The robbery happened on October 6, and investigators are still looking for suspects. 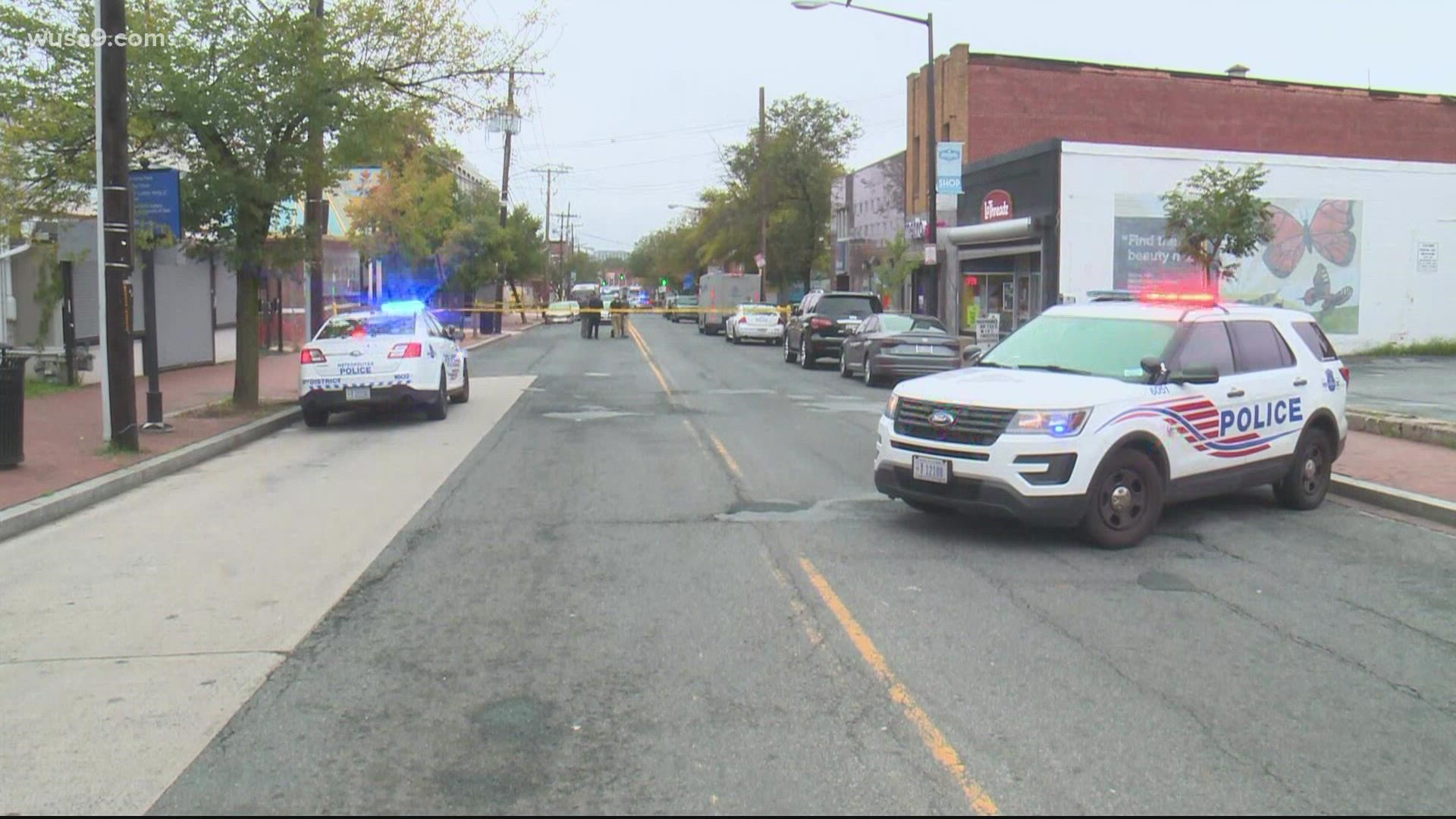 The robbery happened around 9:20 a.m. in the 1300 block of Good Hope Road Southeast, Metropolitan Police Department investigators said. The suspects brandished firearms and took money and property from a security guard, then took off in a blue SUV, according to police.

Detectives did not say how much money, or what property, the suspects made off with.

Two of the suspects were captured by a nearby surveillance camera and can be seen in surveillance photos released by MPD.

In a tweet Wednesday, the police department said they are on the lookout for three men, all-around 5 feet 11 inches tall and 200 pounds between the ages of 35 and 40 years old. Police said the suspects were all wearing black pants and black jackets with bulletproof vests worn on top of the jackets.

Anyone who can identify the individuals in the above photos should call law enforcement at 202-727-9099 or text the department's tip line at 50411. The Metropolitan Police Department has partnered with the FBI's Washington Field Office to offer a a combined $20,000 reward to anyone with information about the suspects in this case.

The investigation is active and ongoing.