Police said the incident happened while the couple's 8-year-old son was home. He is physically okay. 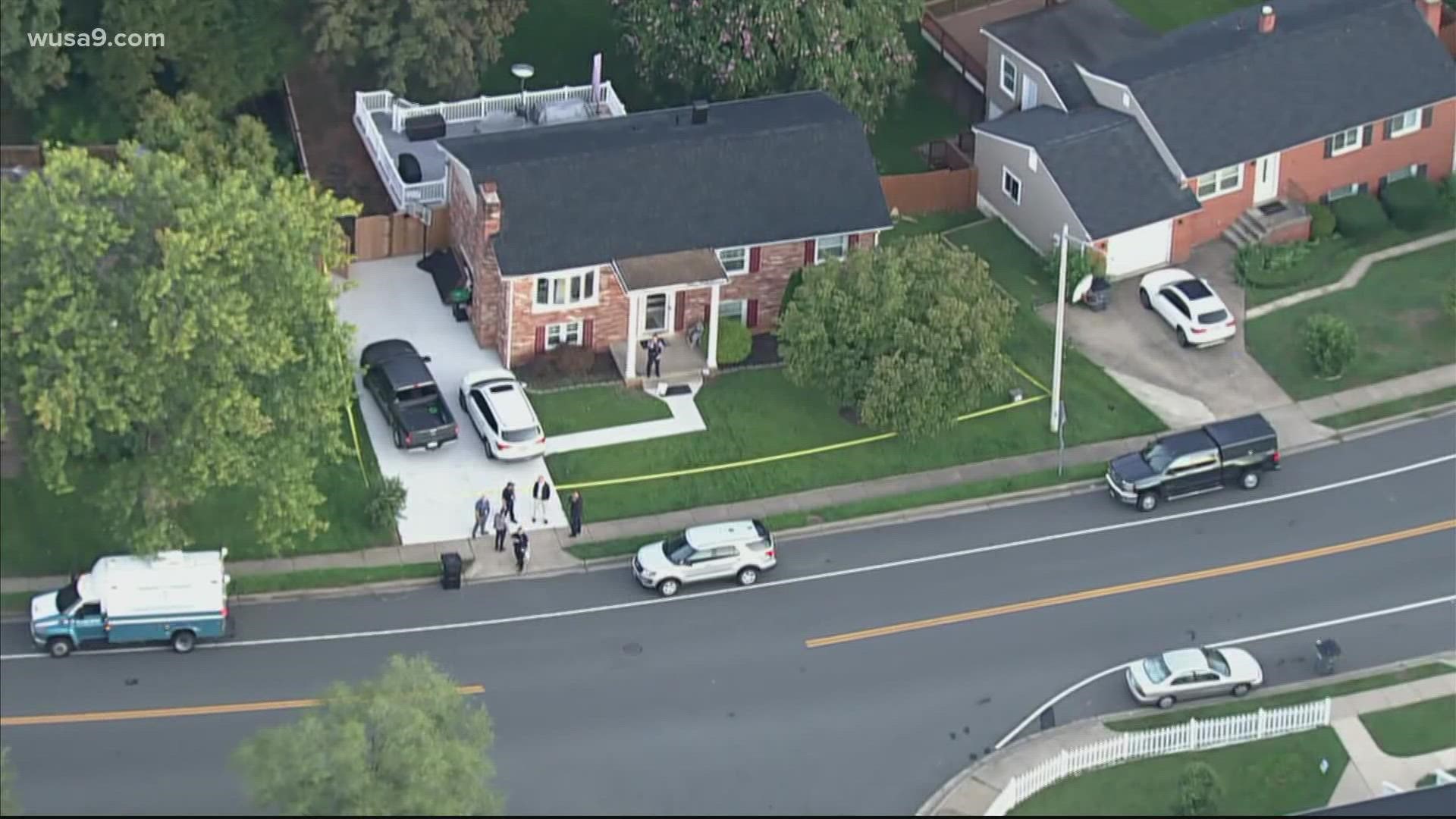 Police said they responded to a call for a domestic dispute on the 14700 block of Darbydale Avenue in Woodbridge at 2:23 a.m.

When they arrived, they said they found 55-year-old Darin Carlyle Moore and his 52-year-old wife suffering from gunshot wounds. Moore was pronounced dead on scene.

Police said they transported Moore's wife to the hospital in critical condition with a gunshot wound to the head. As of Friday evening, police said she's still critical.

Gregory Bowles said he was outside of his girlfriend's home a few houses down when he heard the shots.

“All of a sudden, I heard [what] sounded like a small-caliber gun –all I heard was one shot at the time. And like 15 minutes later… I saw blue lights up the road and it blocked off," Bowles said. "And I seen it was like 15-20 cops come by the car…One just pushed me back in the car and told me to stay where the bleep I was at and don't move. They had shields, assault rifles, shotguns, pistols all drawed.”

🚨@PWCPolice are investigating a "domestic shooting" that left 55-year-old Darin Moore dead and his wife in critical condition in the hospital.

They say their 8 y/o son was in the home when it happened around 2 a.m.

On @wusa9 at 5 - hear from a neighbor who knows the couple. pic.twitter.com/Eo4FB0U97p

Police said the couple's 8-year-old son was at home in another room at the time of the shooting. They said he is physically okay and with a family member.

They said the couple also has another child in their teens who was not home at the time.

Bowles said he had heard the couple fighting earlier in the night.

Isabel Molina has lived across the street from the couple for four years and was shocked to hear what happened this morning.

“The truth is I’m very afraid, very sad, because they seemed, from what I saw a stable couple," Molina said in Spanish. "They were always playing outside with their son.”

Molina said the shots woke her up and she saw police surround the home and had been worried what happened.

She said her grandson goes to school with their son.

Police said they are waiting for the Medical Examiner's report to release more details, including who fired the shots.