The victim has been identified as 31-year-old Clifton Smith, according to DC Police. A woman was also injured but is still alive, police said. 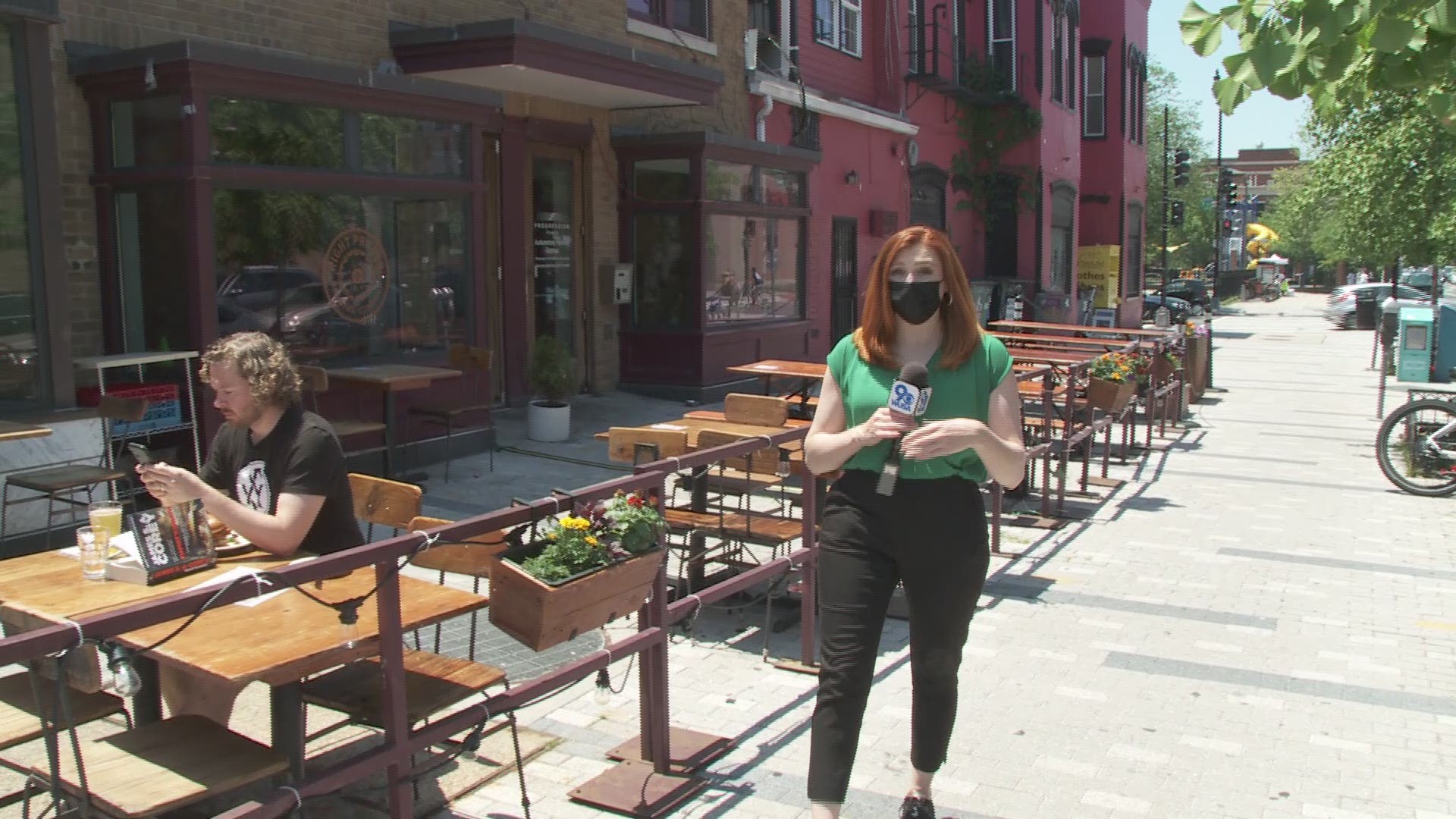 A man was shot and killed across the street from Right Proper Brewing Company in the Shaw neighborhood of Northwest D.C. on Friday night, according to D.C.'s Metropolitan Police Department.

At around 9:45 p.m., officers responded to the 600 block of T Street in Northwest D.C. for sounds of gunshots, D.C. Police said.

Several people, including Smith and the woman, were hanging out near the Wells Fargo on the corner, when a silver/gray sedan pulled up and fired several rounds at the people standing outside, D.C. Police said.

Witnesses and MPD's original tweet said the car was an Infiniti with Maryland tags.

Was having late dinner with friends when this went down & jumped under tables before my friends ran out after to help the victim. We have GOT to get guns off our streets. Dangerous, reckless, & pointless. Victim seems stable. This shouldn’t be our every day https://t.co/4ROBQ4R4eX

“It was like eight or nine bullets, so it’s definitely terrifying," Patrick Lewis, who works for Right Proper Brewing Company said. "It was really, really close.”

Lewis was tending bar inside the brew pub when the shots rang out.

“Everybody was just taking off in different directions, whether it was like inside behind the bar or the office in the back, so a lot of abandoned plates and beers and things like that," he said.

Lewis estimated that there were about 10 customers sitting on the patio and 20 to 30 inside when the shooting happened.

D.C. metro area native Julian Patterson was eating dinner inside the pub with his husband and friends at the time.

He rushed out to help as he saw the car drive away. He said he ran toward a woman he heard screaming and saw Smith lying on the ground. As he tried to comfort him, he called 911.

“It became apparent that he had multiple gunshot wounds, and it must have been at close range, because he had shells all around him. He had shells underneath his body," Patterson said. "So, I just kept talking to him until some other people came.”

He said police arrived in about five minutes.

When police arrived, they said they found a woman and man who had been shot.

D.C. Fire and Emergency Medical Services arrived and took the victims to a hospital.

After lifesaving efforts failed, the man died due to his injuries, according to police.

Police said the woman is injured but alive.

The violence in our neighborhood has become markedly worse since the pandemic. We need the help of @MayorBowser, @DCPoliceDept and our community to make it safe for our staff and guests. https://t.co/yGigT5S8ZP

A day later, employees at Right Proper are still traumatized, with staff saying that some took Saturday off.

The company put out a tweet Saturday, saying, "The violence in our neighborhood has become markedly worse since the pandemic. We need the help of @MayorBowser, @DCPoliceDept and our community to make it safe for our staff and guests."

“As long as we just get a police presence here that isn’t too overwhelming, then I think things will start to get slightly better perhaps," Lewis said.

Regardless, Patterson said what he witnessed does not deter him from going out in this nightlife hot spot.

D.C. Police are looking for a silver Infiniti with unknown Maryland tags.

RELATED: 1 dead after car crashed into pole, burst into flames