The man was taken to the hospital with life-threatening injuries, and later arrested, according to police. 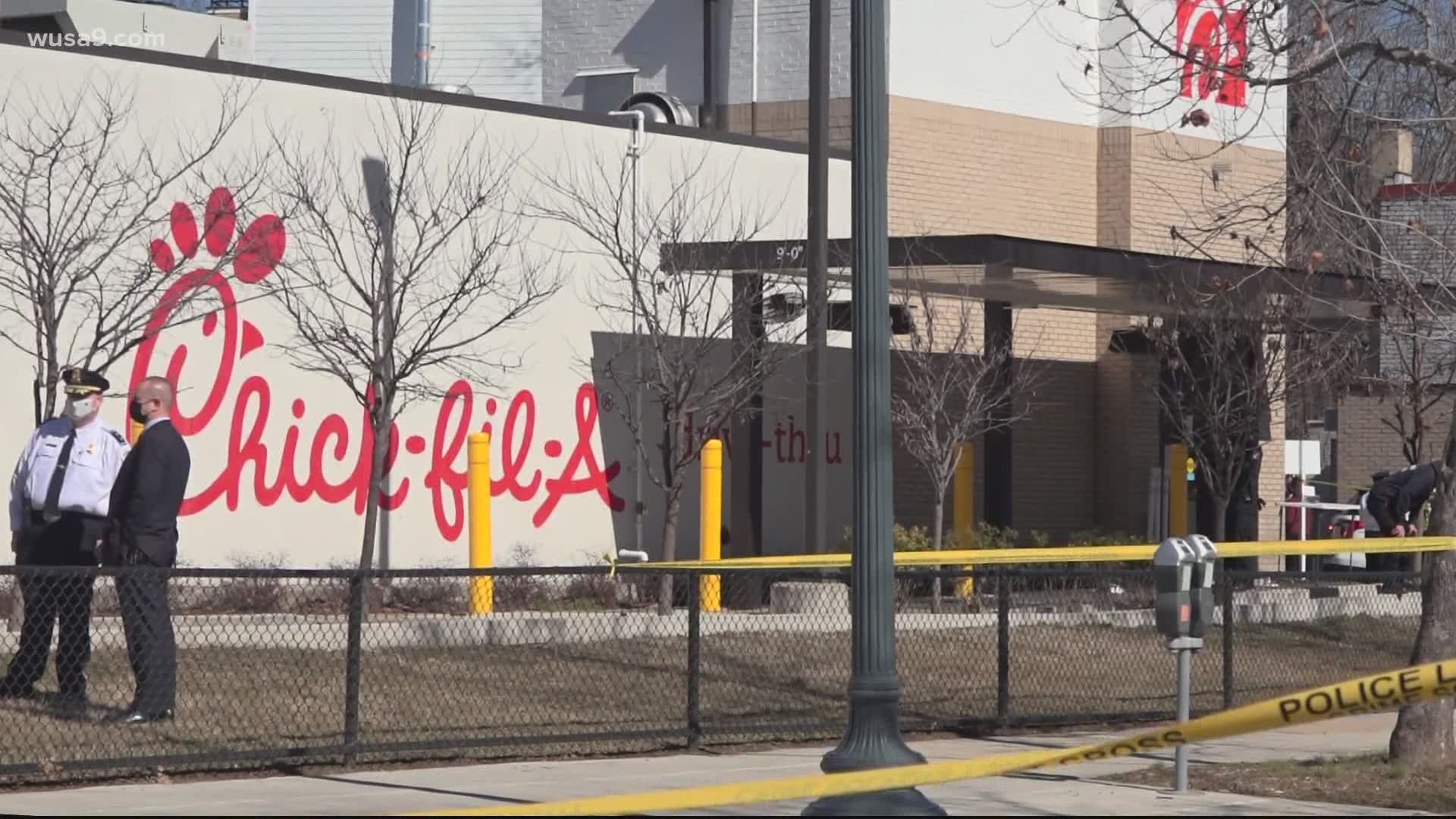 WASHINGTON — A man was shot outside a Chick-fil-A restaurant in Northeast, D.C., according to DC Police.

Following an investigation by the Metropolitan Police Department, detectives determined that the man, identified as 27-year-old Davon Robinson entered the restaurant around noon on Thursday, armed with a gun, and demanded cash from the register. The Chick-fil-A worker opened the register, and the man made off with some money, but MPD did not say how much.

A spokesperson for Chick-fil-A said a man robbed an employee at gunpoint. However, witnesses said the gunman didn’t get very far.

A customer in line for the drive-thru said a security guard quickly turned the corner and shot the man at least once. The customer said since the shot was in his vehicle’s direction, he and his passenger had to duck for cover.

The security guard, an MPD Special Police Officer employed by the restaurant, fired and struck Robinson, according to police.

“We saw his body going through the window,” the witness described. “Then the security guard came around and shot him without saying anything.”

The Chick-fil-A on Maryland Ave in NE remains an active crime scene after witnesses say a man who tried to rob a drive-thru employee was shot by a security guard. We’re working to get more info. @wusa9 pic.twitter.com/NJLevTG8Qw

Information released by police on Friday did not say how many times the security guard fired, but witnesses said they only heard one gunshot.

“When I went over there you could see the guy laying on the ground,” another witness said. “It’s nothing but money around him. He was not in a car but he was on the ground laying outside and then police tried to revive him.”

Robinson's gun was recovered from the scene.

Robinson was taken to the hospital for treatment of life-threatening injuries. Robinson has been arrested and faces multiple charges, including armed robbery and assault. MPD said he was also charged for a separate shooting that happened on August 21, 2020, in the 3000 block of Martin Luther King Jr. Avenue.

MPD says officers' body worn cameras were on at the time of the incident, and the footage is being reviewed.

This is an ongoing investigation and WUSA9 will update this story as new information becomes available.