DC Fire and Emergency Medical Services responded to the home on Saturday evening. 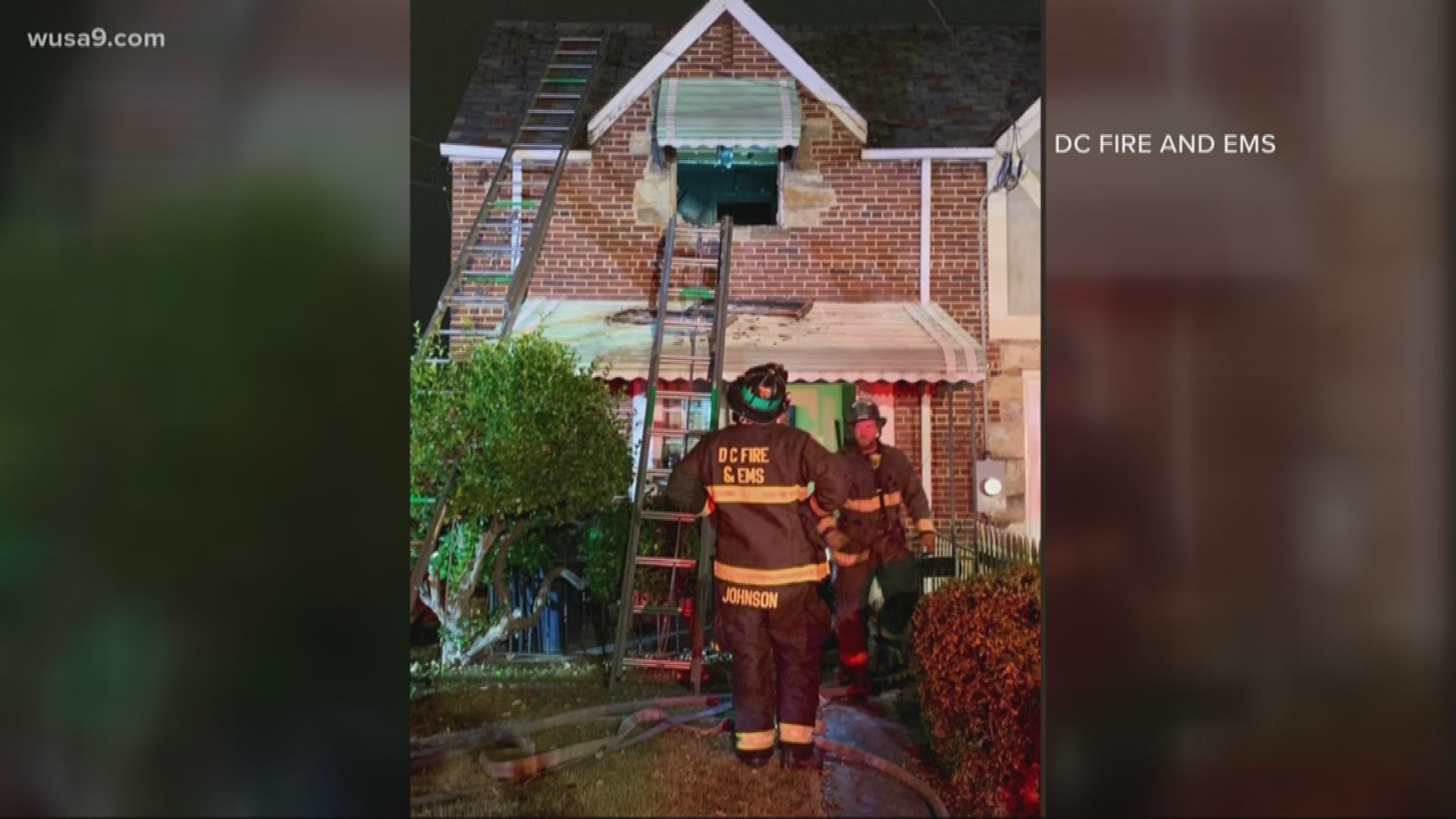 WASHINGTON — Two D.C. residents are displaced and a pet has died after a fire broke out in a Northeast home Saturday night, according to D.C. Fire and Emergency Medical Services.

Fire officials were called to the 3900 block of Blaine Street NE around 6:30 p.m., where flames broke out on the second floor of the 2-story home.

Fire officials said they were able to put the fire out in fifteen minutes and were able to prevent the flames from spreading to an attached home next door. Flames were contained to the second floor.

Officials said that there are no injuries and that the American Red Cross of the Northern Capital Region is assisting the two residents who have been displaced.

Investigators arrived at the scene to determine what caused the fire to break out.

Fire officials said the occupants recently removed a smoke detector from the wall after it was activated by smoke as a result of cooking. "This could have had tragic consequences if fire took place while residents were asleep. Please keep your smoke alarms operational," D.C. Fire and EMS said in a tweet.

The fire came just one day after a man jumped out of a second-story apartment window after flames threatened a Cider Mills apartment building.

According to officials, six adults and four children were treated in the fire, mostly for inhaling smoke. Around 45 people were displaced.