Scam alert: No, your Social Security number is not being canceled

The Colorado Bureau of Investigation said this is the No. 1 scam in the country right now. 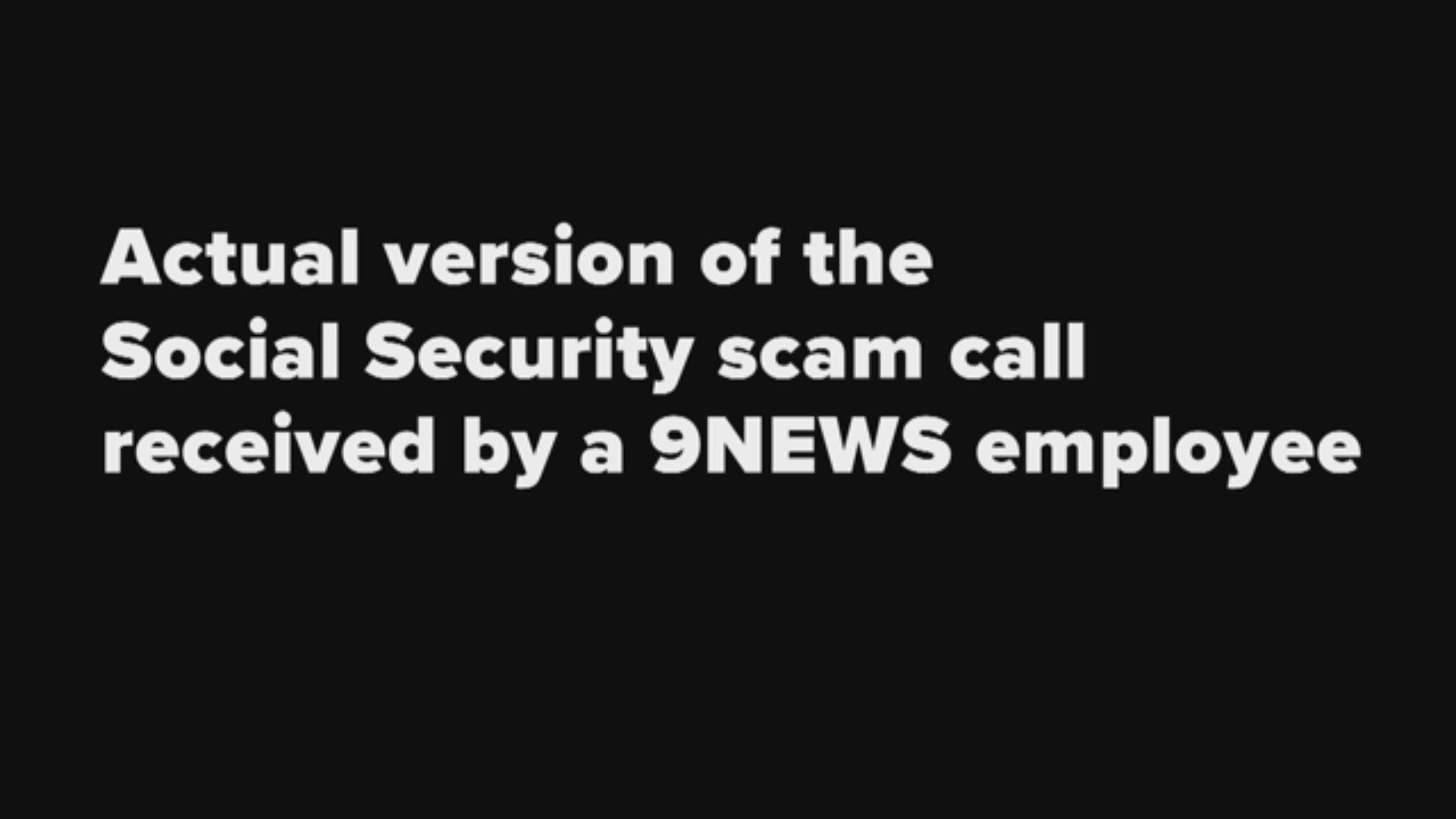 If you’ve gotten a call saying your Social Security number is going to be canceled because it’s been involved in some kind of nefarious activity but you can fix the whole situation by buying a gift card, hang up.

That’s because (no surprise here), the Colorado Bureau of Investigation (CBI) said it’s a scam … in fact, it’s the No. 1 scam in the country right now.

Here’s how the call works: The scammer claims they’re either a member of law enforcement or with the Social Security Administration. In many cases, they’ll claim your social was used in connection with something terrible, like child pornography or drug dealing, and you are in big trouble.

RELATED: Don't fall victim to the 'one ring scam'

Such big trouble it will be canceled, but it can all be solved if you wire the scammer money or buy gift cards.

This should go without saying, but the Social Security Administration and law enforcement don’t work this way. They will never call and say your number is going to be canceled, or you could be arrested.

CBI said if you get a scam call like this to hang up, and if you get a voicemail, to delete it immediately. The scammers are even known to text … again, just ignore it.

RELATED: End of robocalls? Phone companies can block them for you, FCC rules

RELATED: Help could be coming on blocking scam and robocalls

Scam calls have become such a problem that a coalition of attorney generals and phone companies are working to find a solution, according to a news release from the Colorado Attorney General’s Office.

This includes asking providers to implement call-blocking technology and to monitor robocall traffic.

Last year, according to the attorney general, Coloradans received an estimated 120 million robocalls — averaging 20 of those annoying interactions per resident.