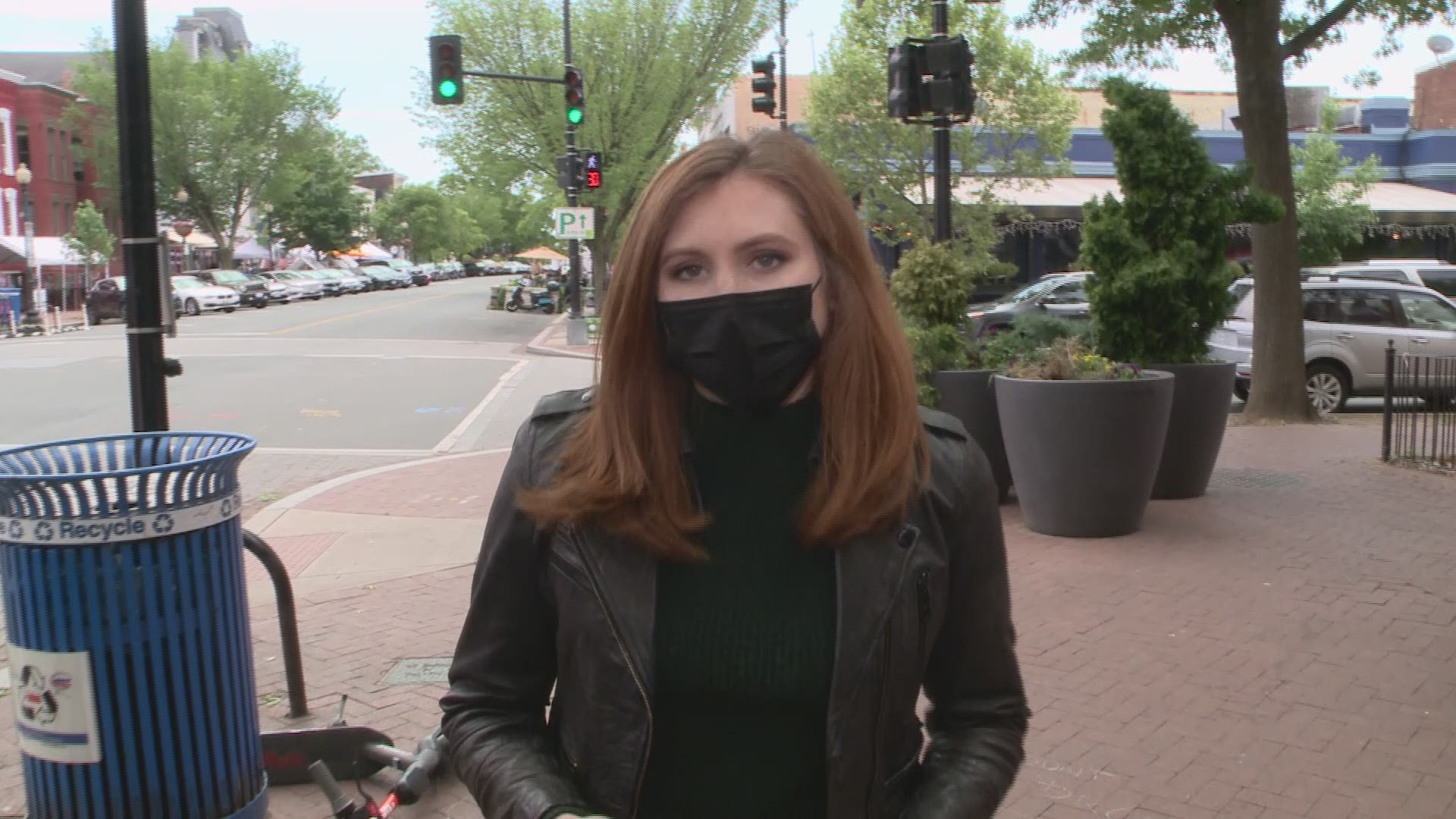 WASHINGTON — Metropolitan Police Department detectives are currently investigating a homicide that happened in the 400 block of 8th Street, Southeast on Saturday. Nearby business owners say the block has been a problem for a while.

At around 5:45 p.m., police responded to a reported stabbing near the corner of 8th and E Streets SE, not too far from the Eastern Market Metro Station. When officers arrived, they found a man who had been stabbed to death.

Police identified him as 29-year-old Keith Frye from Southeast, D.C.

As officers taped off the block, customers were arriving to the rows of restaurants for dinner...like Mekki Restaurant a block down, where general manager Siham Zouine works.

“They closed off the entire street. There were a lot of people here," she said. "It's a concern for us, because we want the safety for our customers and everybody else to feel safe, especially when dining outside. So it can be a little bit scary.”

#BREAKING: @DCPoliceDept say this is now a homicide investigation.

Zouine and Vincent Ford, who works at the pet shop Howl to the Chief, said the 400 block of 8th Street, Southeast has been a problem for a while.

“It's like when the restaurants end, and I guess fast food stuff picks up it changes," Ford said. "It's like night and day. You go across the street, [it] is a whole 'nother territory.”

Zouine said not too long ago, there was a shooting nearby. Both she and Ford also said a lot of people who are homeless congregate there and will often approach customers as they head to the metro stop after meals.

“A lot of people will go around that because they don't know [if it] is going to be a good experience or a bad experience," Ford said.

Zouine said as they open back up, customers still prefer to sit outside because of the pandemic.

"But when they see stuff like that it kind of drives them away a little bit," she said.

While D.C. crime data shows that this Advisory Neighborhood Commission district (6B) is reporting the same number of violent crimes as last year as of Sunday, May 9, Zouine and Ford think the block needs a clean slate.

Police said they are looking for a tall, slim Black man wearing a red Cavaliers hat with a yellow logo, a light green/gray jacket with a gray hoodie underneath, and blue/gray skinny jeans.

Last weekend, MPD said six people were shot in three separate shootings within three hours in the afternoon. Two more shootings happened in the early evening. In total, eight people were shot Sunday and one man was stabbed; three of the victims died, according to MPD.

Anyone with information is asked to call the police at 202-727-9099. Additionally, anonymous information may be submitted to the department's TEXT TIP LINE by sending a text message to 50411.