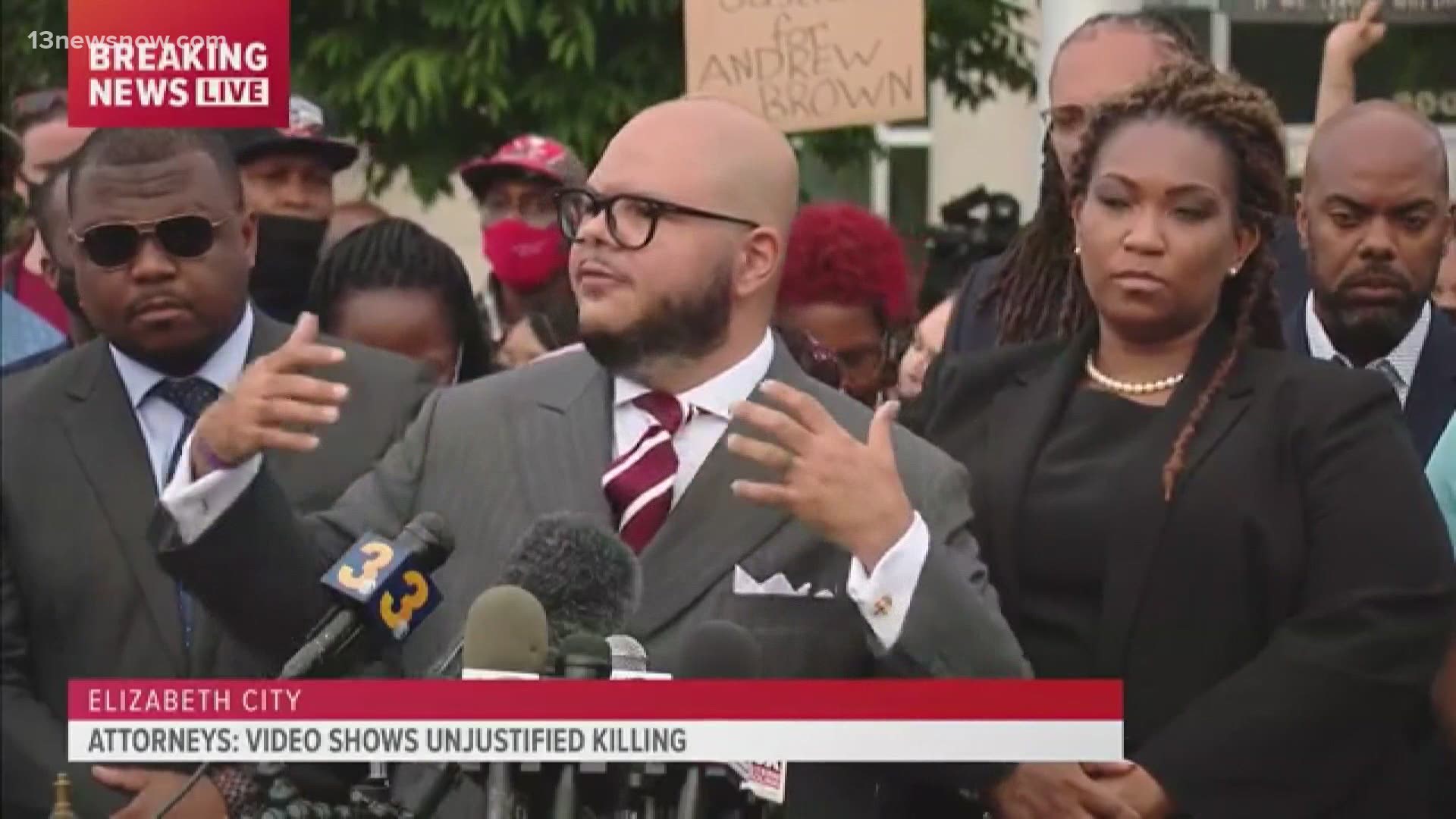 ELIZABETH CITY, N.C. — It was as if Pasquotank County District Attorney Andrew Womble and an attorney for Andrew Brown Junior's family were watching two completely different sets of video.

Womble calls the shooting death of Brown by sheriff's deputies justified. Attorney Chance Lynch says the opposite. They both use the same video to back up their positions.

After viewing 20 minutes of video last week, Lynch told reporters outside the Pasquotank County courthouse that deputies initiated the contact with Brown, contradicting earlier statements by Womble that Brown made contact twice with deputies using his car, an assertion he repeated in a Tuesday news conference in which he revealed deputies would not face criminal charges in Brown's death.

"Brown continued the felonious assault by using his vehicle as a deadly weapon and made contact a second time with Deputy Lunsford," Womble said.

Lynch told reporters that the contact was initiated by the deputies and the video appears to support that, once when a deputy places his hands on the car door handle and another Womble describes as a deputy using "his left hand to push off of the hood."

Credit: Andrew Womble
A deputy appears to make contact with Andrew Brown's car as he is trying to flee deputies

"He turned his wheel to the left to turn it away from the officers," Lynch said.

Womble described that move as Brown using his car as a deadly weapon driving in the direction of deputies. "He turned the car to the left, directly at law enforcement officers who had now surrounded his vehicle."

The video shows Brown turning his wheel to the left to flee as his vehicle gets within feet of one deputy.

Credit: Andrew Womble
Brown makes a left turn away from officers coming within feet of one deputy

Deputies continued to fire their guns as Brown was driving away from them. The fatal shot was to the back of the head.

Family attorney Bakari Sellers previously asked Womble to recuse himself from the case, believing Womble is not impartial in considering a case against law enforcement officers.

Sellers told ABC News the video and Womble's decision not to charge the deputies prove his point.