The dog suffered critical injuries and was later euthanized, according to police. 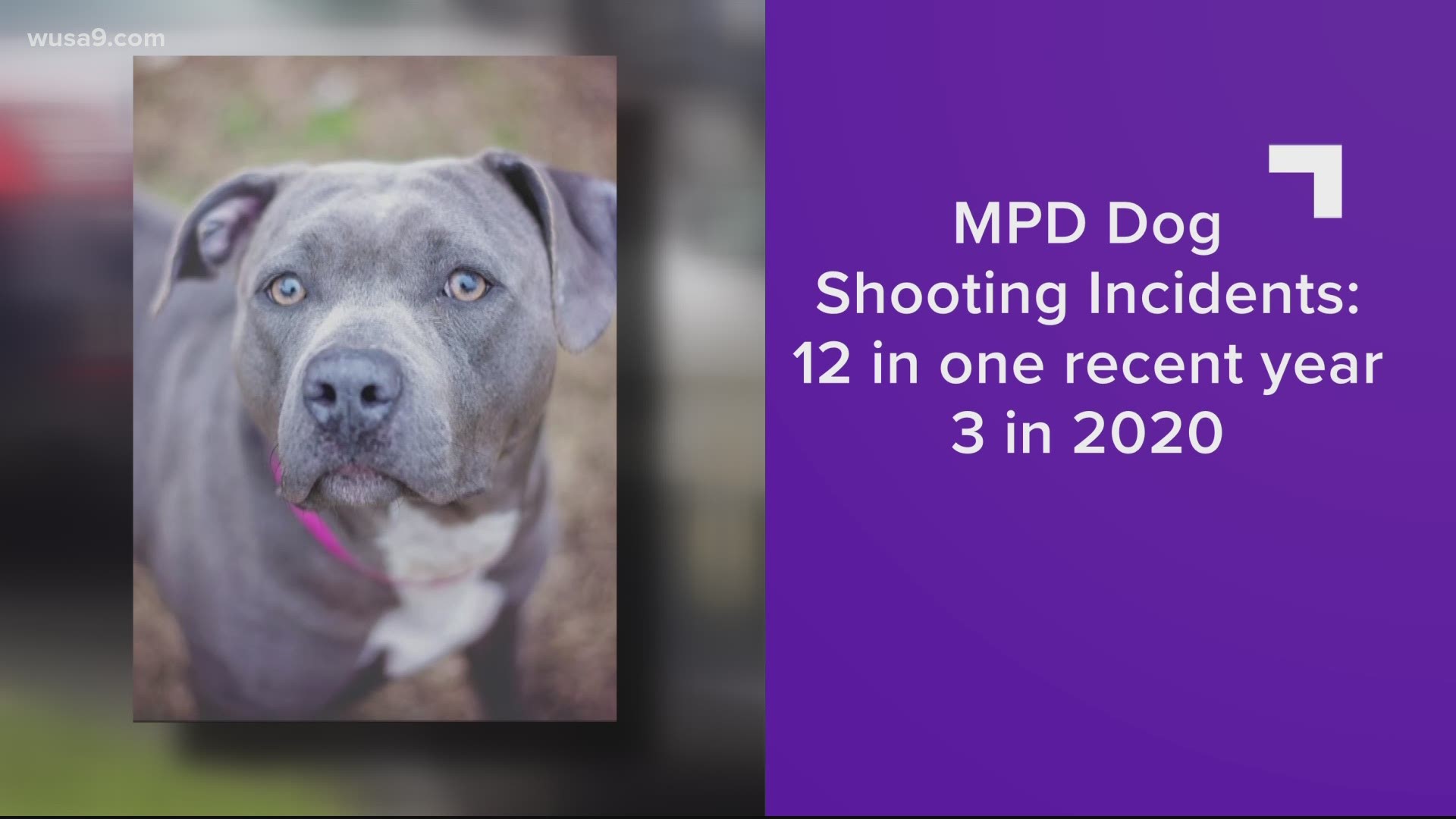 PRINCE GEORGE'S COUNTY, Md. — Two Prince George's County police officers have been suspended and a third officer has been placed on administrative leave after a dog was shot and tased on Wednesday evening.

According to Prince George's County Police, two of the officers responded to the 6900 block of Allison Street at around 7:30 on Wednesday for a report of a dog bite. Once on the scene, the two met with a victim who told the officers she had just been bitten by two large dogs and suffered multiple bite wounds.

While waiting for Prince George's County EMS to arrive, the two officers then attempted to locate the apartment where the dogs were said to live.

The three officers immediately encountered several residents who were inside the apartment. A short time later, Prince George's County Police said a dog approached the officers in the kitchen area. Two of the officers discharged their duty weapons at the dog, while another officer tased the dog.

The dog suffered critical injuries and was later euthanized, according to police.

Based on a preliminary investigation, Acting Chief Malik Aziz suspended two of the officers and placed the third officer on administrative leave.

“I assure all officers and members of the community that this incident will be thoroughly investigated,” Aziz said in a statement to WUSA9.

The involved officers are all assigned to the Bureau of Patrol. The Prince George’s County Police Department has consulted with the State’s Attorney’s Office on this investigation, police said.

Anyone with information that could assist investigators with this investigation is asked to call the Internal Affairs Division at 301-352-1200.