Prince William County Police are searching for 18-year-old Jamarion Dawan Jackson, for whom an arrest warrant has been issued. 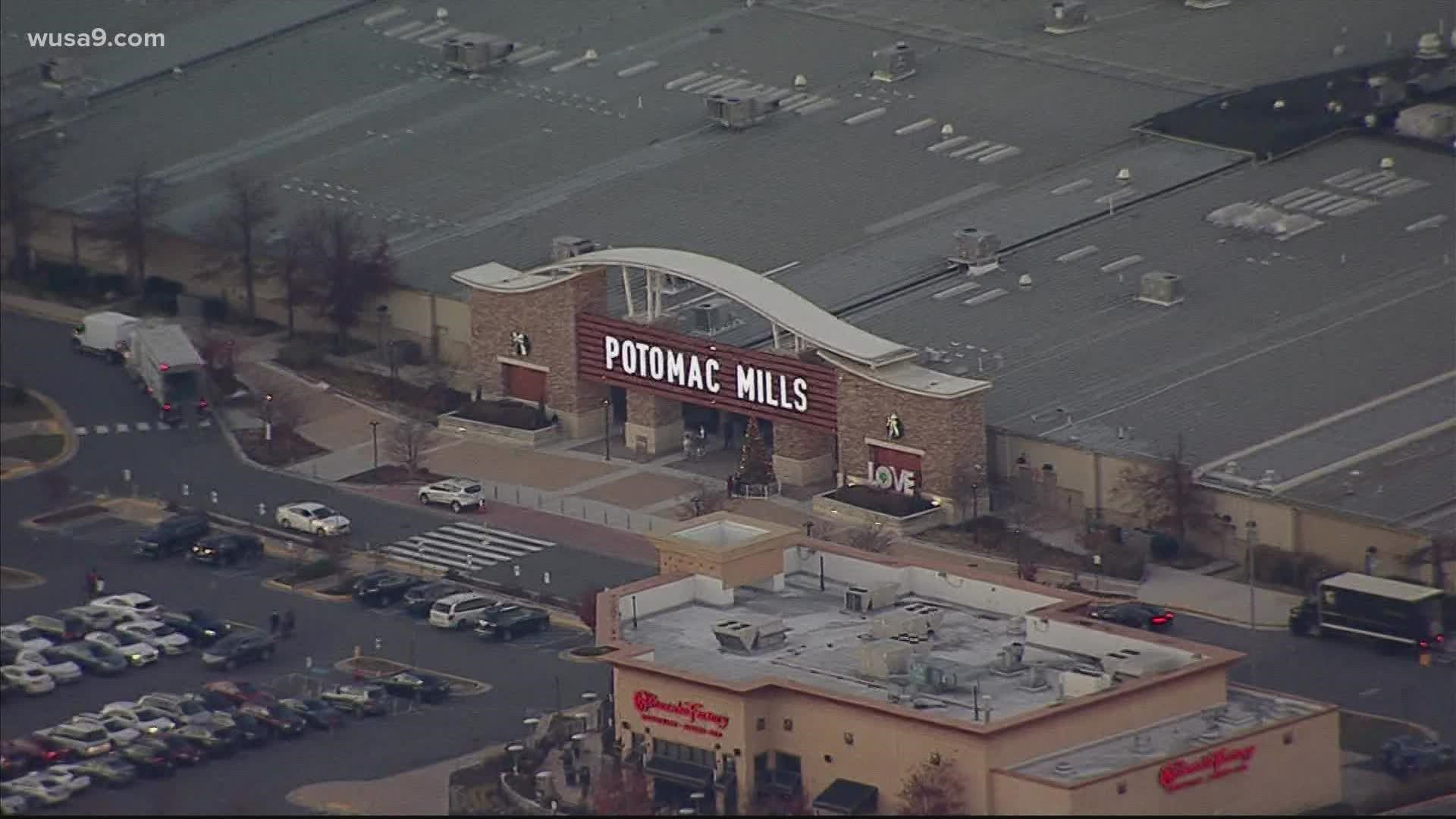 Prince William County Police have identified a suspect in a mall shooting after a fight between two men inside a store led to shots being fired. An arrest warrant has been issued for 18-year-old Jamarion Dawan Jackson of Triangle, Virginia.

At 3:07 p.m. on Nov. 18, PWCPD officers responded to Potomac Mills mall in Woodbridge to investigate a shooting inside Fashion Mechanics. Police said a 22-year-old man came into the store and approached Jackson, who was shopping, and the two men got into a fight. During the fight, Jackson allegedly pulled out a gun he was carrying and fired several rounds, shooting the 22-year-old man in the lower body. Both men fled the store before police arrived.

"One customer came in and purchased something and another customer came in," Fashion Mechanics' owner Al Sheikh said. "I guess they had some type of beef. They started fighting and one pulled out a gun and shot the other guy in the leg, and then they both ran out of the store."

The man shot was treated for minor injuries at a local hospital, and his identity has not been released. None of the store's employees or other customers were injured.

Police said they have been unsuccessful in locating Jackson to arrest him.

Jackson is described by police as a 5-foot-7-inch black man who has short black hair and brown eyes and weighs approximately 150 pounds. No photo of Jackson has been released.

He is wanted on several charges, including aggravated malicious wounding, use of a firearm in commission of a felony, discharging a firearm in an occupied building, possession of a concealed weapon and destruction of property.

Sheikh said he did not know either of the two men who were involved in the incident.

“I’m very angry," he said. "I’m very disappointed at our generation. These kids these days, they need guidance, they need discipline. We got to do better as a community.”

The investigation is ongoing and police are asking anyone with information regarding the incident or Jackson's whereabouts to contact police at 703-792-6500.