Alexandria Police say it originally was called to the 800 block of N. Patrick Street around 9 p.m. after multiple buildings in that area were struck by bullets. 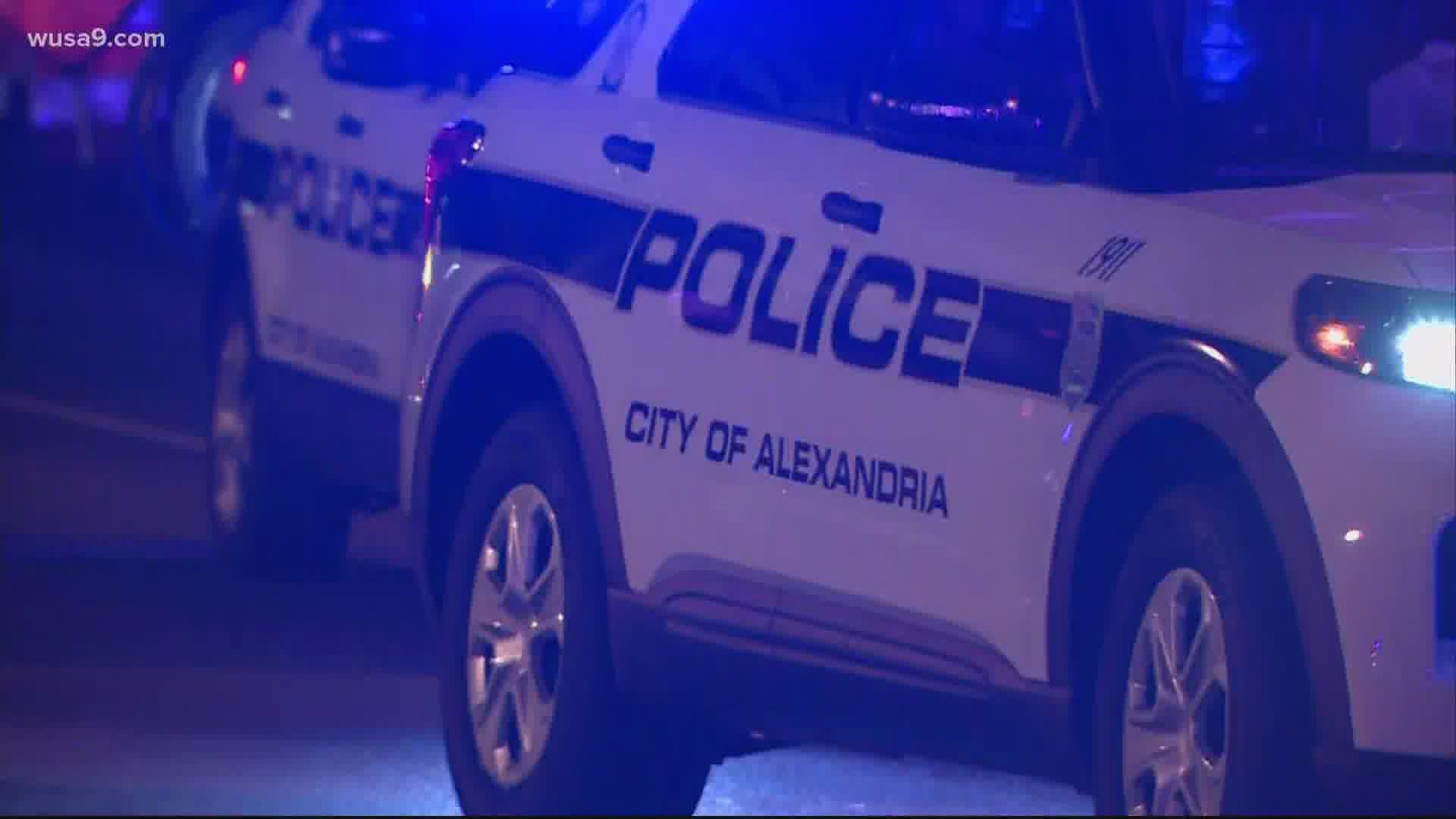 WASHINGTON — Police in both Alexandria and Washington D.C. are investigating a police pursuit that started in northern Virginia and ended in the District, according to the police departments investigating the incident.

Alexandria Police said it originally was called to the 800 block of N. Patrick Street just before 9 p.m. to investigate a "shots fired" call. Upon arrival, police said they located shell casings and discovered several homes and vehicles with evidence of gunshots. Authorities located a suspect vehicle with four people inside, which then drove away.

NOTIFICATION:: APD is investigating a call for “shots fired” in the 800 blk of N. Patrick St that occurred at 8:40pm. Multiple buildings were struck. Officers located a suspect vehicle and initiated a pursuit, which ended in Southeast DC a little after 9pm. (1/2)

The driver exited the vehicle and jumped over the jersey barrier on the overpass, landing below on Malcolm X Avenue in Southeast, police said. While attempting to take the driver into custody, a U.S. Park Police officer deployed an Electronic Control Device (ECD), resulting in several Alexandria Police officer's efforts to take the driver into custody, police said.

The driver, according to police, was conscious and breathing when the ambulance arrived. The driver was transported to a nearby hospital by DC Fire and EMS and was later pronounced dead. MPD identified the driver Thursday afternoon as 35-year-old Anthony Louis.

Three other suspects were taken into custody without incident and are charged with "shooting into an occupied dwelling," police said. The suspects were identified Thursday as 41-year-old Joseph Stokes of D.C., 37-year-old Sean Pendleton of D.C., and 37-year-old Merton Thomas of Alexandria, according to Alexandria Police.

The six Alexandria PD officers involved in the incident have been placed on Administrative Duties, per policy, pending an internal review.