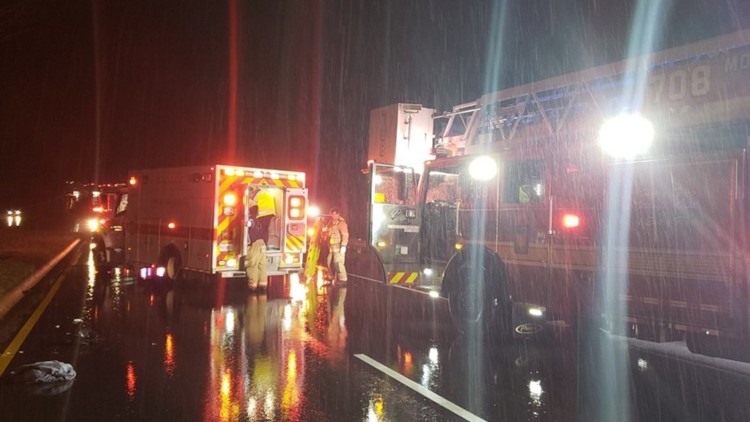 Officers from the 6th District and Montgomery County Fire and Rescue personnel were called to Midcounty Highway at Pier Point Place around 7:05 on Wednesday night in response to a serious collision involving a pedestrian.

According to officials, a 2014 Acura MDX was traveling southbound on Midcounty Highway and was approaching Pier Point place when it struck Gomez. Emergency personnel transported Gomez, who was a resident of Gaithersburg, to a local hospital where he later succumbed to his injuries.

Montgomery County Police said both the driver of the Acura --  44-year-old Joergen Jacala Noveras -- and his passenger did not leave the scene and that neither were injured in the collision.

Police are still investigating the collision and are asking anyone with further details to call the Collision Reconstruction Unit at 240-773-6620.

This is the fourth pedestrian to be hit and killed in Montgomery County so far this year.

RELATED: This street in Old Town Alexandria may become 'pedestrian-only' on weekends

RELATED: Man killed after being struck by car in Springfield, 3rd pedestrian fatality in Fairfax County this year