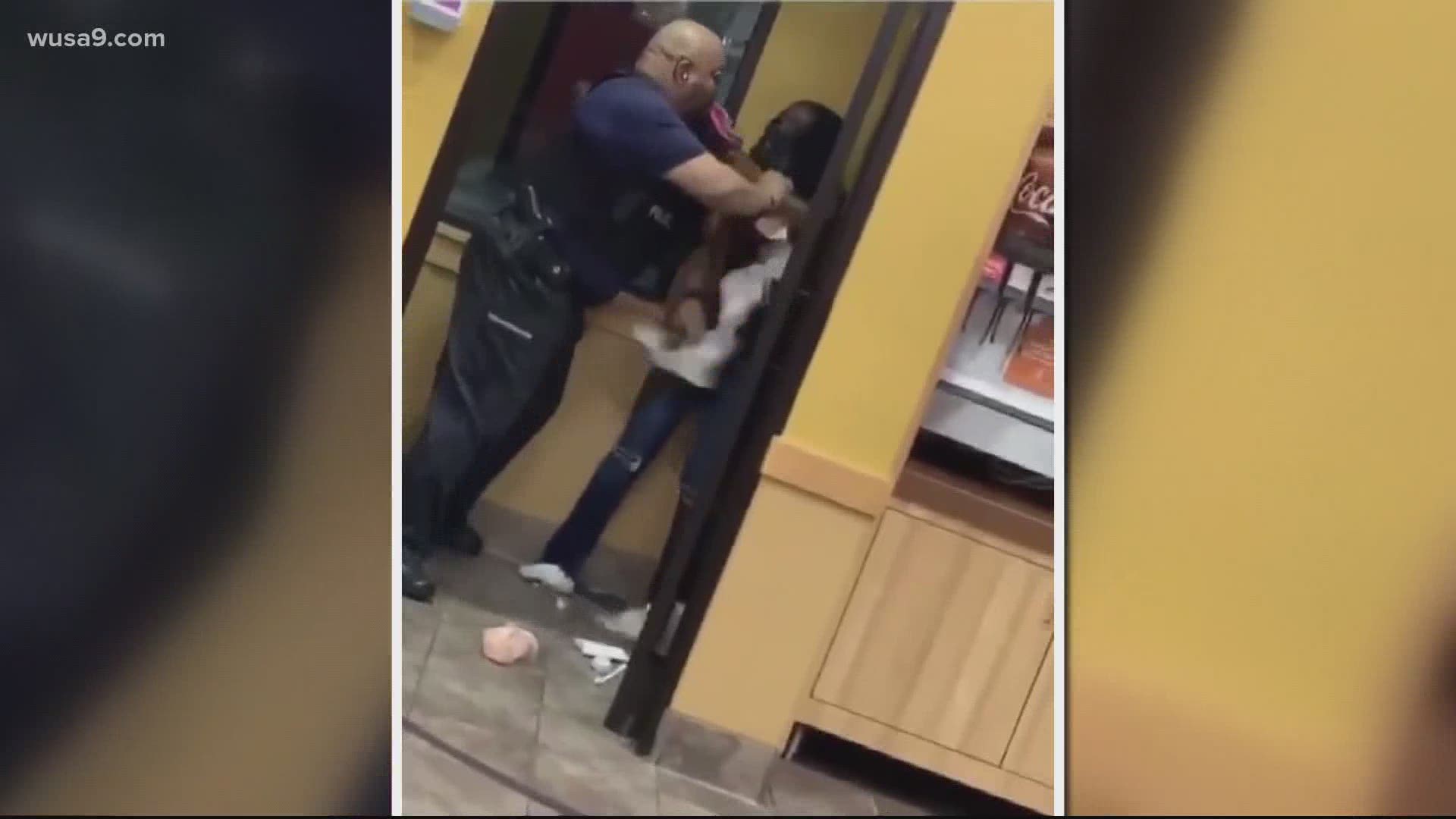 CAPITOL HEIGHTS, Md. — Some Prince George's County leaders are calling for more accountability and oversight of people who work as armed private security guards, following an altercation caught on video at a Popeye’s restaurant between a security guard and customer.

A 24-year old Uber Eats driver, Stephanie Samuels, is accusing an armed security guard of brutalizing her during an argument over what door she was using at the at Ritchie Station Marketplace Popeyes in Capitol Heights Saturday.

“All of the licensing authorities that are involved in this situation should also review and determine whether this individual should continue to carry those licenses to do business as a security guard or to carry a firearm,” Franklin said.

According to court records, Darrell Poston has was the security guard shown in the video. Maryland State Police confirm he is a state-licensed private detective and security guard, but are prohibited by law from revealing to the public if Poston has a permit to wear and carry a gun for his job. 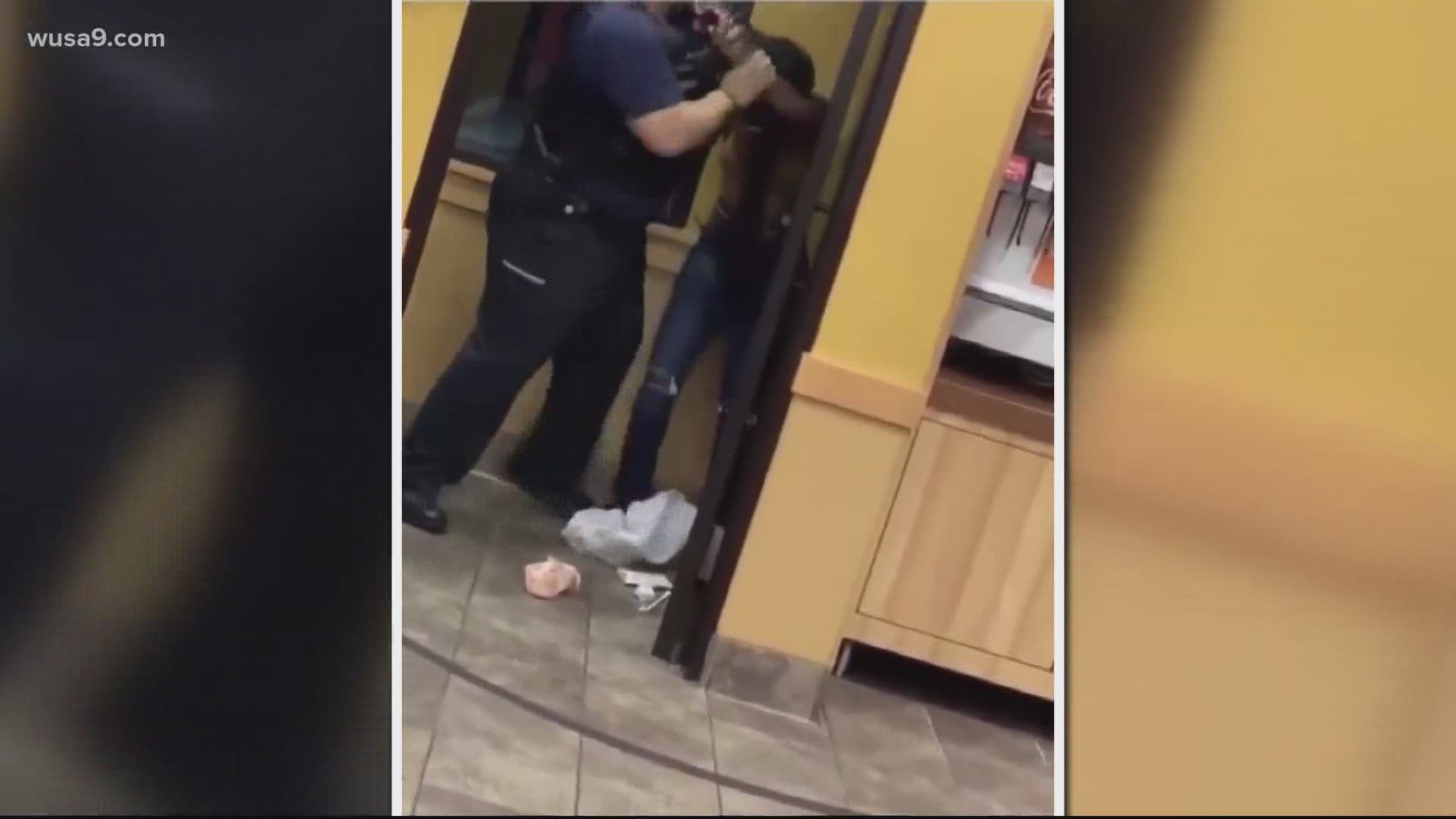 Braveboy is calling on state legislators to increase oversight of security guards.

She noted that the 2020 General Assembly strengthened the training requirements for individuals licensed to function as private "Special Police," a category of private security workers that gives certain police powers while on the job.

Prince George’s County Police said they are investigating the Popeyes incident and will give any information they get to Braveboy for possible charges.

According to court records, Poston has sworn out a second-degree assault complaint accusing Samuels of attacking him first by throwing a drink at him after refusing his demand that she use an exit designated to comply with COVID-19 rules. Poston also accuses Samuels of punching him in the face, causing bruising.

The video appears to show Poston holding Samuels by the neck while attempting to handcuff her. He also appears to be using pepper spray during the struggle.

According to Maryland law, Poston could lose any wear-and-carry gun permit he has if he is ever convicted of a felony. The second-degree assault complaint by Samuels is a misdemeanor.

Braveboy said prosecutors will review both complaints and consider any information provided by Prince George's County Police before deciding whether to move forward with the case. 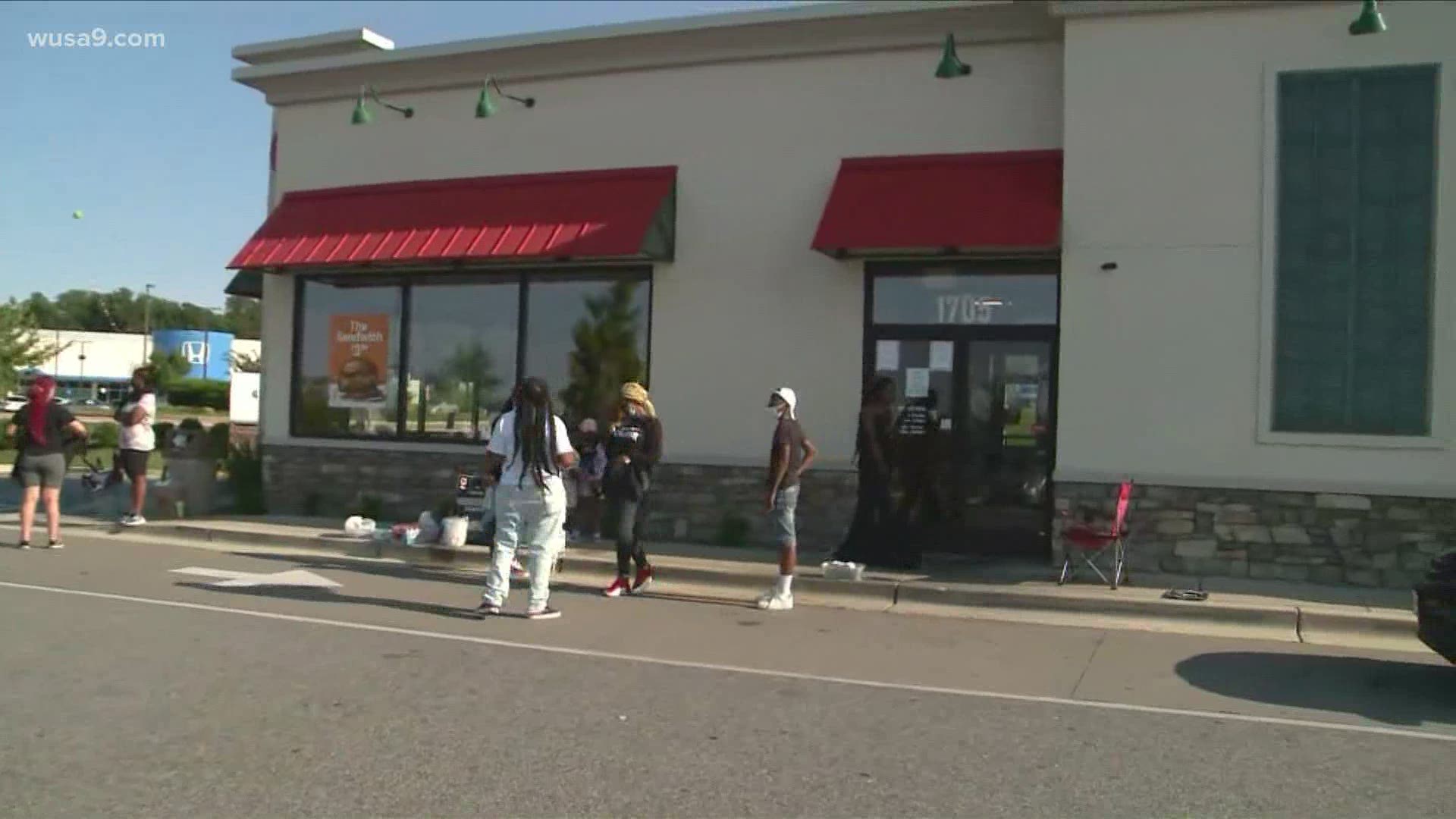