People with information about the incident that took place on July 17 should contact police. 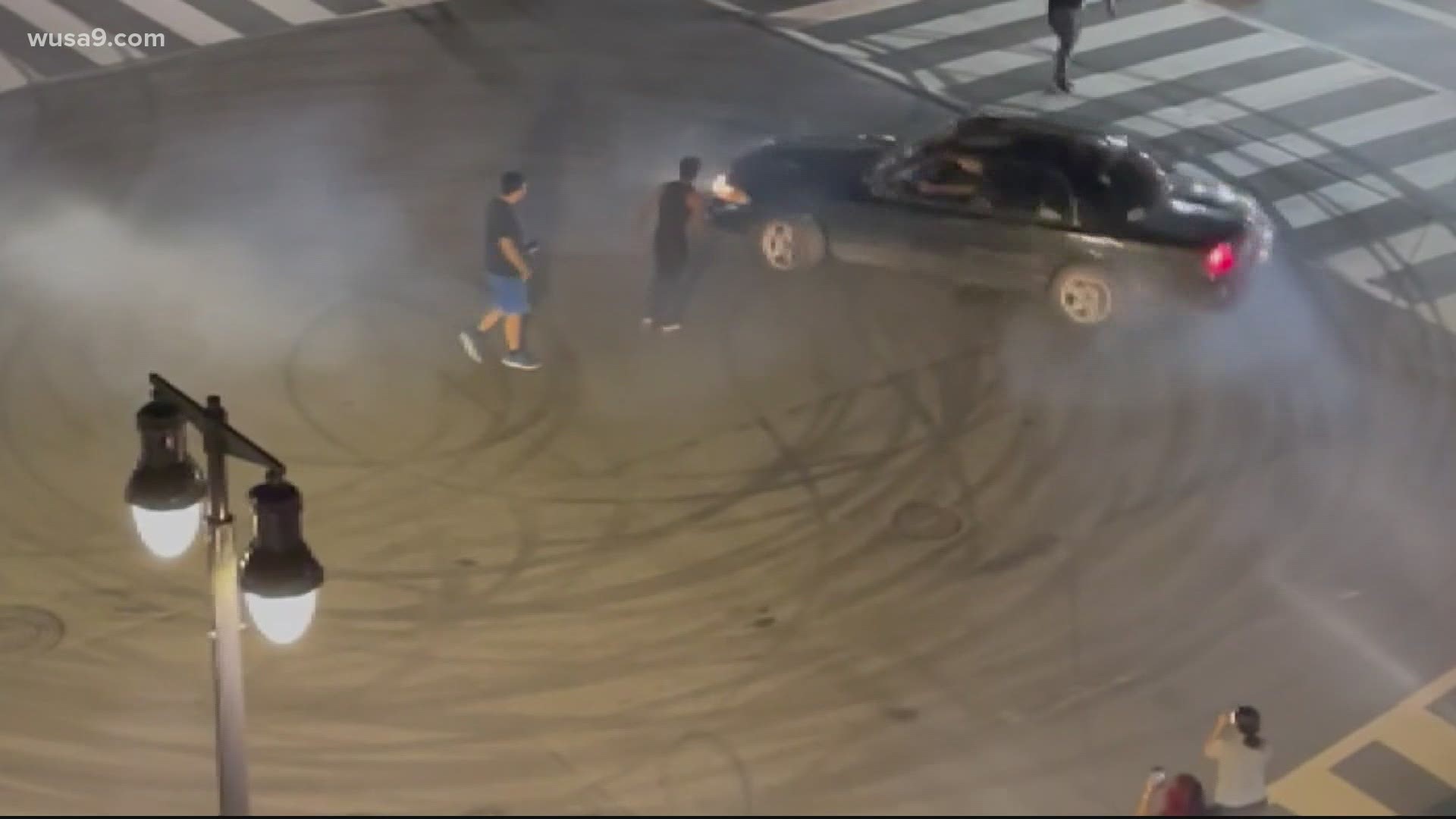 WASHINGTON — Police are searching for drivers caught on video doing donuts in an intersection in Navy Yard over the weekend.

Four vehicles are being sought in connection with a reckless driving incident that occurred on July 17 at the intersection of 4th and Tingley Street SE, D.C. police said.

At approximately 11:30 p.m., police allege that a maroon Dodge Charger, a blue Dodge Charger, a black Dodge Charger, and a black Ford Crown Victoria began recklessly driving in circles at the Navy Yard intersection, about two blocks away from the Nationals' stadium. The suspect vehicles fled the scene before officers arrived, police said.

Police did not provide vehicle license plate numbers, nor did they provide descriptions of the drivers of the suspect vehicles.

In videos of the incident uploaded to social media, it appears that at least two individuals grab on to the outside frame of one of the vehicles and hold on as it proceeds to do donuts. Another video shows fireworks being launched next to one of the suspect cars.

The incident is concerning nearby neighbors who said they noticed more drag racing and illegal and reckless driving behavior in the last two weeks.

"The fact that there are people sitting in the intersection as cars are feet away from them and speeding around them, somebody could've been killed," one witness said. "It seems coordinated and there were actually families standing and watching with very young children."

It also upset Advisory Neighborhood Commissioner Edward Daniels who received calls and videos from other residents. Daniels is hosting the first in-person neighborhood meeting on Thursday night since the pandemic for neighbors to raise any questions to DC Police. He expected the topic to surround public safety after not only the donuts seen on video, but the shooting outside Nationals Park on the same night that injured three people and sent fans scrambling for safety.

"I think all the issues need to be addressed and at this point, it seems these people are testing the limits with what they can get away with before police address and apprehend them," Daniels said. "I think we need more police presence down here in general."

Anyone who can identify the suspect vehicles or who has information about the drivers should call MPD at 202-727-9099 or text the tip line at 50411.

DC Crime Solvers is currently offering a $1,000 reward to anyone who can provide information that leads to the arrest and indictment of the people responsible for this incident.