Montgomery County's Council introduced a new police reform bill that would ban chokeholds and rewrite the use of force policy to emphasize de-escalation. 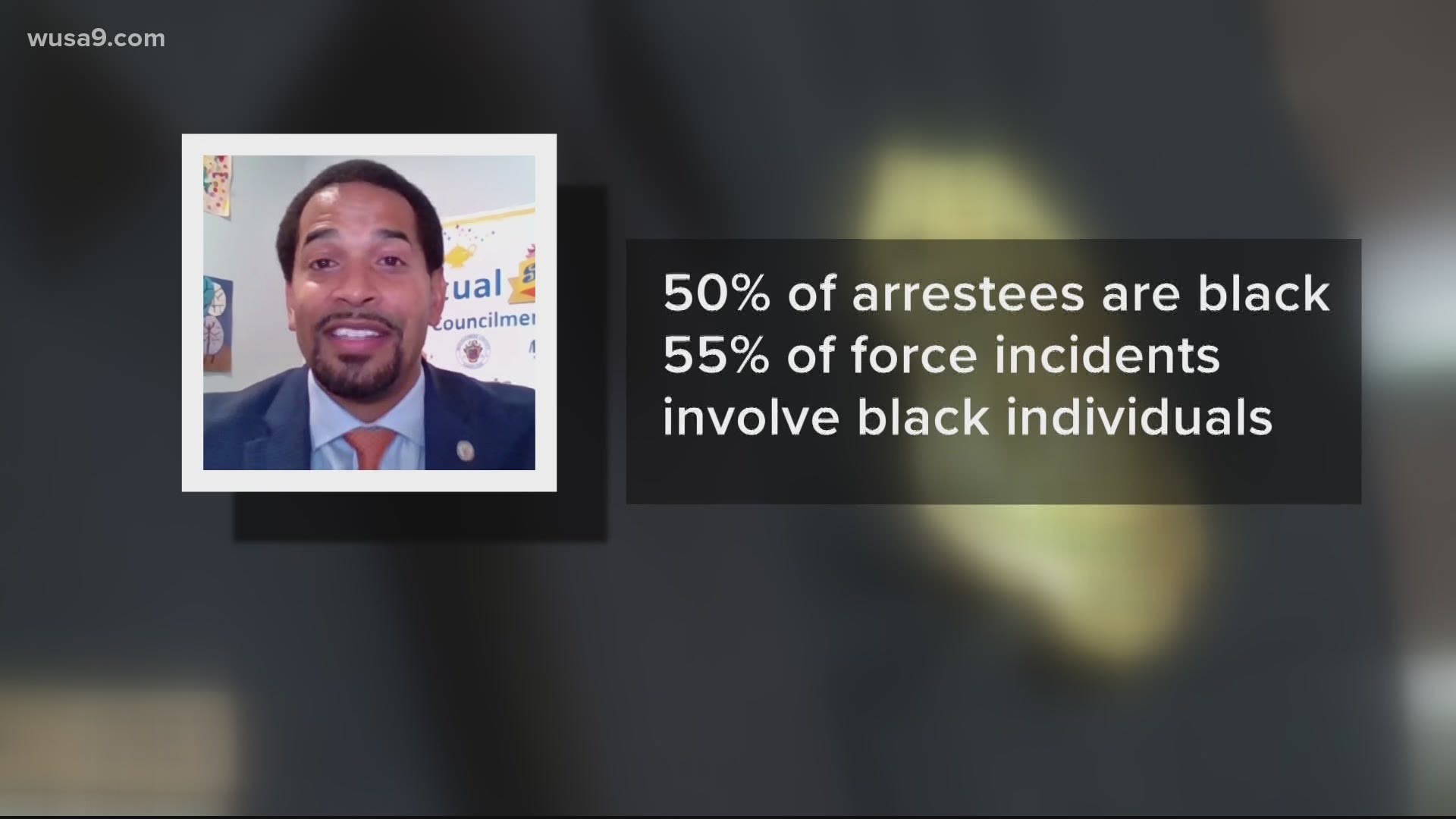 ROCKVILLE, Md. — Montgomery County police officers are now required to intervene when they witness excessive force used by other officers.

County Executive Marc Elrich and representatives of the Fraternal Order of Police Lodge 35, which represents county officers, said the Use of Force Intervention Policy that went into effect on June 11 makes it the duty of every officer present at any scene where physical force is being applied to either stop, or attempt to stop, another officer when force is being inappropriately applied or is no longer required.

“Over the past few years I have watched incidents with questionable behavior by one police officer while other officers have not intervened,” Elrich said. “This agreement is a significant step to clarify the role of any and all officers on the scene.”

FOP Lodge 35 President Torrie Cooke said: “We have always believed that our officers have a duty to intervene when force is applied inappropriately. Working with the community to improve the quality of life and trust should be our priority.”

The announcement was made as Montgomery County's Council introduced a new police reform bill that would also require officers to intervene, as well as a ban on chokeholds, a higher standard for deploying deadly force, and a rewrite of the county's use of force policy to emphasize de-escalation.

The bill would make reforms non-negotiable with the police union.

Jawando said he has repeatedly been the victim of racial profiling by police during his life.

He tweeted about one incident with Maryland State Police in 2019.

An FOP spokesman said officers agree with many reforms, but that the law should not be changed by the Council because the county administration and police chief are in a better position to control policy.