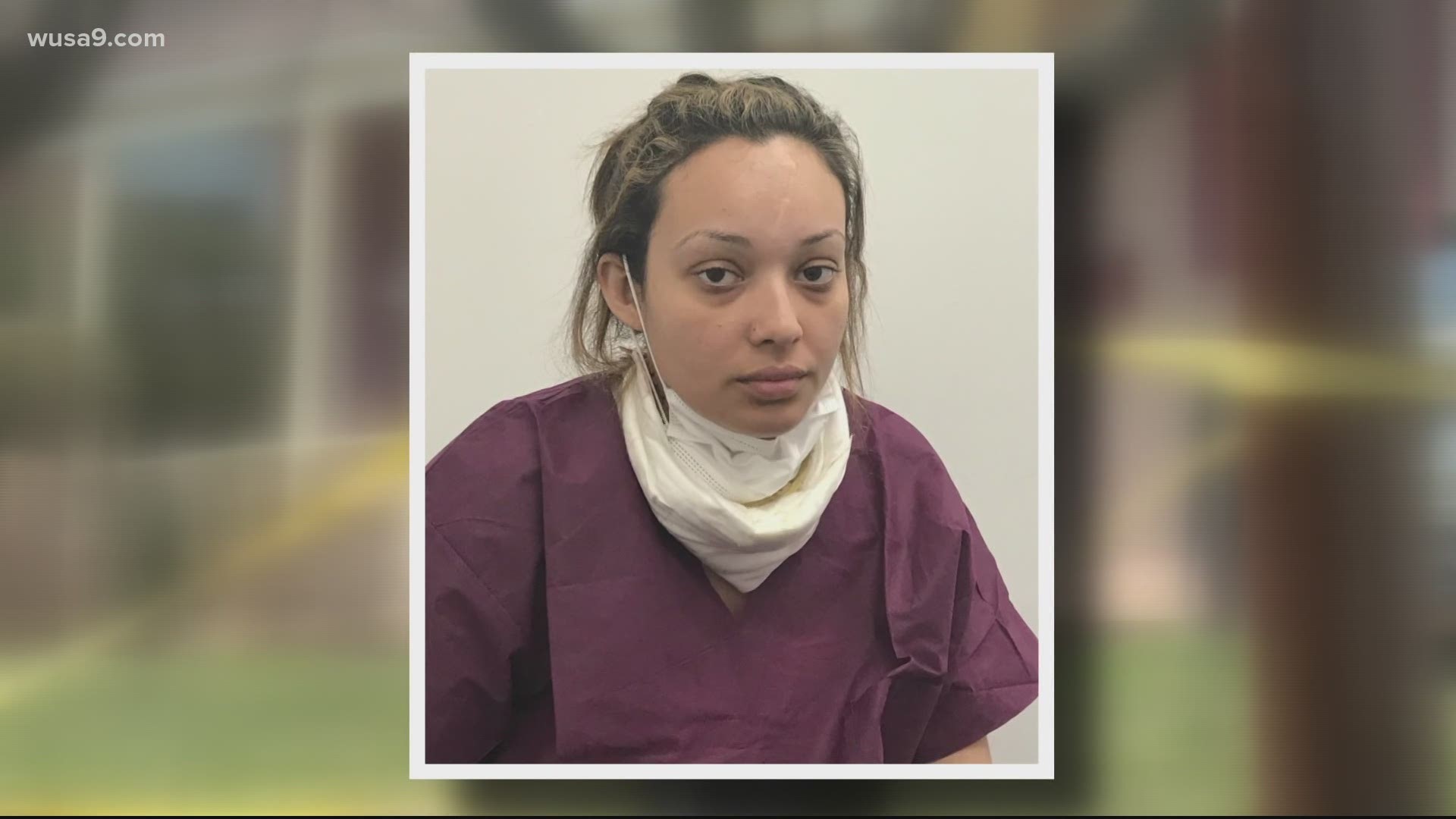 WHEATON-GLENMONT, Md. — Montgomery County Police detectives arrested and charged a 28-year-old mom with the attempted murder of her 3-year-old daughter after they were both found with serious injuries in their Wheaton-Glenmont home Saturday morning. Anne Catherine Akers will receive a court-ordered mental health evaluation before the case moves forward.

According to court documents, Akers' father tried to get into the home hours before the attack was discovered, but investigators say Akers had changed the locks over the weekend. When the father came home Saturday at 2 a.m. and couldn't get inside, he called MCPD. Court documents say her father and a responding officer saw Akers inside and saw the lights go out, but Akers’ father decided to sleep in his car outside.

By 9 a.m. Akers' father says he still couldn't get inside, according to court records, and called a locksmith. When he was finally inside the house, he saw blood on the floor, and called police back to the house, the documents say. Responding officers arrived and went into the home, where they found blood, all the knives out and a pair of salon scissors on the floor in the hallway, according to police.

The officers found Akers on the floor of a bedroom with a cut to her neck. Officers removed a blanket she was holding and found her 3-year-old daughter, who also had a cut to her neck. Police said officers immediately began performing life-saving measures on the mother and daughter. Akers was taken to an area hospital with serious injuries, while her daughter was airlifted by helicopter to an area hospital for life-threatening injuries.

"If not for the intervention of the grandfather of this child and the police officers who gave emergency medical attention this child would have died," prosecutor John McCarthy said Monday.

Akers was ordered by Maryland District Court Judge Sheri Koch to remain in custody at the Montgomery County Detention Center while a court-ordered mental health evaluation is completed.

McCarthy is moving forward with charges of attempted second-degree murder, child abuse and reckless endangerment, but he said Koch's decision to seek a mental health evaluation first is “totally appropriate.”

Koch set a follow-up bail hearing for April 8 and a preliminary hearing on the charges is scheduled for April 23.

RELATED: Police arrest suspect in murder of 25-year-old outside Babylon Cafe in Woodbridge

RELATED: A 19-year-old's body was found at an abandoned Frederick property. Gov. Hogan has a connection