The proposal would create a tier of bans for passengers arrested on sex or firearms offenses committed while on WMATA property. 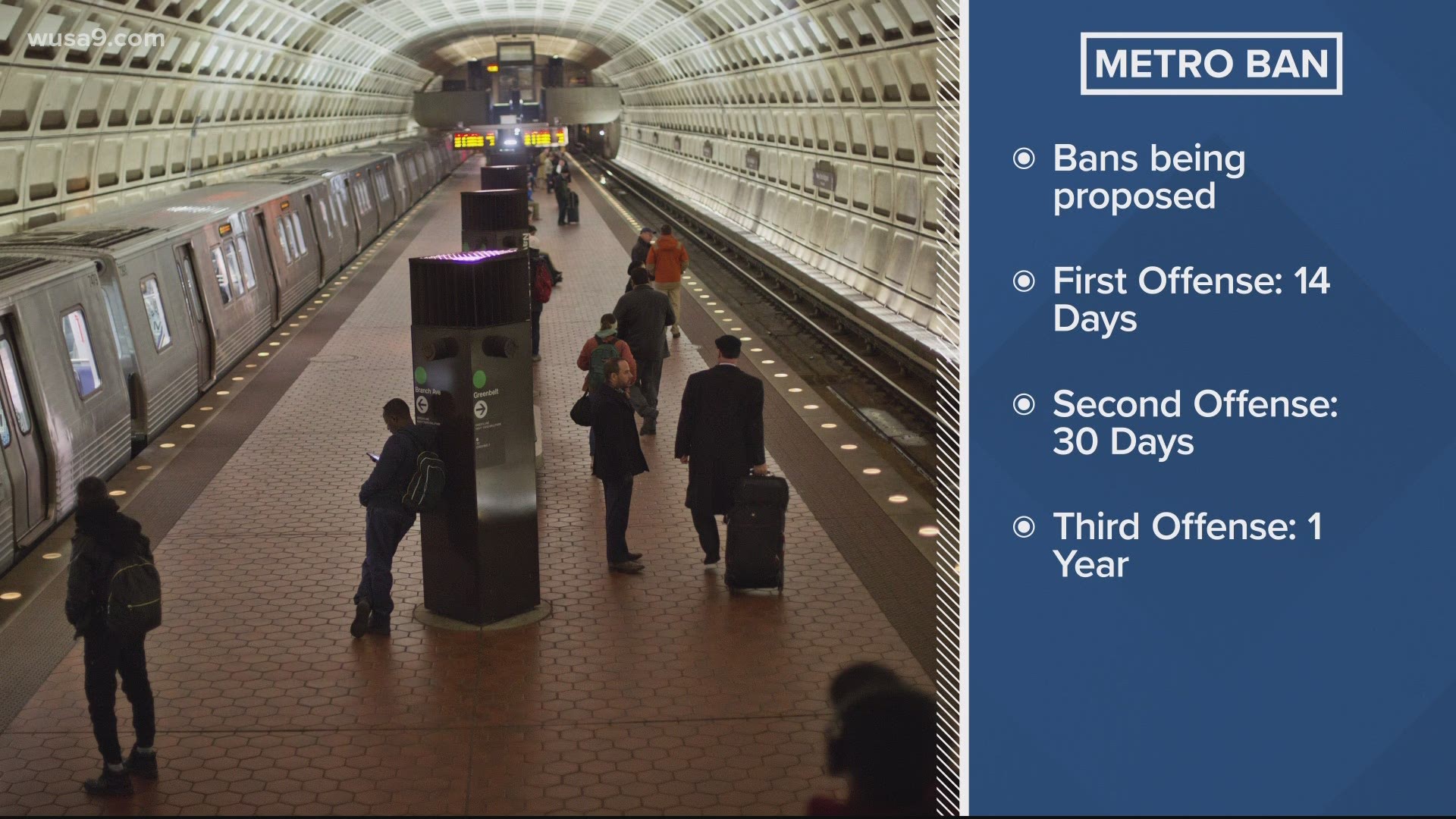 WASHINGTON — The Metro Board of Directors Safety and Operations Committee approved a proposal Thursday to ban certain riders. The proposal would temporarily ban passengers cited for sexual or firearms charges while riding Metro. The full Washington Metropolitan Area Transit Authority board is expected to vote on the proposal at an upcoming meeting, but a date on that vote has not been set.

Metro says it has seen an increase in sex offenses over the last 18 months. The hope is that a change to the passenger conduct policy would help cut down on those incidents.

The first offense would carry a 14-day ban, the second a 30-day ban, and the third offense would bring a 365-day rolling suspension that starts the day the citation is issued.

Transit agencies in other major cities have similar policies in place.

The American Civil Liberties Union (ACLU) is urging the board to reject this proposal. The agency released a statement about the proposed policy change Wednesday.

“In our criminal legal system, people are innocent until proven guilty; if they vote for this, WMATA’s unelected board proposes to reverse that presumption and punish people based on accusations alone," said Nassim Moshiree, Policy Director, ACLU of the District of Columbia.

The ACLU also voiced concerns that the policy would bring an increase in racially discriminatory stop and frisk incidents.