A shooting was reported at Calverton Neighborhood Park around midnight. 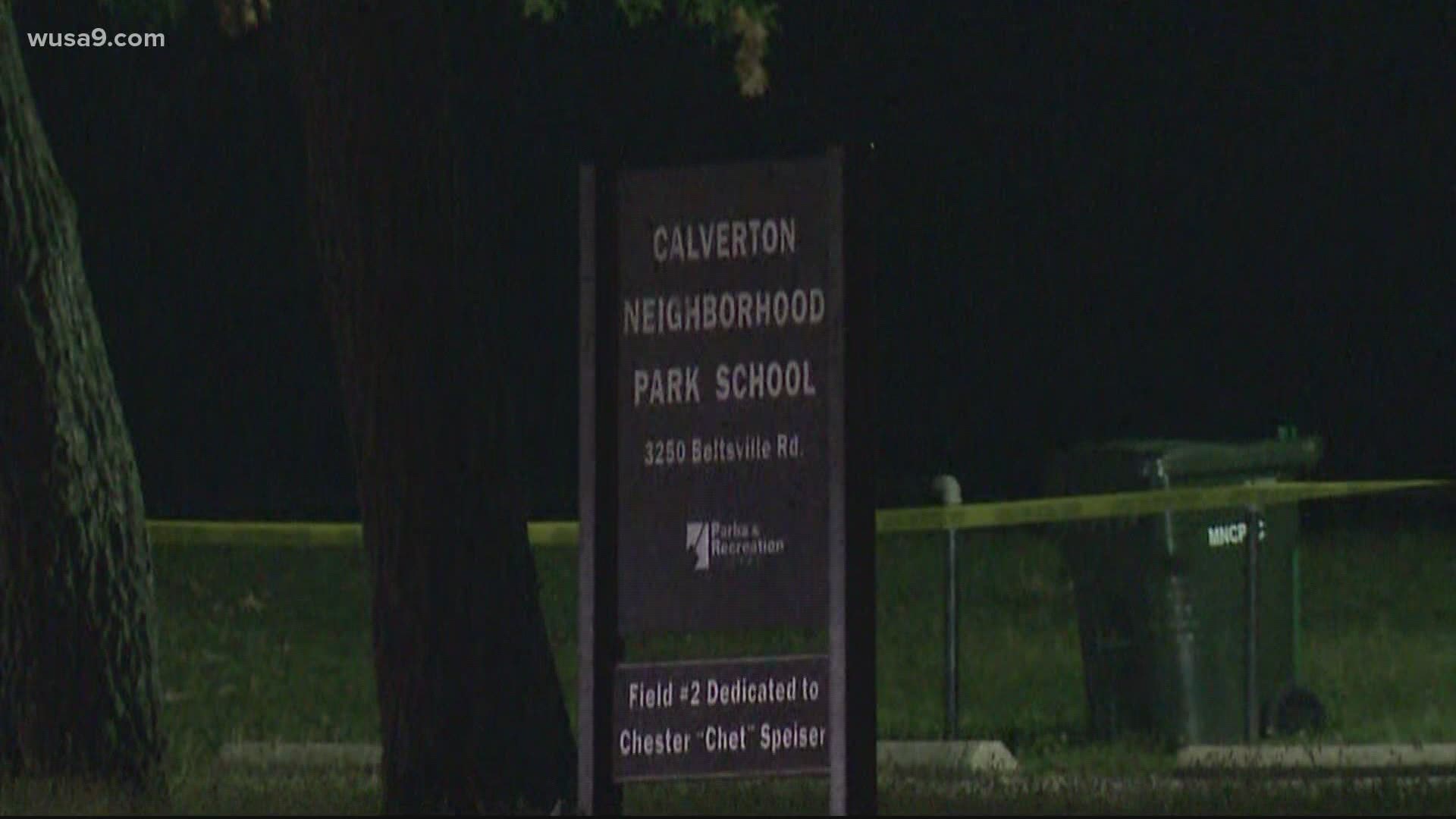 Around midnight, Maryland National Capitol Park Police were notified by Prince George's County Police of a reported shooting in the Calverton Neighborhood Park, located in the 3200 block of Beltsville Road.

Maryland National Capitol Park Police Public Information Officer Lt. Lakeisha Robinson says when officers arrived at the scene, they found two women suffering from trauma. One victim had upper body injuries, and the other woman suffered trauma to the lower body. Robinson did not say what the nature of those injuries were, but said both women were taken to the hospital for treatment of injuries not thought to be life-threatening.

Right now there is no information available about suspects or a possible motive in this case.

RELATED: Something needs to change following violent weekend in DC | Hear Me Out