Crews found the two-story townhouse with fire coming from the basement. 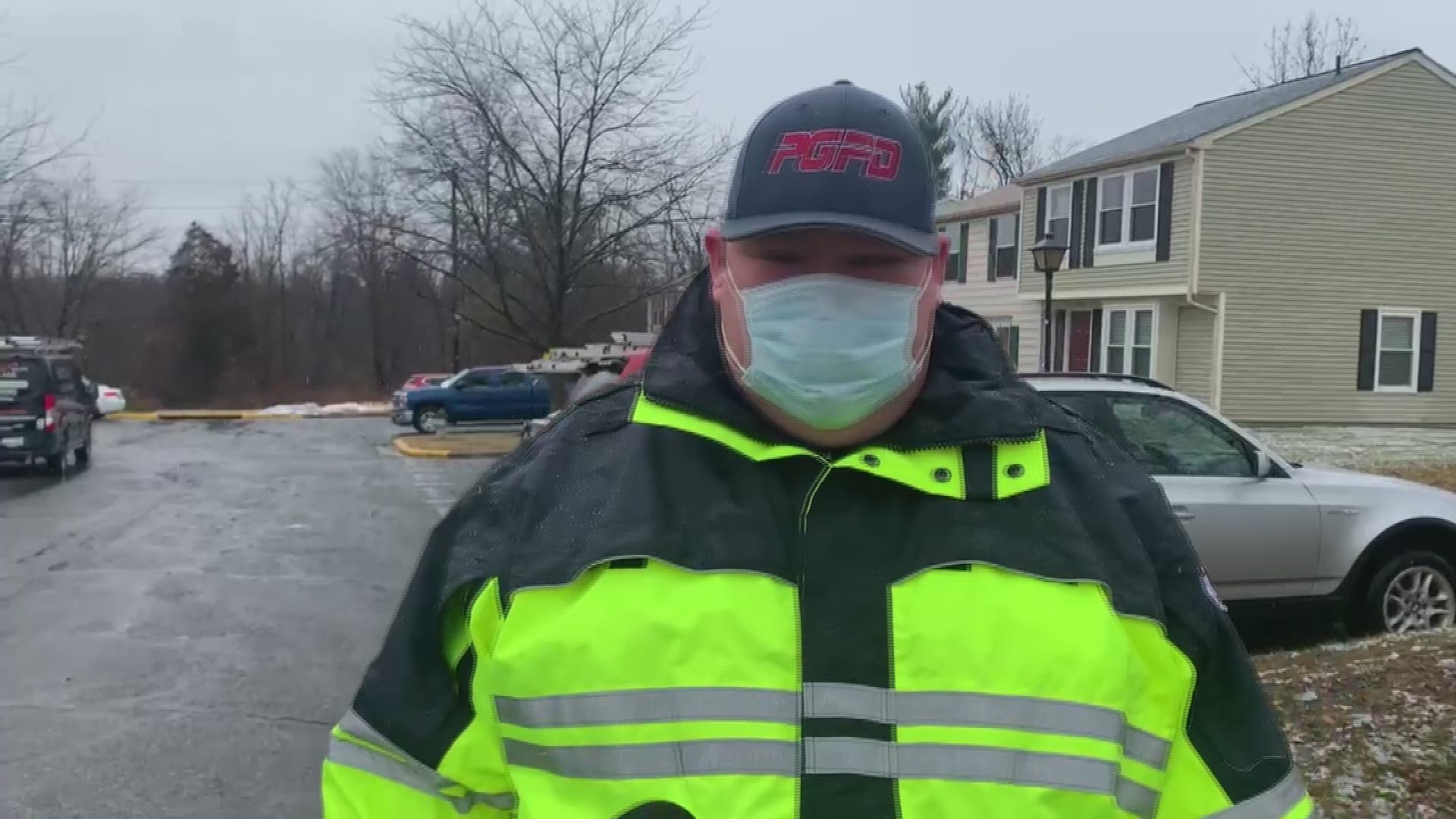 The fire happened around 7:16 a.m. in the 12000 block of Beltsville Drive. Crews found the two-story townhouse with fire coming from the basement.

"The fire was contained to the basement with no extension to conjoining homes," said Michael Yourishin, Public Information Officer for the Prince George’s County Fire/EMS department.

No other information about the victim or the cause of the fire has been released.

Another fire in the county left two firefighters injured and five people displaced less than 24 hours before.

Approx 7:16am, #PGFD units were dispatched to 12000 blk of Beltsville Dr in Beltsville for a structure fire. On scene, crews found a middle of the row 2-story townhouse w/fire showing from basement. Fire is out. Mutual aid @mcfrs Fire investigators en route. More details to come. pic.twitter.com/Gz2Kb8bePQ

Firefighters responded to the fire in Riverdale, Md. The fire displaced three adults and two children along with two dogs, Prince George's County Fire Department said. Firefighters arrived at the 5200 block of 57th Avenue in Riverdale around 3 p.m. to find the home in flames.

Just a week ago, a large house fire in Southeast D.C. killed another person.

The fire occurred on LeBaum Street Southeast just before 11 p.m. on Jan. 31. Crews initially encountered an intense fire and the home engulfed in flames. It took 12 units and 50 firefighters about 30 minutes to bring the blaze under control, D.C. Fire and EMS tweeted.

This video shows the intensity of fire encountered by #DCsBravest upon arrival at the house fire in the 400 block of LeBaum St SE. Investigators on scene working to determine cause. pic.twitter.com/Nrl9BKW5Q5

The Prince George’s County government reminds residents of tips when it comes to preventing house fires. Advisement is organized into categories, including fire prevention guidelines based on cooking, heating, candles, and smoking.

“According to the Home Safety Council’s State of Home Safety in America™ Report, fires and burns are the third leading cause of unintentional home injury and related deaths,” the website landing page explains. “Fire safety and survival begin with everyone in your household being prepared.”