Both victims are in stable condition. 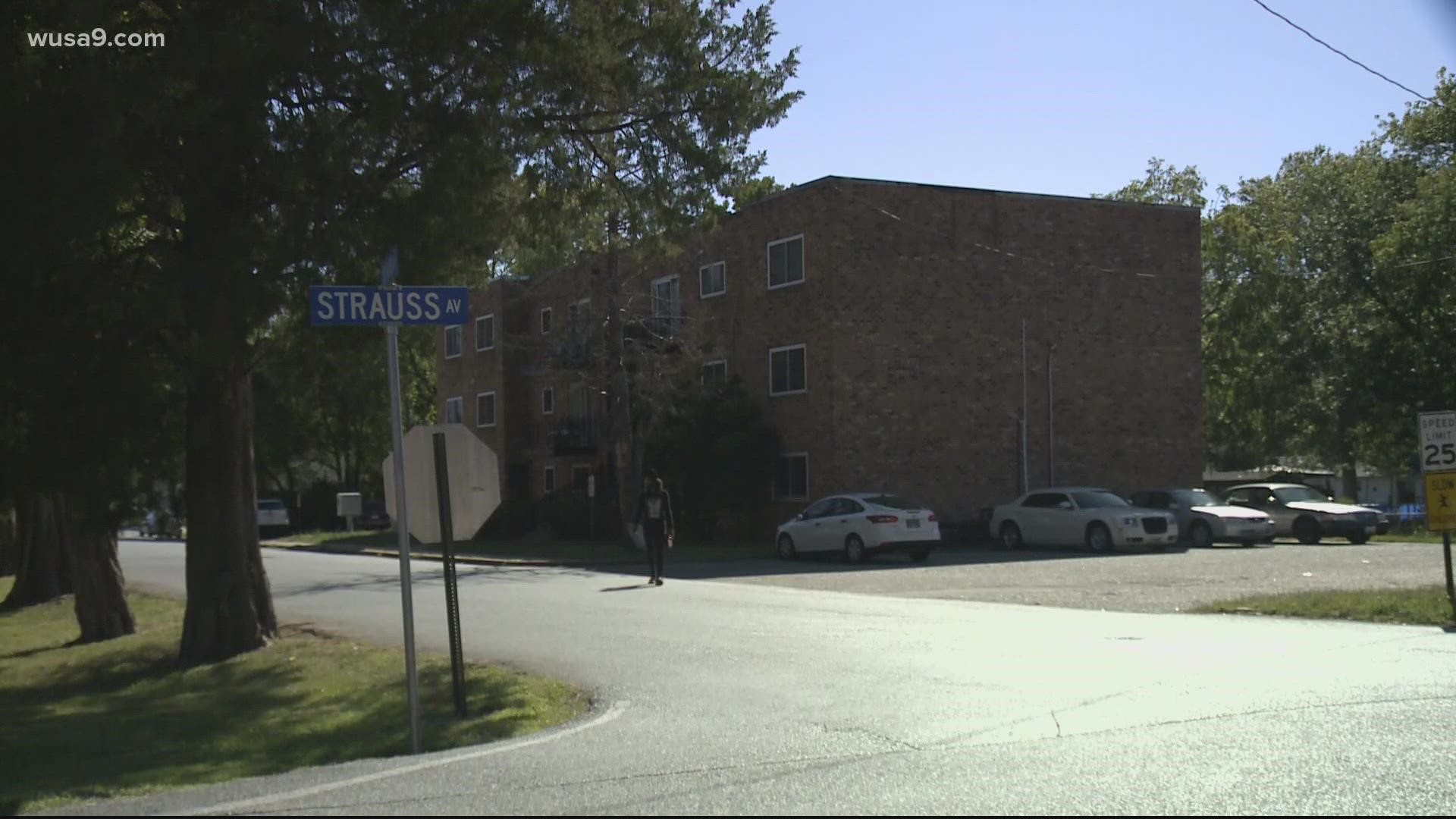 INDIAN HEAD, Md. — Two people were shot during a chaotic fight outside an apartment building in Indian Head, Maryland Sunday evening, according to the Charles County Sheriff's Office. A 12-year-old girl and a man in his 30s are now in stable condition following the shooting.

Deputies said the shooting happened around 7:45 p.m., just as they were arriving at an apartment complex at the intersection of Blair Road and Strauss Avenue to investigate reports of a large fight that had broken out. Investigators described a chaotic situation with people fleeing in all directions as more officers arrived, according to the Charles County Sheriff’s Office.

A department statement described the situation as "a fight among a large group of people, mostly juveniles."

"During the altercation, an unknown male began firing a weapon towards the group, striking two people," the department said.

Nearby residents said a group of about 15 young people had been lingering in the parking lot and street outside the apartment building and had become increasingly profane and unruly before the shooting.

"I seen a girl out there with a bat chasing a couple of boys back and forth with a bat out in the street hollering and screaming," neighbor Bob Duker said.

Ashley Thompson was giving her 6-year-old daughter a bath inside the apartment building wen the shooting started.

"People have their problems but shooting when children are around is just crazy," Thompson said.

Residents of the complex who said they were relatives of the injured girl declined to reveal her name or provide any more information to WUSA9.

The Charles County Sheriff's Department is appealing for tips. Anyone wishing to remain anonymous can contact Charles County Crime Solvers at 1-866-411-TIPS. Tips may also be submitted online at www.charlescountycrimesolvers.com or by using the P3Intel mobile app, which can be found in the Android Store and Apple store by searching P3tips.

A cash reward of up to $1,000 for information leading to the arrest of the suspect in this case.

RELATED: Man found dead in vehicle after shooting in Laurel