Kyle Young was being held in the Polk County Jail. The Redfield resident faces 12 charges for his alleged involvement in the U.S. Capitol riots on Jan. 6. 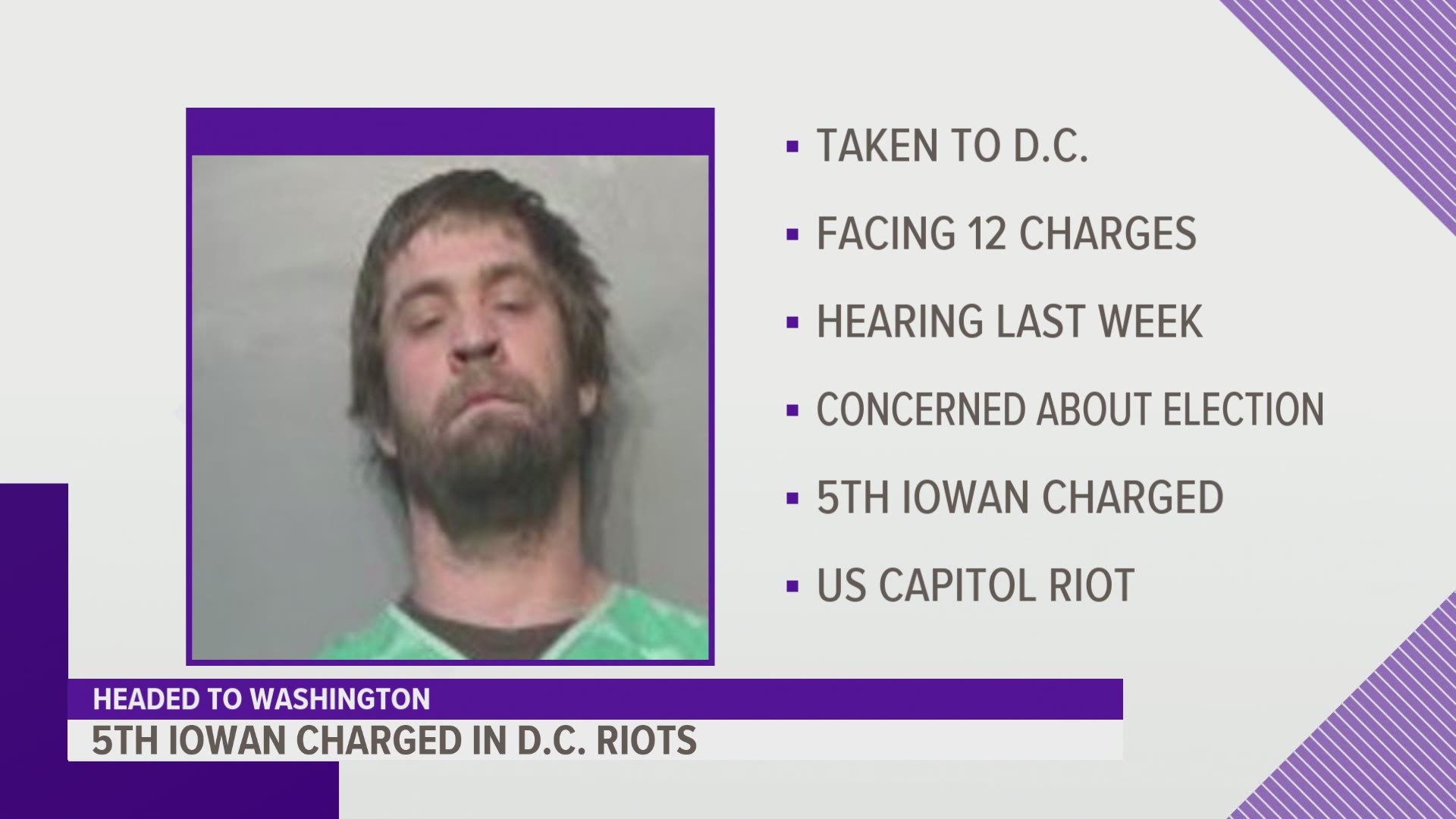 DES MOINES, Iowa — The fifth Iowan to face charges for his alleged involvement in the deadly U.S. Capitol insurrection is heading to Washington, D.C.

Kyle Young, 37, of Redfield was released from the Polk County Jail and transferred to Washington, D.C. over the weekend.

Young was arrested on April 14 and taken to the Polk County Jail to wait for his first federal court appearance in Des Moines.

According to the Department of Justice, Young was committed to the District of Columbia and not released from custody. The U.S. Marshal is responsible for transporting Young from Iowa to D.C.

The date of the transfer depends on the Marshal's schedule, and due to security reasons, the exact day Young was transferred was not disclosed to Local 5.

RELATED: Another Iowan charged for involvement in Capitol insurrection

During his first federal court appearance last Wednesday, Young's wife, Andrea, testified about her husband's decision to go to Washington, D.C. in January.

She said he was concerned about free and fair elections and that "he thought he could make a difference."

Federal prosecutors said Young and his teenage son entered the Capitol on Jan. 6. They said Young can be heard on tape saying there are "good cops and bad cops."

Federal officials also alleged Young threw an object during the incident at the Capitol and was caught on a Metro Police officer's body camera trying to wrestle away a gun from an officer.

RELATED: Iowan charged in US Capitol riot went to D.C. because of concerns over 'free and fair elections,' wife says