An infant and man who are known to each other were both shot on McLain Avenue and taken to the hospital. The man is recovering and the baby is in stable condition. 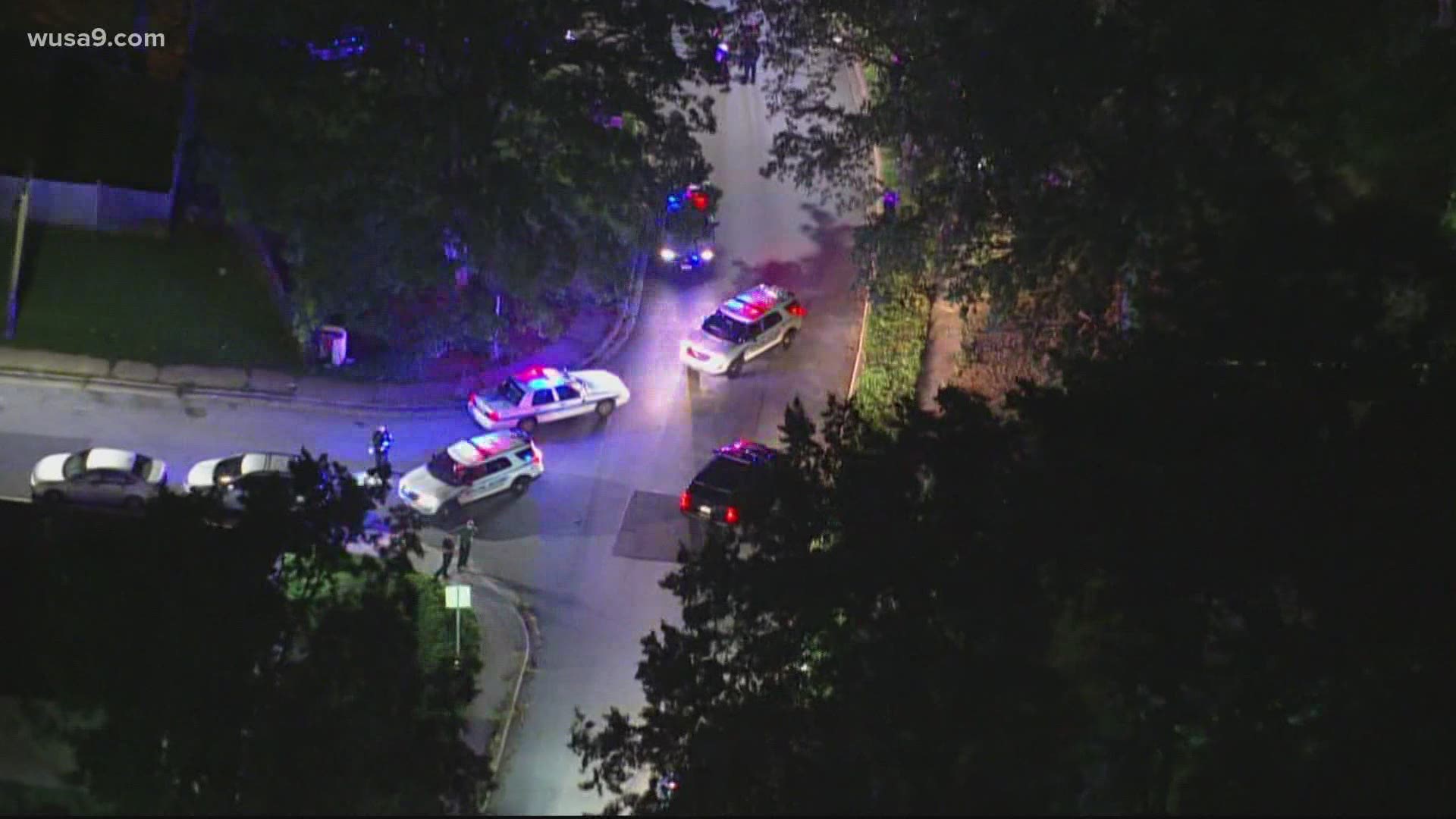 GLENARDEN, Md. — An infant and a man who were known to each other were shot near a community center in Glenarden, Maryland Friday evening.

Around 7:58 p.m., police were summoned for a reported shooting in the 8600 block of McLain Avenue, near the Glenarden Community Center. As police arrived, a car was spotted leaving the community center at high speed and police followed that car to a local hospital.

In the ER parking lot, police found a man and an infant who had both been shot in the upper body inside the car. Police said the victims are related, but the relationship between the two is still unconfirmed.

Both the shooting victims were treated for gunshot wounds at the hospital. Police say the man is recovering and the infant is in stable condition.

Prince George's County Police, Glenarden Police and Maryland Park Police all responded to the scene. No arrests have been made yet, and police are still looking for a suspect.

Police said they believe this is an isolated event, and it is an ongoing investigation.

This is the third shooting in 24 hours in Prince George's County, as police are still investigating two overnight shootings Thursday that left three dead.

Around 9:30 p.m. Thursday, officers responded to the 600 block of Aubrey Lane to the sound of gunshots and found two men suffering from multiple gunshot wounds. Both men were pronounced dead on the scene. The victims are 27-year-old Davonte Simms of Alexandria, Virginia, and 26-year-old Kion Scott of Oxon Hill.  Detectives have not been able to determine a motive for the shooting, and no suspects are in custody.

Just a few hours later, around 1:10 a.m. on Friday morning, officers responded to the 6700 block of Danford Drive in Clinton for another reported shooting. Responding officers found another man shot. He was also pronounced dead at the scene. He's been identified as 21-year-old Deandre Clark of Clinton. Police do not believe this was a random shooting.

#BREAKING: An awful incident occurred just beyond this crime tape. MD Natl. Capital Police tell us a man & infant were shot tonight AND they are related. This is the 3rd shooting in less than 24 hours in Prince George’s County. @MikevWUSA takes us there, tonight on @wusa9 at 11. pic.twitter.com/Oex7Xbk3Mt