One man is dead after VSP says the man pointed a long gun at officers and state troopers that were called to a hostage situation at a convenience store. 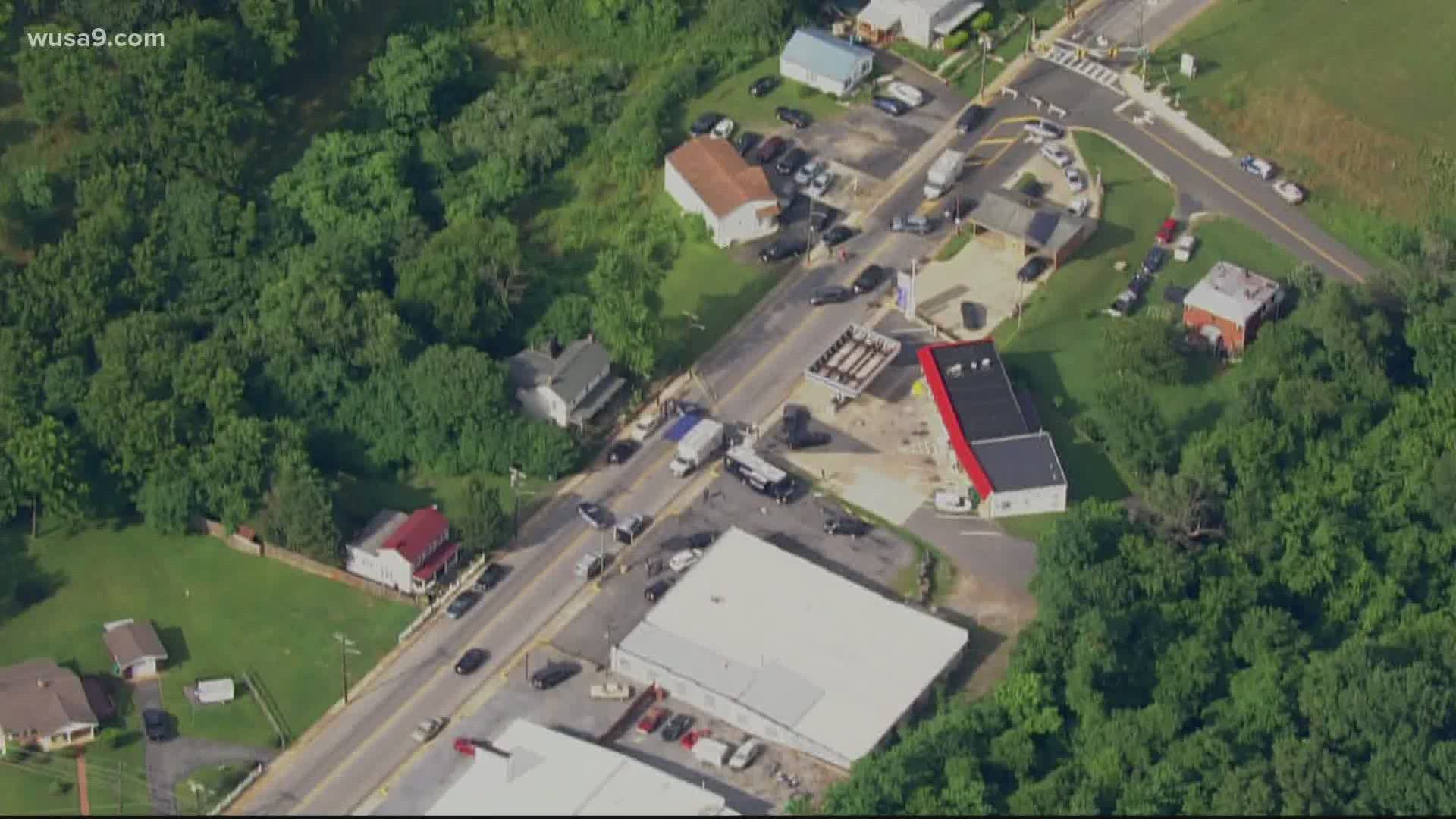 LURAY, Va. — A man is dead after he pointed a long gun at police officers and state troopers that responded to a hostage situation at a convenience store in Luray, Virginia, on Tuesday, according to Virginia State Police.

The shooting and reported hostage situation happened in the 500 block of West Main Street around noon, and by 1:15 p.m. the man who was shot after he exited the front doors of the store with the long gun, point it at officers and troopers, one of whom then shot him, according to VSP's statement to WUSA9.

The man did die on the scene and the long gun was recovered by officers and troopers after shooting the man, said VSP.

#Breaking #sky9 Hostage situation ended in the town or Luray Va. police were called to a store on W main st for a report of male with a gun. 2 additional by standers were in the store w/ male. The suspect exited the store, per police pointed his gun @ officers, they fired he died pic.twitter.com/N0D2qhhKAr

The man who was shot and killed by police will have his remains transported to the Office of the Medical Examiner in Manassas for examination and autopsy. The Virginia State Police are still in the process of notifying the next of kin, for the man killed, added VSP.

An investigation is now underway into an armed hostage situation that concluded with a multi-agency shooting. The local police agencies involved are; Town of Luray Police Department, Town of Shenandoah Police Department, Page County Sheriff's Office and National Park Police.