A K-9 unit helped track down the man accused of assaulting a woman and shooting at a deputy before the deputy returned fire. 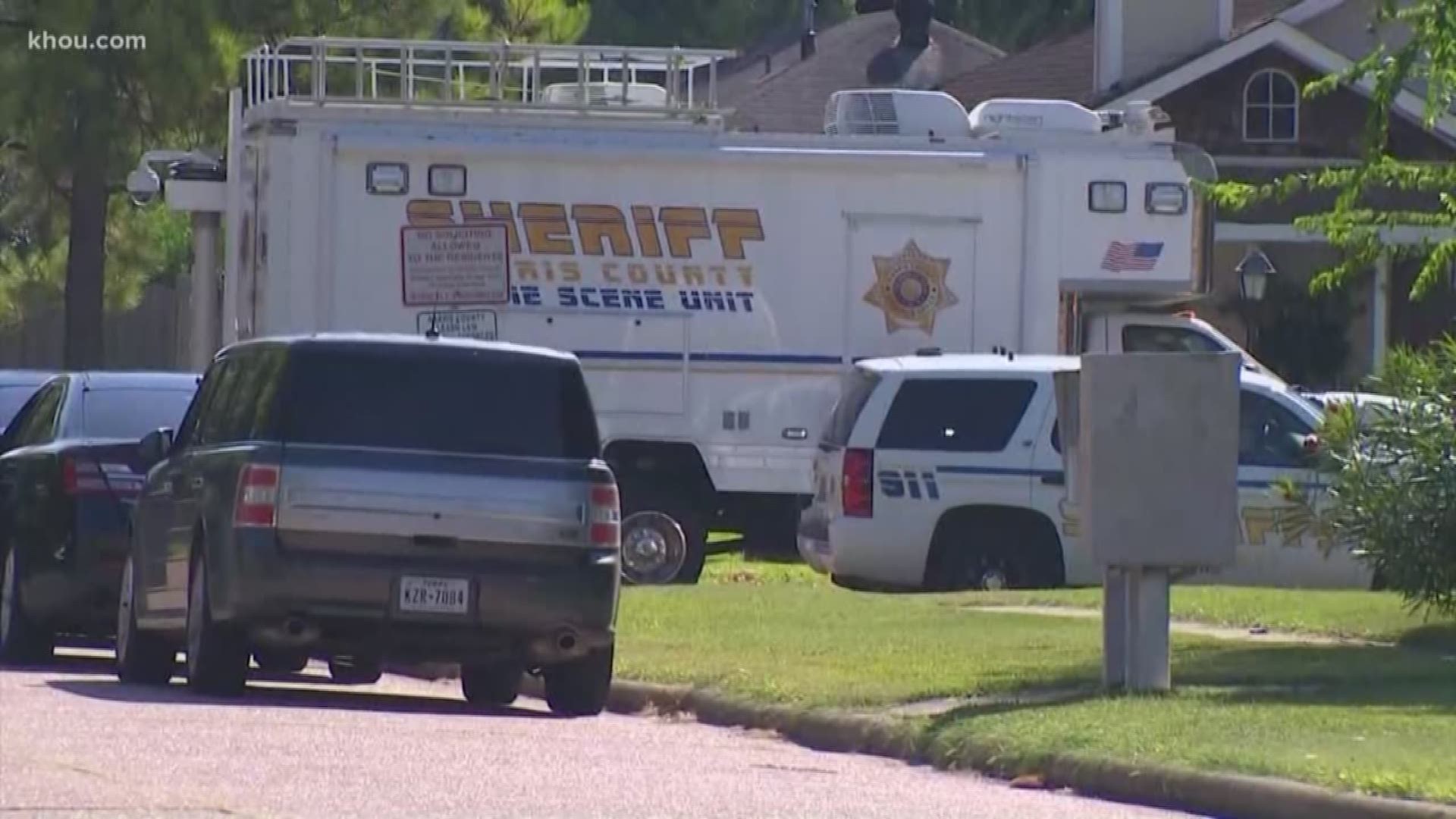 HARRIS COUNTY, Texas — The man accused of assaulting his girlfriend and opening fire on a deputy, putting a northwest Harris County neighborhood on alert, is in custody after a lengthy search.

The man has been identified as 28-year-old Eduardo Galvez. He has been charged with assault on a police officer, aggravated assault-family violence and possession of a firearm.

Captain J. D. Philpot said deputies were called to a home in the 13600 block of Vickston Lane for a domestic violence call early Friday morning.

A Harris County Sheriff's Office patrol deputy knocked on the door and was allowed into the home. That's when Galvez allegedly fired a shotgun through a bedroom door. The deputy returned fire, and the Galvez fled the scene.

Deputies asked the public to lock their doors and stay alert for Galvez, who was on the run for nearly three hours.

Deputies put out a description of him out, warning the public that he may be armed. During the search it wasn't known if Galvez was wounded by the deputy's bullets.

Witness video showed Galvez jumping over a fence in one backyard, assisted by a trampoline.

A K-9 unit later found Galvez wounded and hiding. He's now being treated for a gunshot wound to the stomach and remains in the hospital.

Sheriff Ed Gonzalez said Galvez's girlfriend was several months pregnant and was badly beaten. She was taken to the hospital for treatment where she is expected to survive.

The deputy involved was not hurt but was shaken, the sheriff's office said.