22-year-old Jake Preston Dooley is the deputy who has been charged with falsely summonsing law enforcement and obstruction of justice. 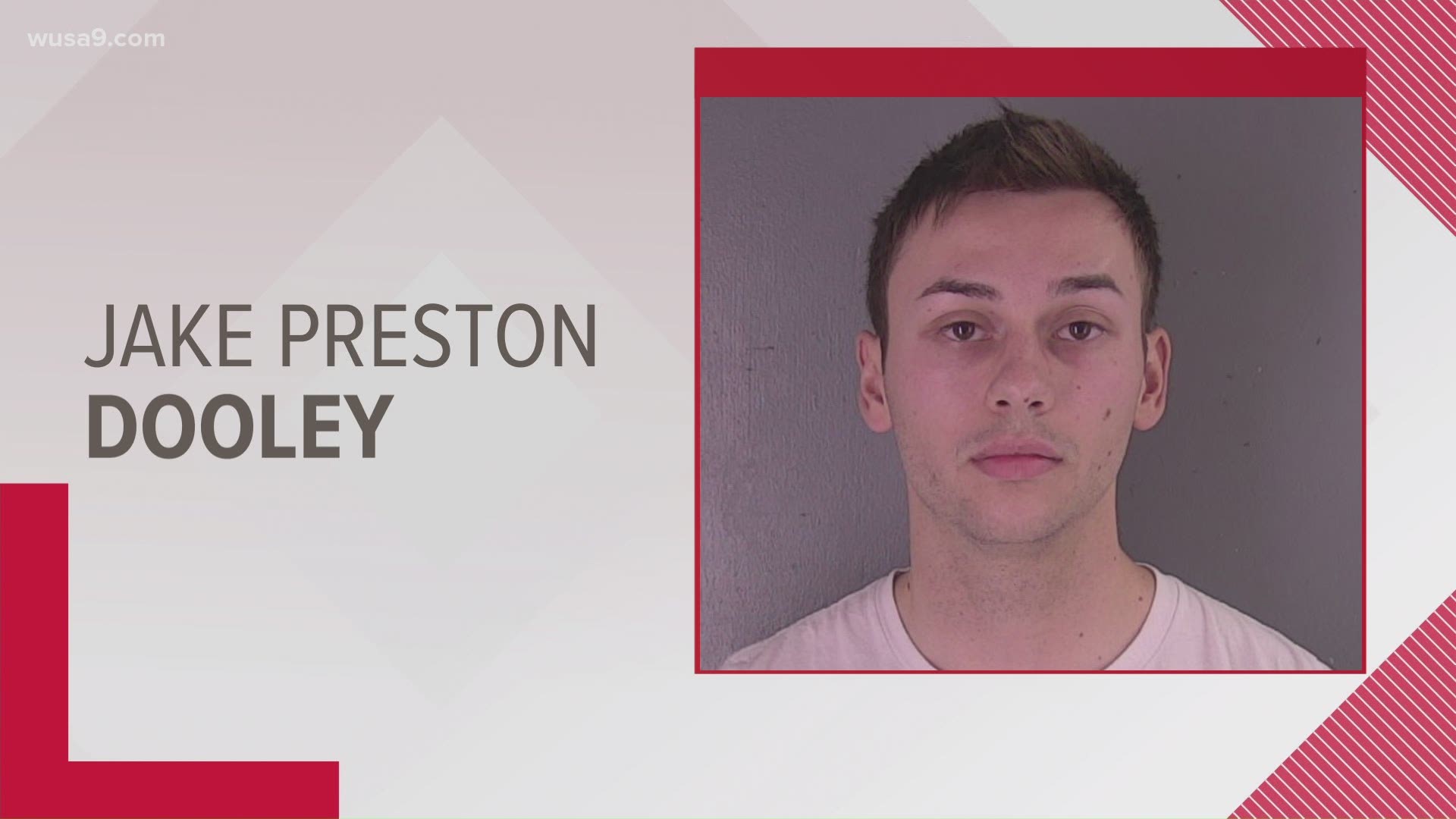 Fauquier County Sheriff’s detectives have obtained criminal charges for the deputy who alleged he was the victim of a roadside attack on Friday night, according to the department.

22-year-old Jake Preston Dooley is the deputy who has been charged with falsely summonsing law enforcement and obstruction of justice. Dooley was released by a magistrate on a $10,000 unsecured bond but will be transported to a regional facility for a mental health evaluation, said the department in its release.

Dooley is now no longer a member of the department.

“Sometimes bad things happen to good organizations," said Sheriff Mosier. "We truly regret that this happened but find a tremendous amount of comfort in the knowledge that our community understands and supports law enforcement in Fauquier County.”

Credit: WUSA9
22-year-old Jake Preston Dooley is the deputy who has been charged with falsely summonsing law enforcement and obstruction of justice.

A Fauquier County Sheriff’s Deputy was found unconscious on the side of the road in Warrenton Friday after authorities said he was attacked during his drive home from work.

According to the Sheriff's Office, the deputy stopped around 7:10 p.m. at the intersection of Old Waterloo Road and Wilson Road to remove a hazard from the middle of the road. The deputy was driving home after his shift in a marked Sheriff's Office car.

As the deputy walked back to his car, authorities said he heard an approaching vehicle and heard someone yell. The deputy said he saw a four-door black SUV before being hit in the head with an object.

A passerby found the deputy at 7:15 p.m. lying unconscious and face down on the side of the road, and called 911. The deputy was taken to Fauquier Hospital, where he was treated and subsequently released.

This is a developing story and WUSA9 will update this story with more details when we receive anything further.

RELATED: Police: 3 homicides in Northeast in a span of 3 hours