There was also a 3-month-old baby that was at the shooting scene that had to be rescued by firefighters, according to D.C. Police. 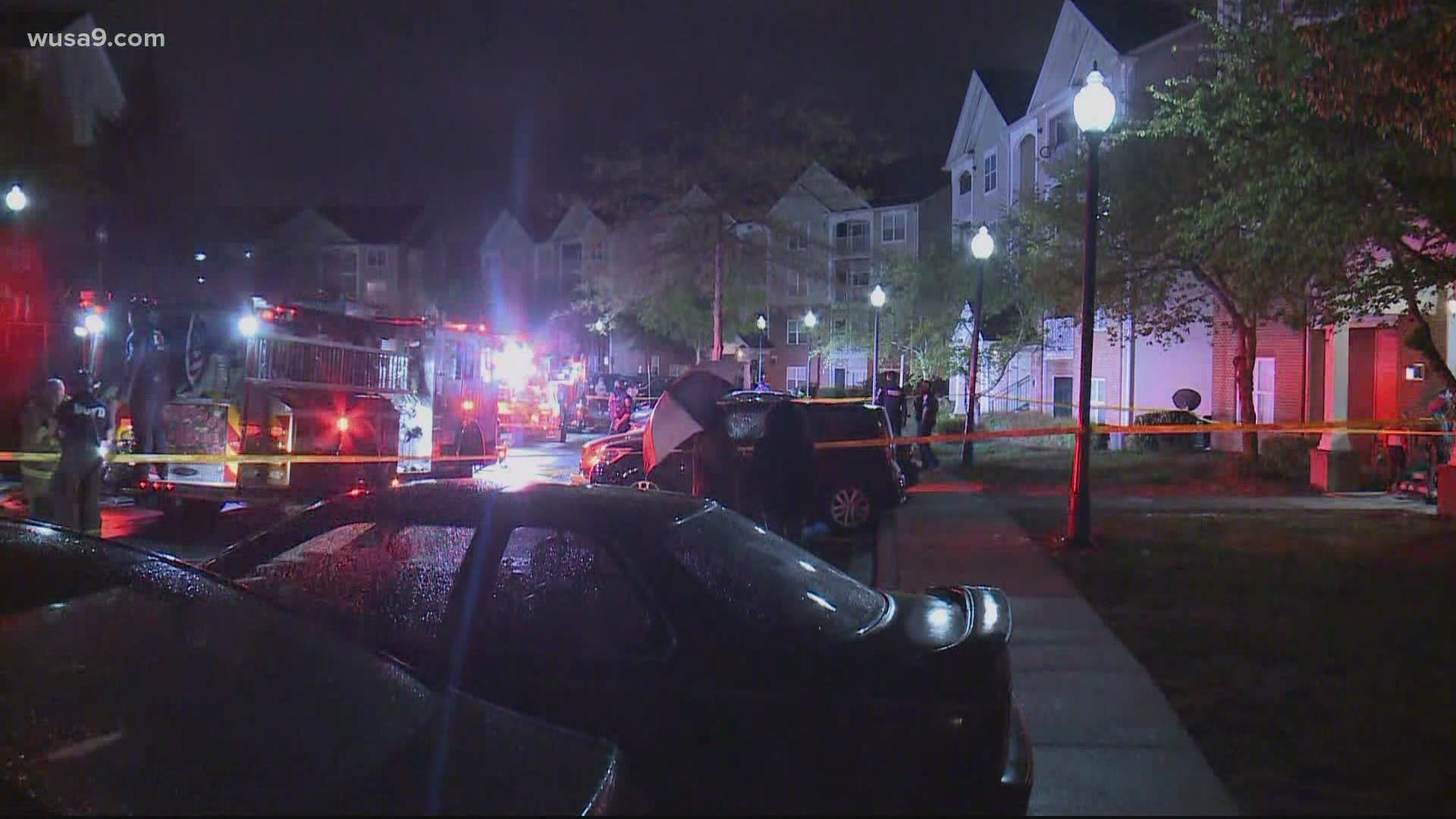 WASHINGTON — Firefighters and police officers responded Monday evening to a Southeast D.C. apartment building fire where three women were shot, two of whom died, according to D.C. Police.

There was also a 3-month-old baby that was at the shooting scene that had to be rescued by firefighters, according to D.C. Police in a statement. The baby was taken to a hospital in the D.C. area to be evaluated, police said.

DC Fire & EMS said the fire started on the third floor of the four-story apartment building.

The two women killed have been identified as 47-year-old Wanda Wright and 32-year-old Ebony Wright, both of Southeast. The suspect was later identified as 32-year-old Keanan Christopher Turner, of Forestville, Maryland.

Turner is wanted on a DC Superior Court arrest warrant charging him with two counts of First Degree Murder While Armed and Assault With Intent to Kill While Armed, police said in a release to WUSA9.

Metropolitan Police Department Executive Assistant Chief Ashan Benedict said in a press conference Monday night that the preliminary investigation indicates this is a domestic incident and the suspect, later identified as Turner, in the shooting set fire to the apartment building before he left.

D.C. Police said its department is still looking for the suspect(s) in this shooting. No description was given for the suspect. Anyone with information about this case is asked to call the police at 202-727-9099. Additionally, anonymous information may be submitted to the department’s TEXT TIP LINE by sending a text message to 50411.

RELATED: Man dead after he was struck by car while walking across street at night in Fairfax County