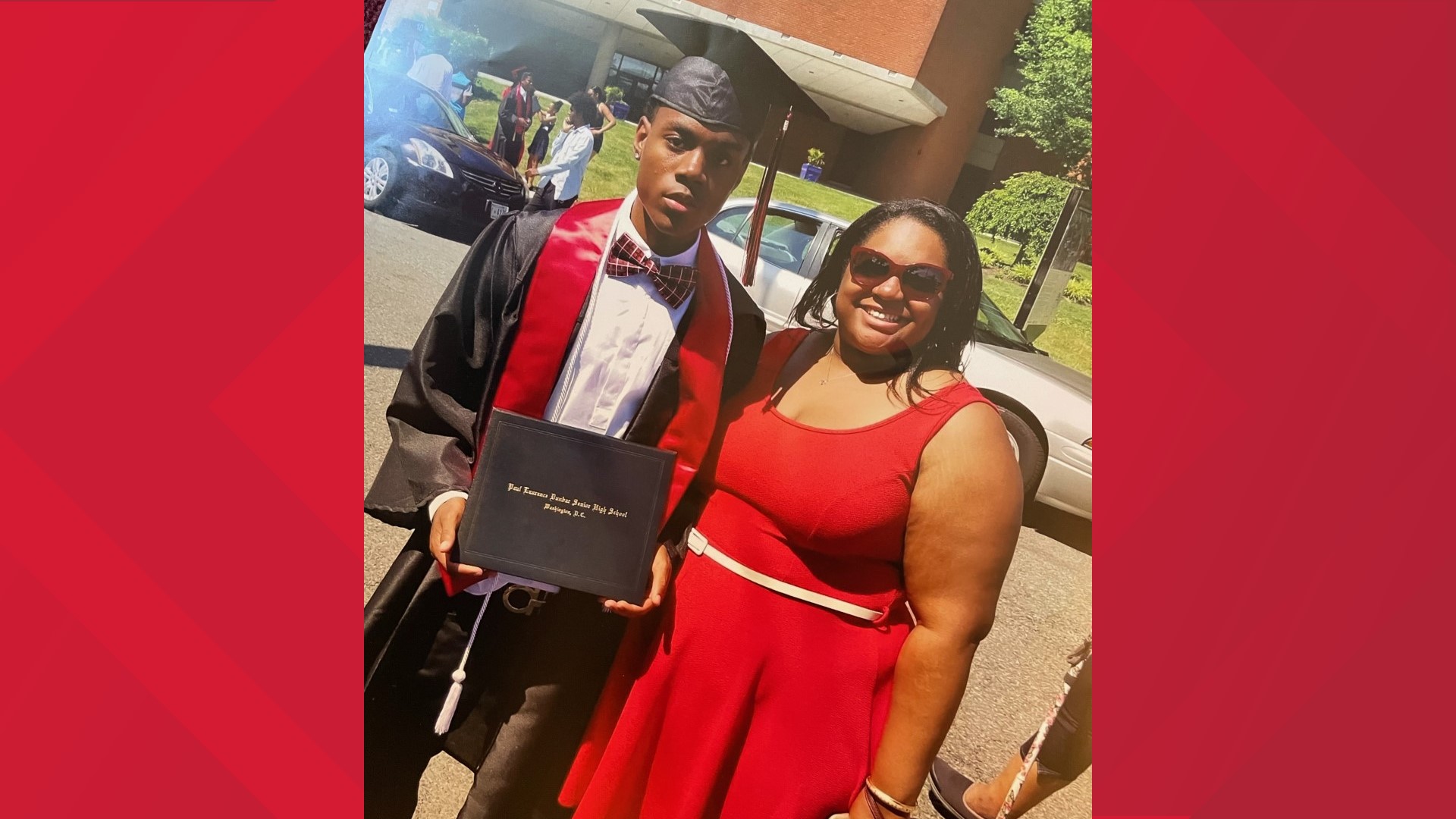 WASHINGTON — It's been nearly two weeks since Tammie Johnson lost her eldest son to a shooting in the courtyard near her backyard -- but the pain is fresh.

“I never would have thought I would be sitting here talking about him in the past tense," Johnson said.

D.C. Police say her son, 22-year-old Jovan Hill, Jr., and 19-year-old Tariq Riley were shot and killed near a courtyard in the 100 block of Q Street Northwest in broad daylight on Sunday, July 25.

A third young man was also shot but survived.

As of Wednesday, police said they're still investigating and don't have any suspect information to share.

Johnson adamantly wants to dispel any rumors about what happened.

In fact, Hill's sister said he had been attending college and was planning to enlist in the Air Force.

Hill is the second oldest child and the eldest of four brothers.

His older sister said he was just killing time in the courtyard as he waited for his girlfriend to get off of work. She still can't wrap her mind around the fact that in a split second, she lost him. She said it feels like a piece of her has been taken.

Meanwhile, his mom is grappling with the fact that she was at work when the shooting happened. She said they had just said goodbye at 2:30 p.m.

Two Sundays ago, two young men were shot and killed in a NW DC courtyard.

His mom sat down with us to share a piece of her son’s legacy…and how she plans to keep it alive.

That’s exclusively on @wusa9 at 11. pic.twitter.com/Z1qku03rmT

Now, she has to see the courtyard where her son lost his life every day -- it's right outside her back patio door.

“I don’t like to sit in my room anymore, because my window faces that blacktop," Johnson said.

Hill's mom describes him as "competitive, strong-willed, and self-driven" and said he wanted to build a successful life for himself and her.

She said he was committed to his clothing company, Loner Valley, which he had just launched on January 25, 2021. Exactly seven months later, he was killed.

On Instagram, Hill's mom and brothers can be seen posing in some pictures with the clothes on.

Johnson said she plans to keep the brand alive.

“I see his determination. I see his drive. And I can’t let it go," she said. "As long as I live, I’m going to continue to do what he started.”

For now, Johnson said she's focusing on planning her son's funeral service for next Tuesday -- and appreciates the community's support in helping her get through each day.

Download the WUSA9 app to get breaking news, weather, and important stories at your fingertips.