Neighbors say violent crime increases around the 100 block of Q Street every summer. Crime data shows an uptick this year. 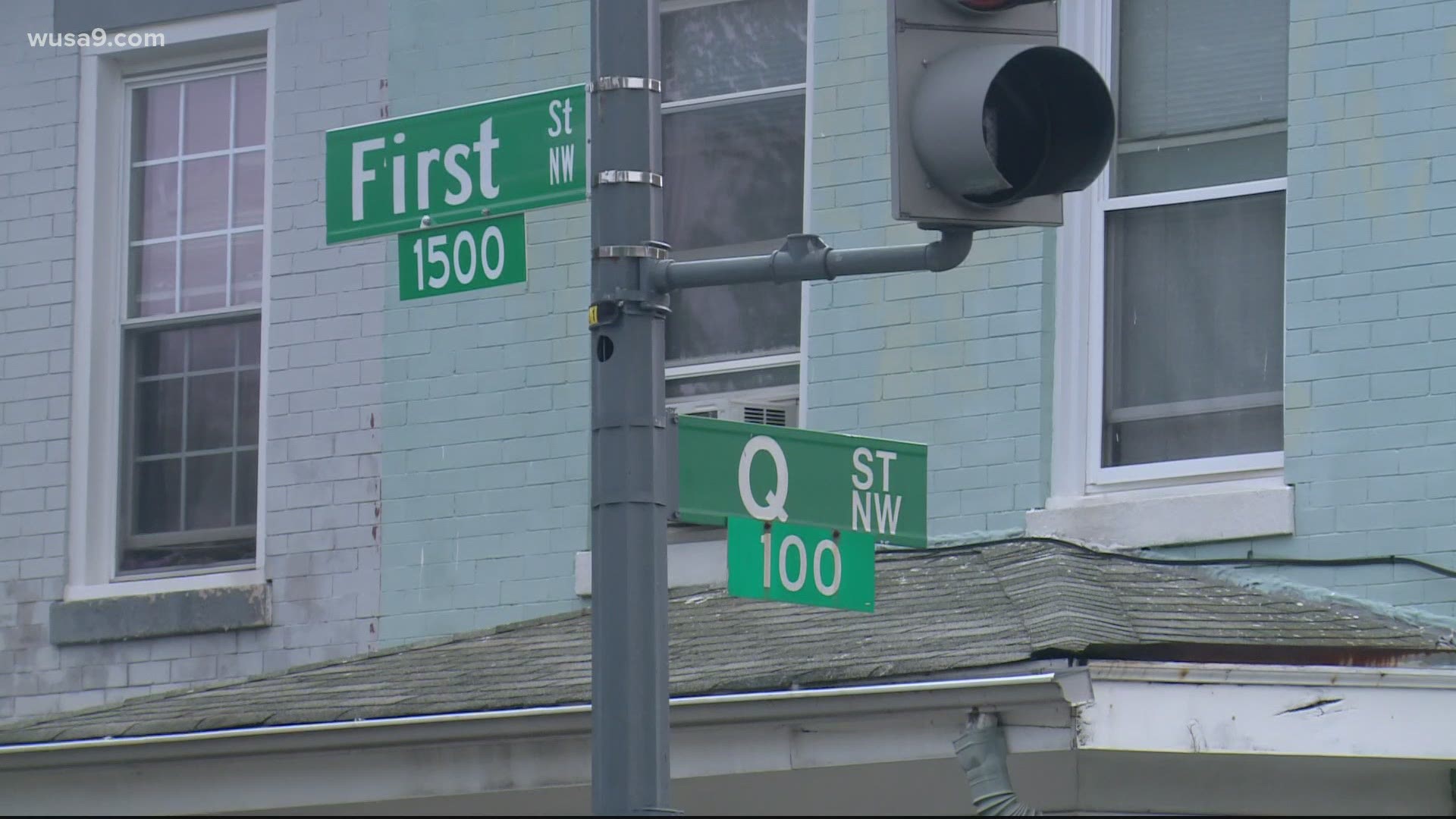 WASHINGTON — D.C. neighbors are calling for action from the city after three young men were shot on Q Street northwest Sunday afternoon, two of whom died.

Police say the shooting happened around 4 p.m. Sunday in a courtyard on the 100 block of Q Street NW, near a housing complex.

Brenda Stewart said she was standing in her front courtyard right down the street talking to a neighbor when shots rang out.

The duo later found out the shooting was fatal.

Friends of Hill said he owned a clothing company called Loner Valley and grew up on Q Street. They said both Hill and Riley were talented.

“It is really sad to see that happening in this neighborhood, because it is a pretty like tight-knit community," Stewart's daughter, Niya Watkins, said.

Stewart has lived in her Q Street home for 30 years and said crime has long been a problem. She said she and her neighbors have experienced everything from bicycle thefts to assault and homicides.

She said neighbors have also had issues with people living at a homeless encampment at the corner of Q and Florida Avenue. Stewart said they've discovered some of the people experiencing homelessness defecating on their steps.

“I don't understand why these things aren't being addressed," Stewart said. "And we're sandwiched in the middle."

Crime had actually been trending downward, however, the last few years. But 2021 is seeing a resurgence.

#NEW: @DCPoliceDept has identified the two young men killed in yesterday's shooting on the 100 block of Q Street NW.

“I don't see what's so complicated about getting this under control, when you have a camera right there," Stewart said, pointing to the MPD crime camera at the corner of Q and 1st Streets NW. "But it's not stopping. It’s not a deterrent, unfortunately. So I don't know what the answers are. The criminals are not afraid, because the system is broken.”

Stewart and her Advisory Neighborhood Commissioner, Karla Lewis, said they had been pressing the city to do more -- to be more proactive -- to no avail.

“I don't have any answers, I just want some solutions," Stewart said. "I like to see some real masterminds in our community that can come up with some solutions.”

Stewart said she's proud of her home and wants the city to take care of it.

“It's the nation's capital," she said. "We're supposed to be setting an example.”

ANC Lewis said they're working with Councilmember McDuffie's office to set up a community meeting to discuss solutions.