D.C. Police are looking for a red Honda after they say its driver hit and critically injured a man at U and 16th Streets NW Thursday night. 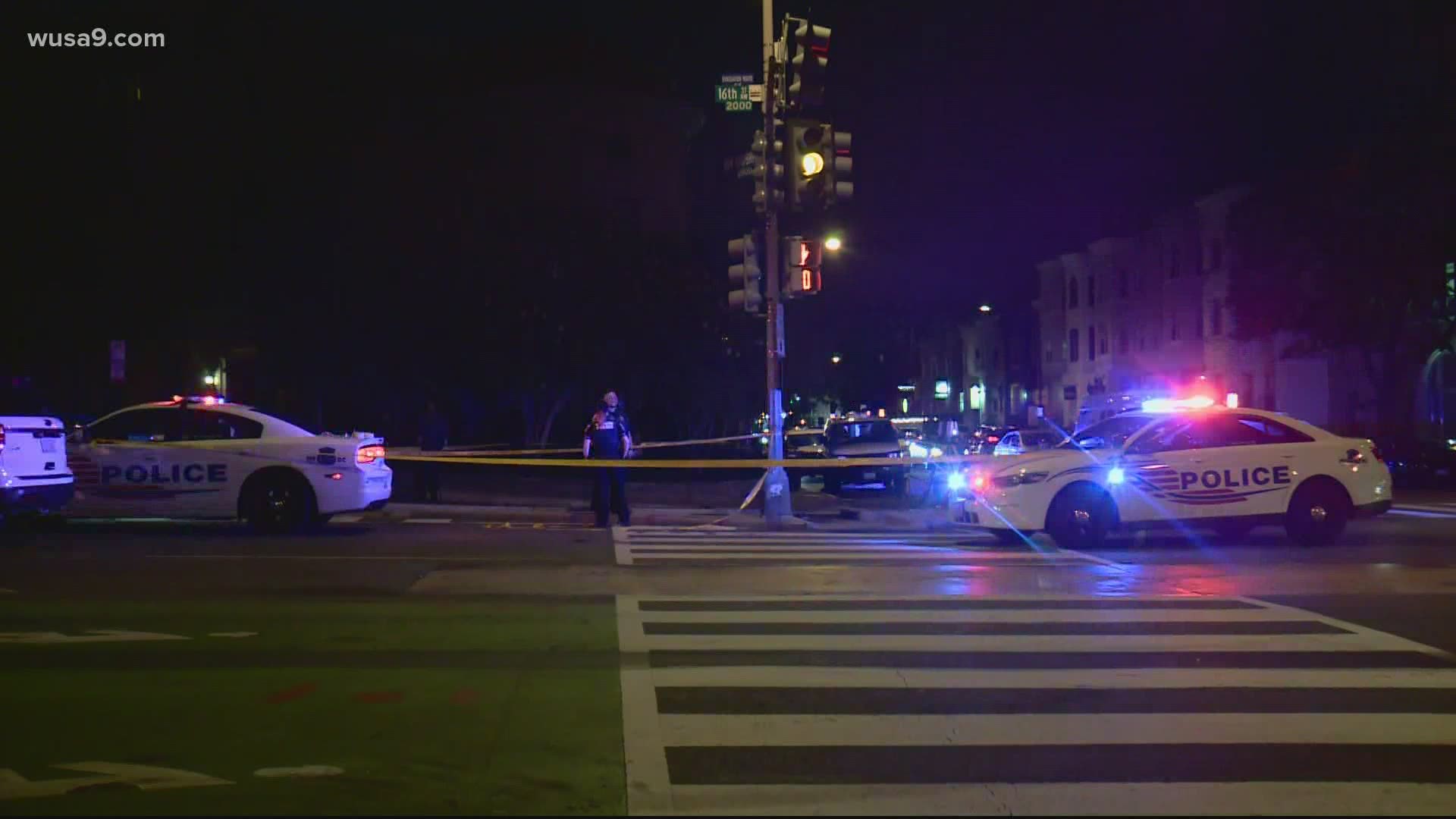 WASHINGTON — D.C. neighborhood leaders are pushing the city to make the 16th and U Streets NW intersection safer after a hit-and-run.

D.C. Police said a little before 8 o'clock Thursday night, a driver in a red Honda sped down U Street NW, heading east. They said when the driver got to the intersection of 16th and U Streets NW, they ran a red light and turned left onto New Hampshire Avenue NW.

As they were turning, police said the driver hit a man who was walking in one of the marked crosswalks on U Street, moving from the north side to the south side.

One eyewitness said the man was thrown into the air and flipped over before falling back down. They said he stood up but then fell back over. Police said he is currently in the hospital in critical condition.

Now, they're looking for a red Honda (possibly an Accord) and a grey pick-up truck, which could be a witness.

#NEW: Pics of vehicles of interest in 16th/U hit and run.

This is the red Honda (possibly Accord) @DCPoliceDept is looking for. And they’re also searching for a grey pick-up truck. @wusa9 pic.twitter.com/5fSO9Wqfgm

“I frequent this intersection almost every day… And I've always noticed how messy and dangerous it is for pedestrians, for cyclists and even for drivers themselves," ANC 1B112, Sabel Harris said. "And I was just almost waiting to hear about A really unfortunate tragedy.”

As police search for the two vehicles, ANCs and community members are sounding the alarm for the city to make immediate safety upgrades.

Harris thinks the most dangerous part of this intersection is the slip lane, a road junction that allows a car to make a turn without moving into an intersection. It's where this most recent crash happened.

“Considering the fact that there are no benefits to a slip lane aside from traffic congestion or avoiding traffic congestion, I firmly believe that it needs to be closed," she said. "Because if D.C. wants to hit Vision Zero, it is a very easy move to close it and then to continuously prioritize people over cars.”

Harris also said the signs and signals aren't clear and crossing time is relatively quick. WUSA9 counted one signal allowed 40 seconds for pedestrians to get across one part of U Street, but other areas had shorter time limits.

One ANC, Michael Eichler, has been collecting crash data from 2015 through this year. His data shows that in that time span, there have been at least 233 crashes in the one block radius surrounding this intersection.

Harris said her commission (1B) plans to submit a Traffic Safety Assessment for this intersection to DDOT, which another ANC from 2B said they are working on as well.

“We all deserve to be able to cross the street and not worry if we're gonna get hit by a car," she said.

Police are offering a $1,000 reward for any information that leads to the arrest and indictment of the driver.