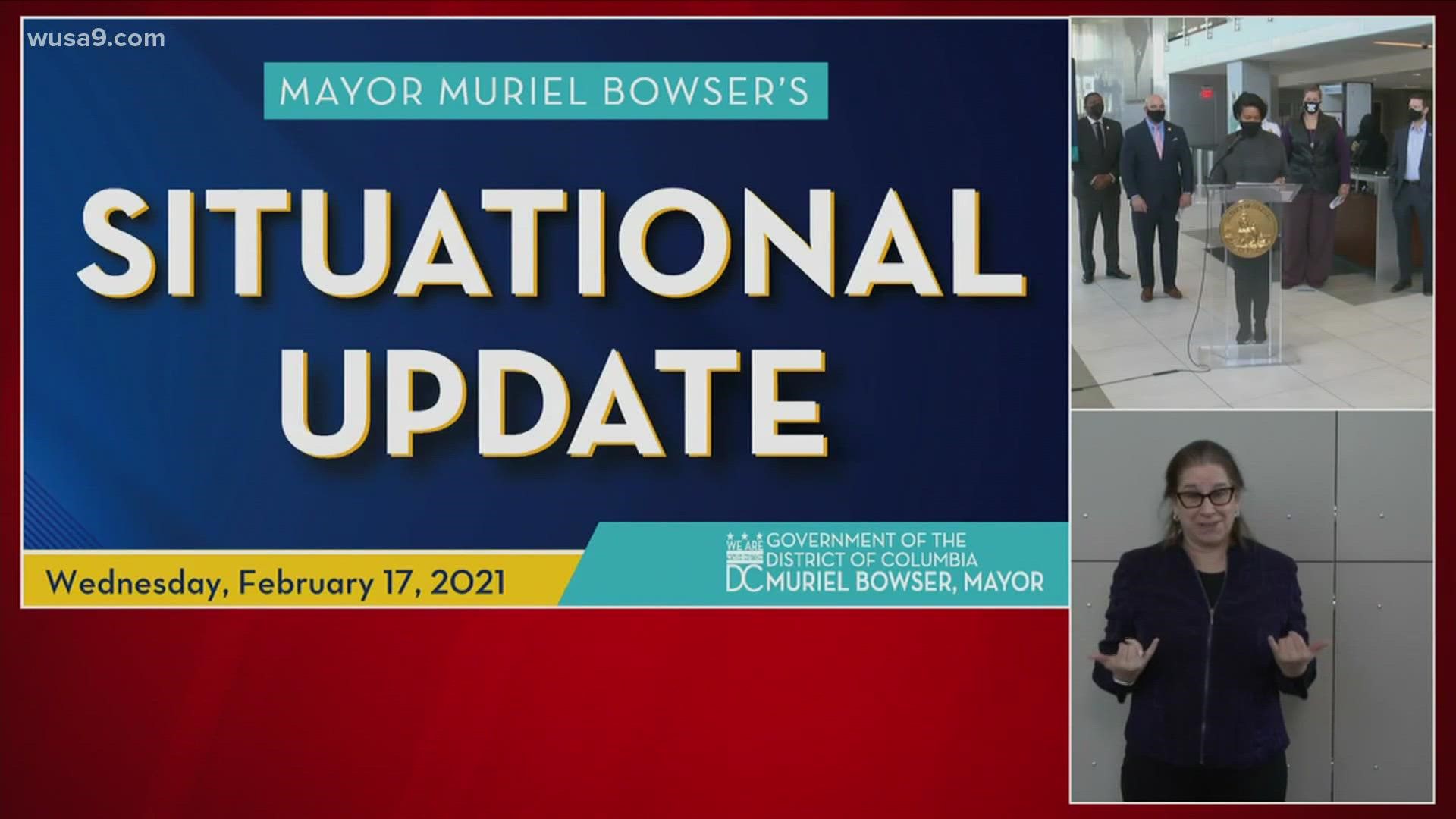 This new order comes as recent data shows the city's gun violence led to 922 people shot and 198 homicides in 2020. As of Feb. 17, homicides are up by 14% compared to this time last year. Of those killed in shootings, Bowser said data shows 95% of the victims were Black with an increase in the number of female and juvenile victims.

The District will make a $50 million donation to jump-start an initiative with the Building Blocks D.C. organization, a city-wide effort to reduce gun violence in the city. The organization plans to partner with community members to help residents impacted by gun violence with housing, employment and support within their communities.

The strategy is to use block-by-block analysis and data to help communities that have a gun violence problem, launching first in Anacostia. According to Bowser's violence prevention presentation, 151 city blocks represent about 2% of all the blocks in the District, but comprise 41% of violent offenses with shots fired.

As a part of the public health emergency, Bowser also announced plans for the city's first gun violence prevention emergency operation center. Under the leadership of newly appointed Director of Gun Violence Prevention Linda Harley Harper, a team of people will come together to establish programs for emergency management, mental health initiatives, job training and housing to communities most affected by gun violence.

The center will have four goals:

"Parents are burying their children and children are growing up without parents," Bowser said during a news conference on Wednesday morning.

Bowser said the push to make gun violence a public health crisis comes after analyzing 2020's gun violence data. She said city officials didn't feel like the current gun violence programs were getting the results they need to curb or lower the incidents. Bowser said the District government's response in the state of a public emergency will mobilize a better strategy to handle the city's gun violence issues moving forward.

Earlier in the month, D.C. Councilmember Trayon White called on Mayor Muriel Bowser to declare a "state of emergency" due to the rising gun violence. White also said he is working to start a Ward 8 Comprehensive Public Safety Strategic Plan to make short-term, medium-term, and long-term actions to address violence in the ward.