Shawn Myers, 42, will spend one year in the Charles County Detention Center. Once he is released, he will spend three years under unsupervised probation. 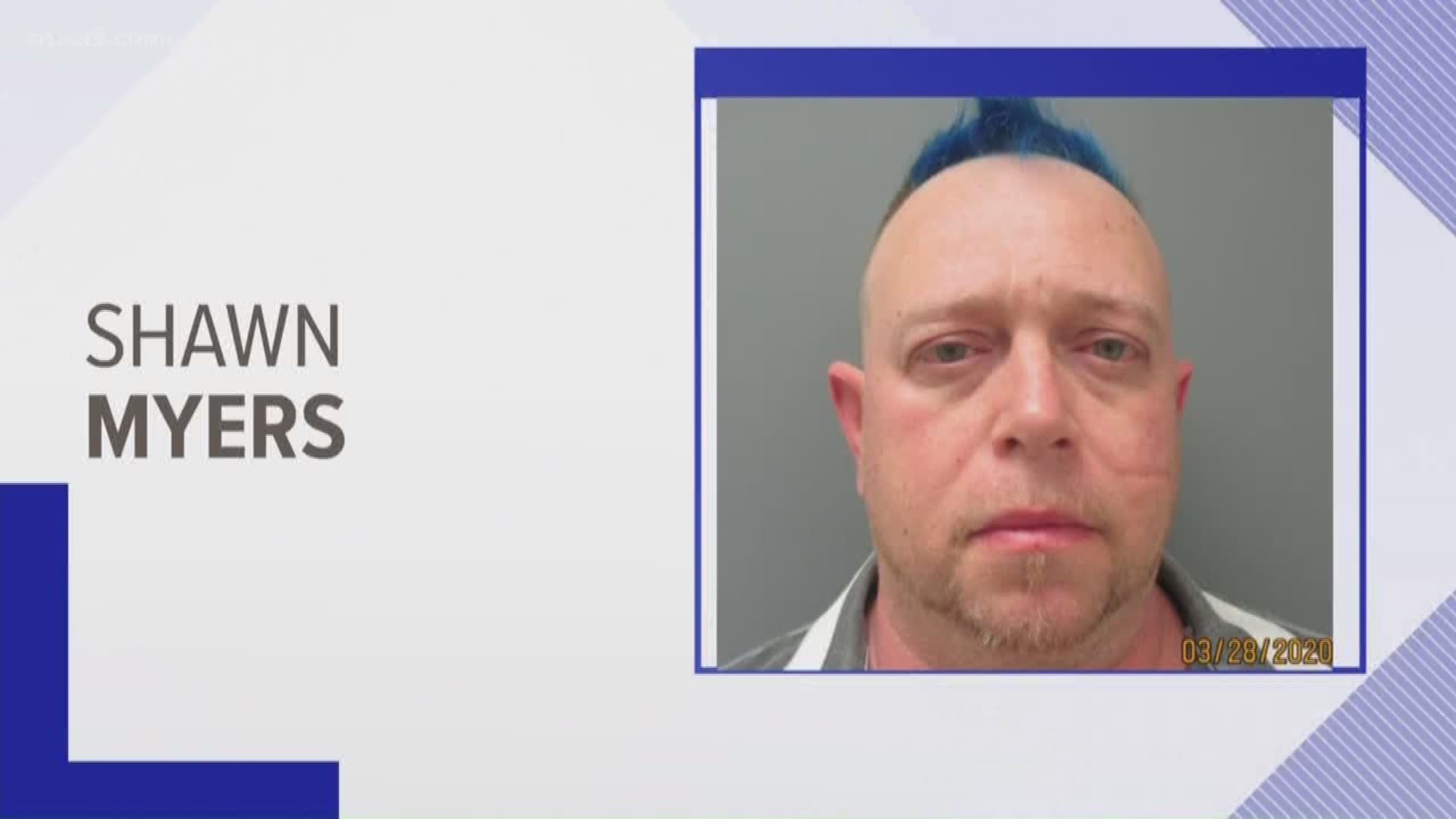 HUGHESVILLE, Md. — A Charles County man who hosted a bonfire party in defiance of Maryland Gov. Larry Hogan’s order to refrain from large gatherings is sentenced to one year in jail, according to officials.

Shawn Marshall Myers, 42, of Hughesville was convicted on Friday of two counts of failure to comply with an emergency order after he reportedly hosted nearly 60 people at his home in March and was asked multiple times to stop the large gathering before deputies arrested him.

Back in March, Charles County deputies went to Myers' home in the 15200 block of Lukes Lane for a report of a large party, according to the Charles County Sheriff's Office.

When authorities warned him that time about the violation, he ended the event.

Less than a week later, authorities received a similar complaint at Myers home. When they returned to the residence, authorities said Myers challenged the officers again, stating that he and the guests had a right to gather and hold the event.

Charles County sheriffs said Myers not only argued with the officers, but he also directed his guests to remain in defiance of their orders.

Myers was later taken into custody and charged.

The previous emergency order law put in place by Gov. Hogan forbidden gatherings of 10 or more people is part of social distancing and was a recommended guideline by the Centers for Disease Control and Prevention (CDC).

Myers will spend one year in the Charles County Detention Center. Once he is released, he will spend three years under unsupervised probation.