A car chase ensued after police received reports of a stolen SUV. The driver of the stolen vehicle hit another car, killing that driver and injuring the passenger. 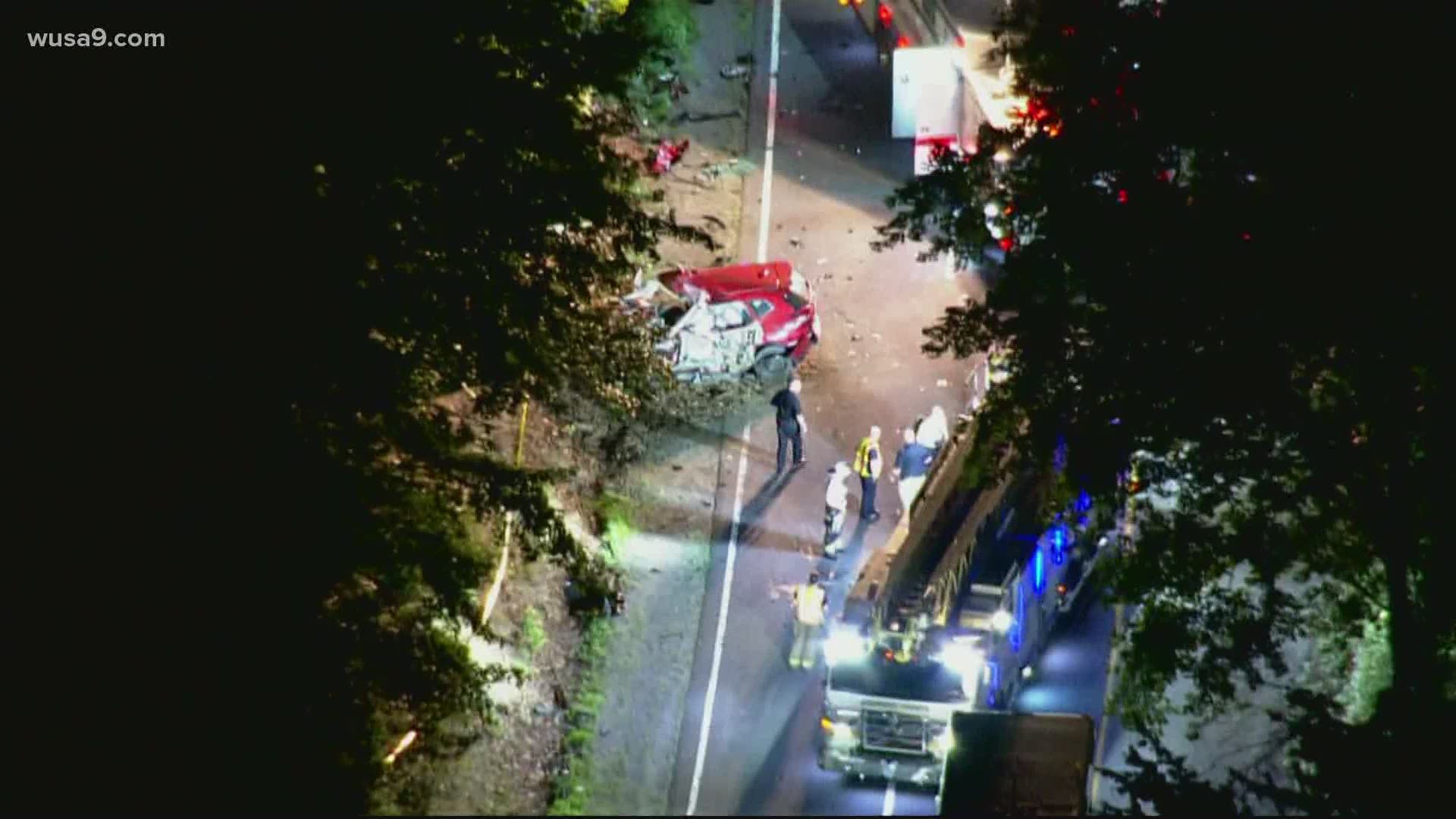 STAFFORD, Va. — A car chase between police and a robbery suspect ended in the death of a civilian not involved in the incident, while an officer also sustained injuries.

Around 7:40 p.m. the Stafford County Sheriff's Office said it received a report of a robbery and responded to the scene on Colonial Avenue in South Stafford.

A silver SUV was reported stolen and while deputies were filing the report, another deputy spotted the SUV heading northbound in the area of the regional jail. The deputy attempted to stop the car, but the driver of the SUV sped off and a car chase ensued, police said.

The driver of the SUV then fled southbound in the northbound lanes for half a mile before hitting a civilian's car head-on in the 2200 block of Jefferson Davis Highway, according to the Sheriff's department. The civilian driver was pronounced dead at the scene and the passenger was transported to the hospital with life-threatening injuries.

Waters is being charged with Felony Alluding, Felony Murder and Attempted Capital Murder. He is currently being held at Rappahanock Regional Jail with no bond.

No names have been released until next of kin can be notified.

The Stafford Sheriff's Office asked the public to avoid the area while they co continue to investigate the crime scene. Anyone with information relating to the incident should contact the Sheriff's Office.

Posted by Office of Stafford County Sheriff on Friday, July 17, 2020

RELATED: Fauquier County deputy faces charges after allegedly faking he was the victim of an attack