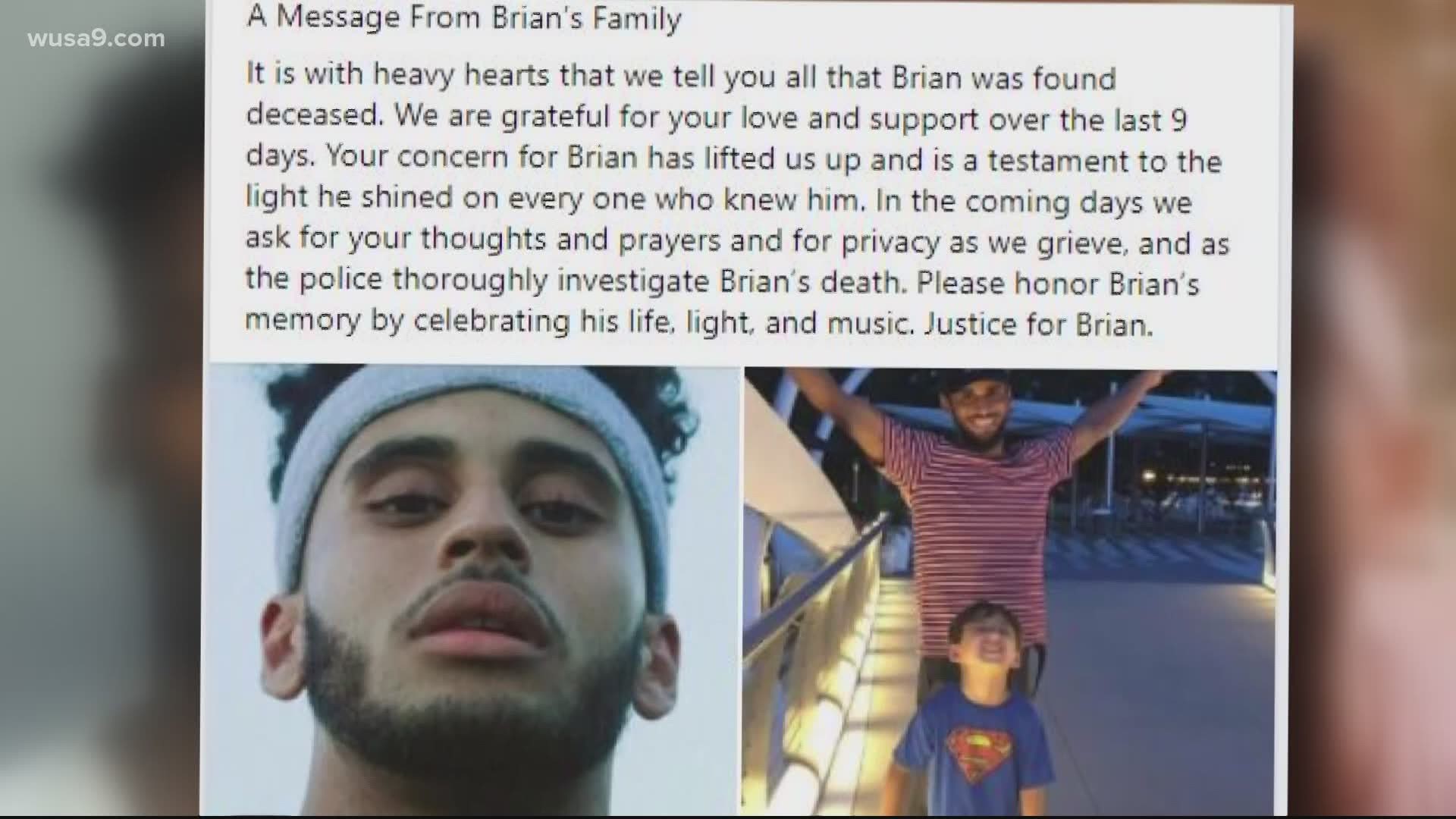 TRIANGLE, Va. — The family of an aspiring rap artist from Triangle, Virginia is asking for friends to honor his memory by playing his music.

The body of Brian Totter, 25, was found in the trunk of a former friend’s car after a car crash in Florida, near Miami, on Sunday. Police have charged Totter's former friend, 25-year-old Robert Deupree Avery Coltrain, with second-degree murder and illegal transportation of human remains.

Coltrain was arrested in Hialeah Florida after crashing his car on an expressway. In court documents, Florida authorities described how a “continuous foul odor” led them to the discovery of Trotter’s body in the trunk of Coltrain’s Silver 2009 Acura.

Police said Coltrain had a gun and a fired bullet was recovered indicating there had been shooting inside the car.

"It is with heavy hearts that we tell you all that Brian was found deceased. We are grateful for your love and support over the last 9 days. Your concern for Brian has lifted us up and is a testament to the light he shined on everyone who knew him. In the coming days we ask for your thoughts and prayers and for privacy as we grieve, and as the police thoroughly investigate Brian’s death. Please honor Brian’s memory by celebrating his life, light, and music. Justice for Brian."

According to police records in Florida, Coltrain called Trotter’s sister to apologize for his death after the suspect was arrested Sunday.  Florida Authorities believe Trotter was murdered in Virginia on Oct. 17 with his body turning up in Coltrain's car in Florida eight days later. Trotter was last seen being picked up by Coltrain at Trotter’s apartment in Triangle, Virginia on Oct. 17.

Family and friends conducted searches and an urgent social media campaign in an attempt to find Trotter. Florida Authorities have not revealed any motive they may have discovered in the case.

Trotter’s friends and family are sharing his music to remember him. He went by the name KentWon’tStop.