Man shot and killed outside night club in Bladensburg 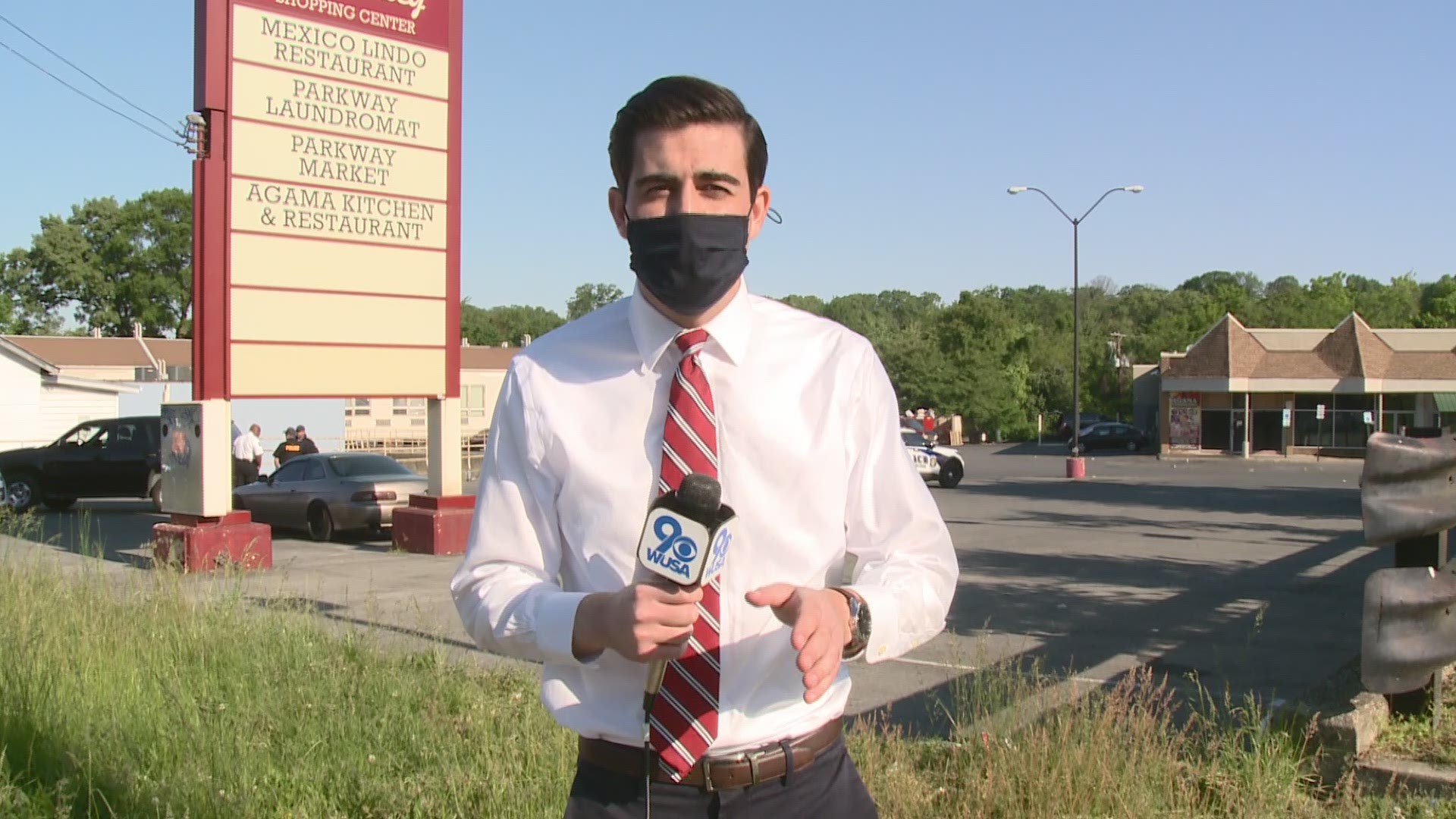 BLADENSBURG, Md. — An overnight shooting left a man dead in Bladensburg, according to the Bladensburg Police Department.

According to police, it happened around 3 a.m. early Saturday morning, outside the Mexico Lindo MXL Night Club on Annapolis Road. A crowd of people were leaving the club as it was letting out for the night.

Bladensburg Police Chief Tyrone Collington Sr. said "multiple" shots were fired in the parking lot and one man was struck at least once.

Collington said Bladensburg Police officers and emergency medical personnel attempted to provide "life saving measures" but the man died at the scene. Police have not yet publicly identified him.

A Bladensburg Police officer who was working part-time at a business nearby was the first to respond, Collington said.

"He heard the shots," said Collington. "He immediately put the call over the radio requesting additional units to show up."

The chief said additional units arrived within a minute of that first call.

RELATED: Man in custody after claiming to have explosive device near Joint Base Andrews' main gate, officials say

Killings are rare in Bladensburg. Chief Collington says this is the town’s first homicide of the year.

This was the first homicide of the year in a town where killings are rare, according to Collington.

"Last year we had none," Collington said.

A white sedan with what appeared to be bullet holes on the driver's side was towed from the scene, but the chief said trying trying to imply some motive based solely on that would be premature.

"We're not assuming anything," he said. "We're going to let the investigation take its course."

According to Collington, "several witnesses" have been questioned. So far, though, neither agency has publicly identified any suspects or possible motives.