Ezra McCandless is charged with murdering ex-boyfriend Alex Woodworth then carving "boy" into her arm; she claims self-defense 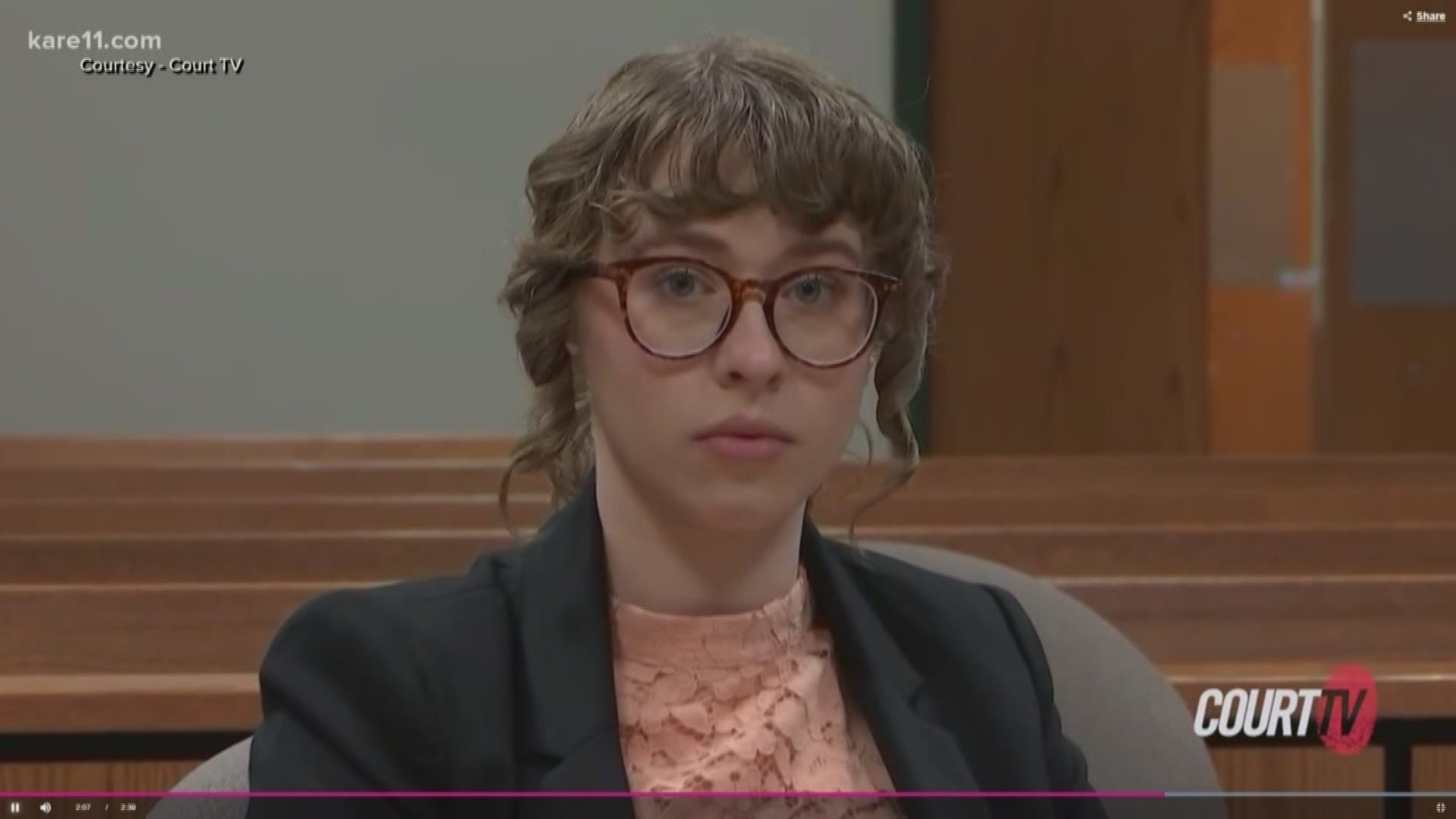 MENOMONIE, Wis. — With gavel-to-gavel coverage by Court TV, Ezra McCandless is on trial in Menomonie, Wisc., for the murder of her ex-boyfriend Alex Woodworth.

McCandless stabbed Woodworth 16 times in March 2018, killing him. That is not in dispute. But was it self-defense or was it first-degree murder?

McCandless' attorney Aaron Nelson said she met up with Woodworth that day to talk, for closure about how they broke up.

They drove to a country road, and there, Nelson said, Woodworth forced himself on McCandless and began cutting her clothing off with a knife. Nelson said it turned into a struggle, and McCandless managed to get the knife from him.

"He holds her neck. He squeezes her neck. And he looks her in the eyes. And she just stabs anywhere and everywhere that she can. She is terrified," Nelson said.

Nelson said McCandless was afraid, because Woodworth was a nihilist -- captivated with violence and cannibalism.

"He believes life has no meaning," Nelson said.

When McCandless reached a farm to seek help, the word "boy" was carved into her arm.

In a police interview, at first McCandless said Woodworth did it, an angry reference to the fact she used to identify as a male, which Woodworth preferred.

But police didn't buy her story, and she changed it.

"He didn't do that to you did he?" the officer asked in the interrogation.

"You carved boy into your own arm. Is that right?" the officer asked.

The prosecution says this case is about something else.

"This case is about an extreme anger, and a twisted form of love," said Dunn County District Attorney Andrea Nodolf.

Nodaolf said McCandless was sexually involved with three men and killed Woodworth in a desperate attempt to recapture the relationship she wanted with another ex.

"Throughout this trial, you will see who the real defendant was," Nodolf said.

At the end of the strange case, the jury will have to decide whether they believe McCandless' self-defense claim or else convict her of the state's most serious charge - first degree murder.

The state will continue its case calling witnesses Monday morning.

McCandless is expected to testify in her own defense, which could come late this week or early next week.

For more coverage of the McCandless trial, go to CourtTV.com.