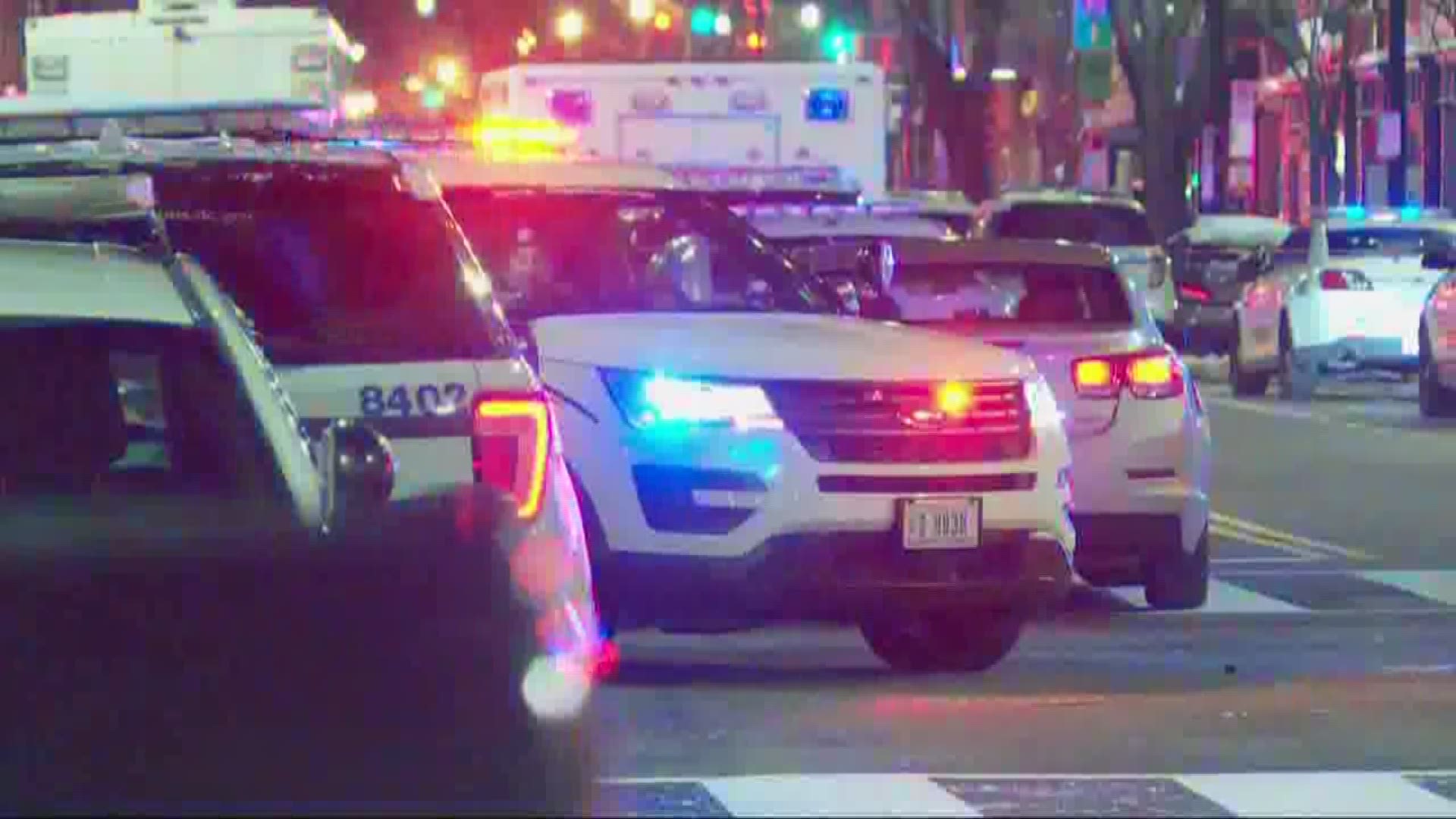 ASHBURN, Va. — Residents in a Loudoun County neighborhood were told to shelter in place on Thanksgiving afternoon after police responded to a gunfire complaint.

Police said the situation happened in the 20200 block of Macglashan Terrace in the Belmont Greene Community at around 8:40 a.m. Thursday after reports of a shot fired through a neighbor's wall were called in.

Loudoun County Police have since arrested 30-year-old Bernard R.Ofori with possession of a firearm by a convicted felon and reckless handling of a firearm after several hours of standoff with police.

Ofori is currently being held at the Loudoun County Adult Detention Center on no bond.

Nearly a dozen neighbors, including the suspect's family, were evacuated to a neighboring school until the barricade situation was resolved.

There were no injuries involved during the situation.

Police advised residents to stay in their homes or avoid the area if they weren't home as authorities worked with the suspect.

Back on Nov. 17, Fairfax County Police responded to a barricade incident near the 6200 block of Fogle Street in Franconia where police said a man with a gun barricaded himself inside a home.

RELATED: 1 man in custody after barricade situation in Franconia, Virginia

No injuries were reported, and the man was eventually taken into custody. Residents nearby were asked to shelter in place.