State leaders believe that Virginia is only the seventh state in the country to fully eradicate its backlog of untested rape kits. 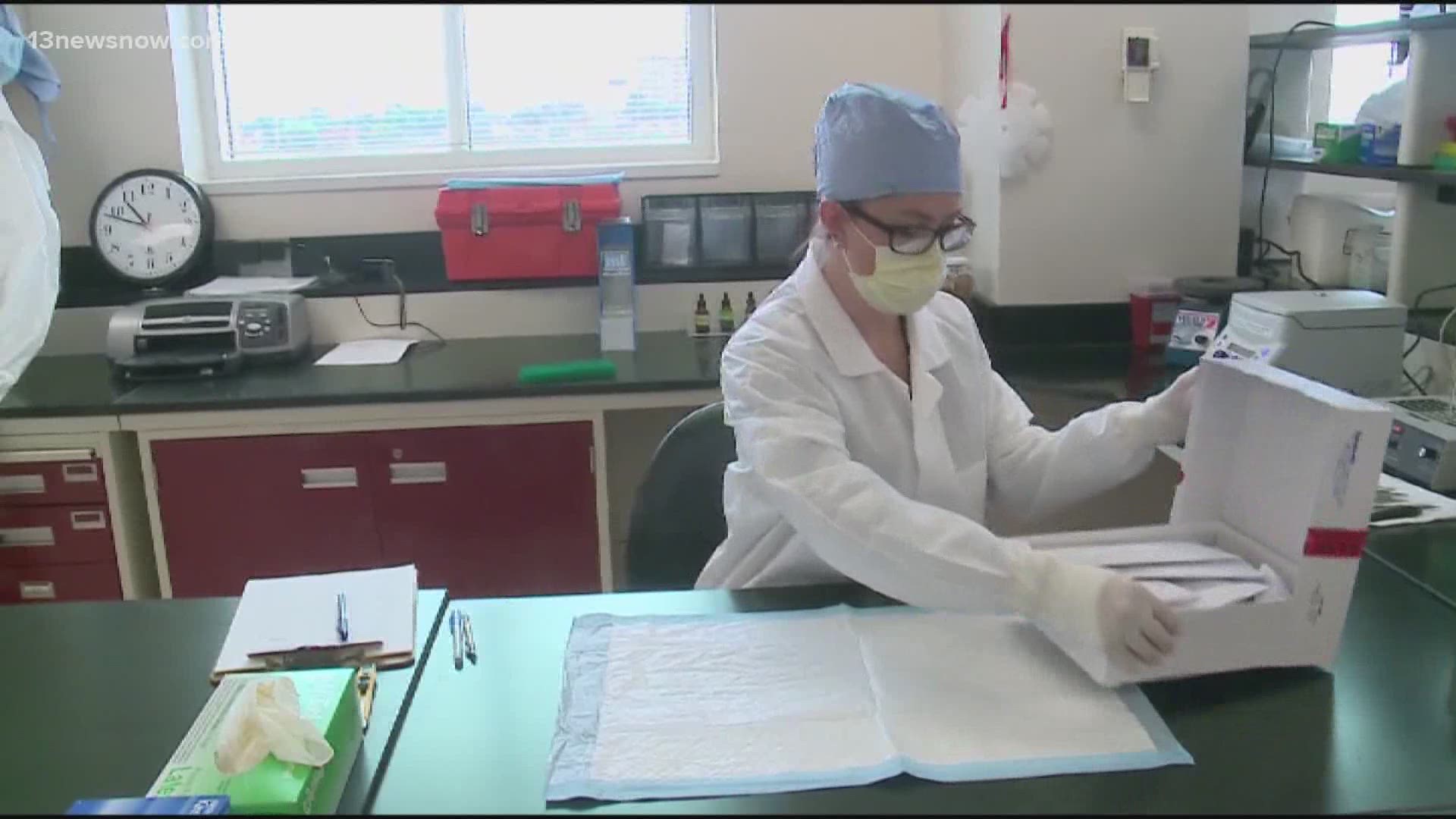 The backlog carried 2,665 untested rape kits. After those kits were sent to multiple labs for DNA testing, 851 new DNA profiles were entered into the national DNA database and 354 profile matches were sent to law enforcement agencies for further investigation.

The completion of one of those test kits even led to a criminal case against a 26-year-old Spotsylvania man.

In 2015, 13News Now uncovered hundreds of sexual assault kits in Hampton Roads that hadn't been sent to state labs for testing. At the time, there was no law mandating that tests had to be performed on new or backlogged rape kits.

In 2016, then-Governor Terry McAuliffe signed legislation that would ensure that DNA evidence collected from sexual assault victims would be preserved and tested on a more consistent basis.

"Eliminating this backlog means that a wrong has been righted, that justice is closer for more survivors and that Virginia is a safer place," Herring said in his Wednesday announcement.

The attorney general believes that Virginia is only the seventh state in the country to clear its entire backlog.

“Each of these kits represented a survivor’s trauma, and each of them could’ve held key evidence in bringing a perpetrator to justice, but they had been pushed to the side and never dealt with," Herring said.

When Herring was first elected to office more than six years ago, he said the backlog grew to nearly 3,000 untested rape kits.

The endeavor to complete thousands of these tests was part of the Physical Evidence Recovery Kit (PERK) testing initiative. Along with completely wiping out this backlog, Herring invested in training to bolster trauma-informed, survivor-centered responses and worked with the Department of Forensic Sciences to launch Virginia's first electronic statewide PERK tracking system.

The tracking system allows DFS, law enforcement, hospitals, and survivors to check the status of rape kits at any time.

“When I say the backlog is gone and never coming back, I mean it. We have made sure of that," he said.