An 18-year-old and two minors are being charged as adults, after hitting a cop with their car, fleeing the scene and engaging in a short car chase with another cop. 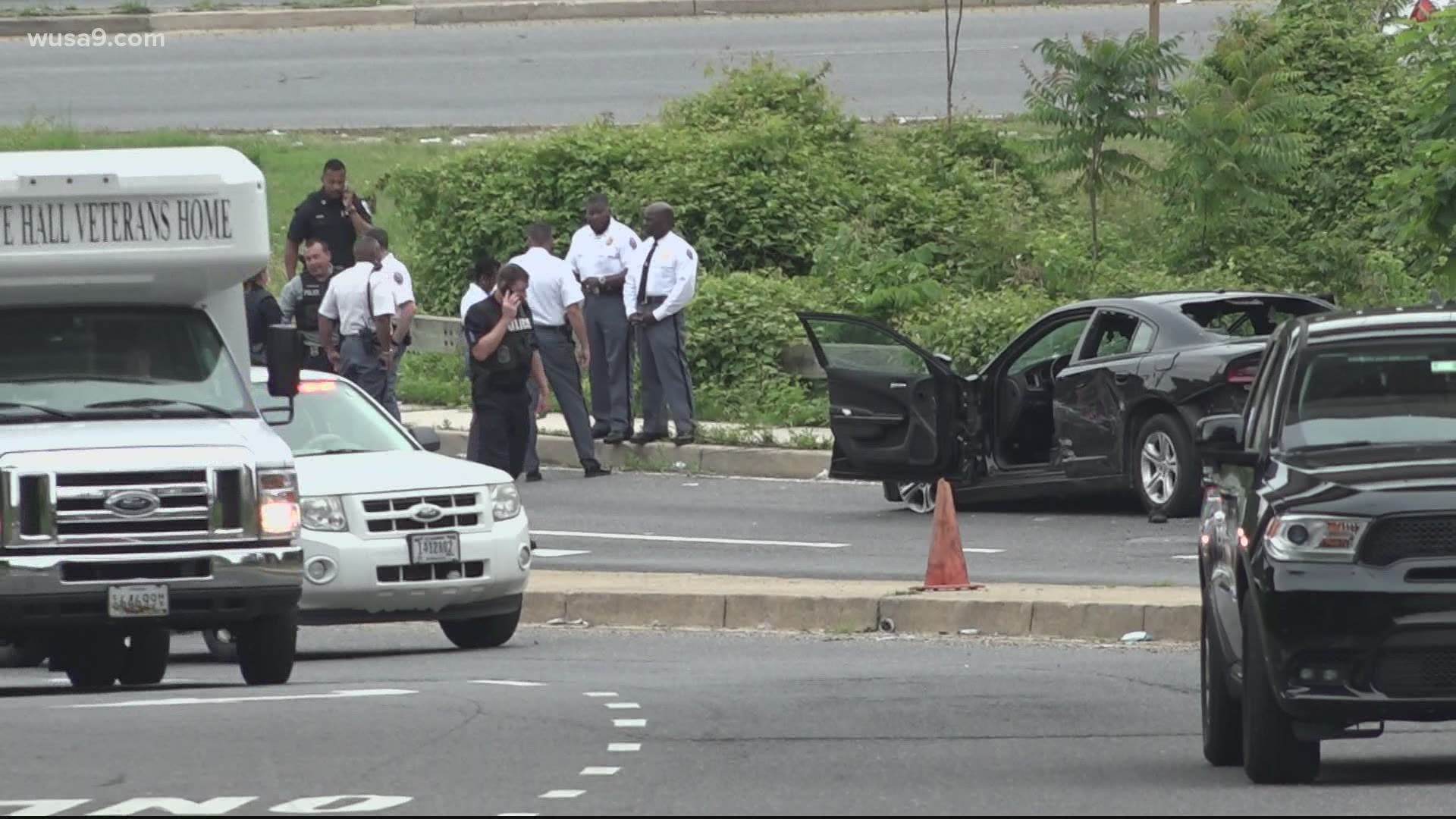 TEMPLE HILLS, Md. — An 18-year-old and two minors have been arrested and charged with the attempted murder of a Prince George's County Police officer, after hitting the officer with a stolen car while fleeing the scene of an investigation.  Paul Canarte, 18, of D.C., and two other juveniles are all being charged as adults.

Around 10:30 a.m. two Prince George's County Police officers responded to a report of a stolen credit card being used in the 4900 block of Beech Road in Temple Hills, according to PGPD Deputy Chief Anthony Schartner. When they arrived, Schartner said officers found a car repair business in a warehouse building and as they approached the business on foot, an overhead-style garage door came up and a stolen black Dodge Charger exited the garage.

As the car was leaving at a high speed, the driver hit one of the officers, sending him over the hood of the car, into the windshield, Schartner said. The second officer shot his gun into the car, before the suspects fled the scene in the Charger, according to Schartner.

"The black Charger hit our officer at a high rate of speed, threw him up in the air and onto the hood, rolled over the windshield and then rolled off," Schartner said.

The officer was treated and released from the hospital.

The officer who shot his gun pursued the suspect vehicle in a short car chase that ended near the intersection of Naylor Road and Suitland Parkway. Schartner said all three occupants of the Charger fled the car on foot. Two of the suspects were caught immediately, including Canarte who was tased by police. The third suspect fled into the woods, but was found several hours later and taken into custody.

The officer hit by the car was treated for minor injuries and released from the hospital.

A police investigation found that the Charger was stolen from D.C., and inside the car were the parts to two complete polymer 80 handguns along with two loaded 30-round extended magazines.

#BREAKING: Prince George’s County Police charge — an 18 y/o and two juveniles — with the attempted murder of a police officer @wusa9