Virginia State Police arrested 18-year-old Mohamed Aly with two counts of first-degree murder and two counts of use of a firearm in the commission of a felony. 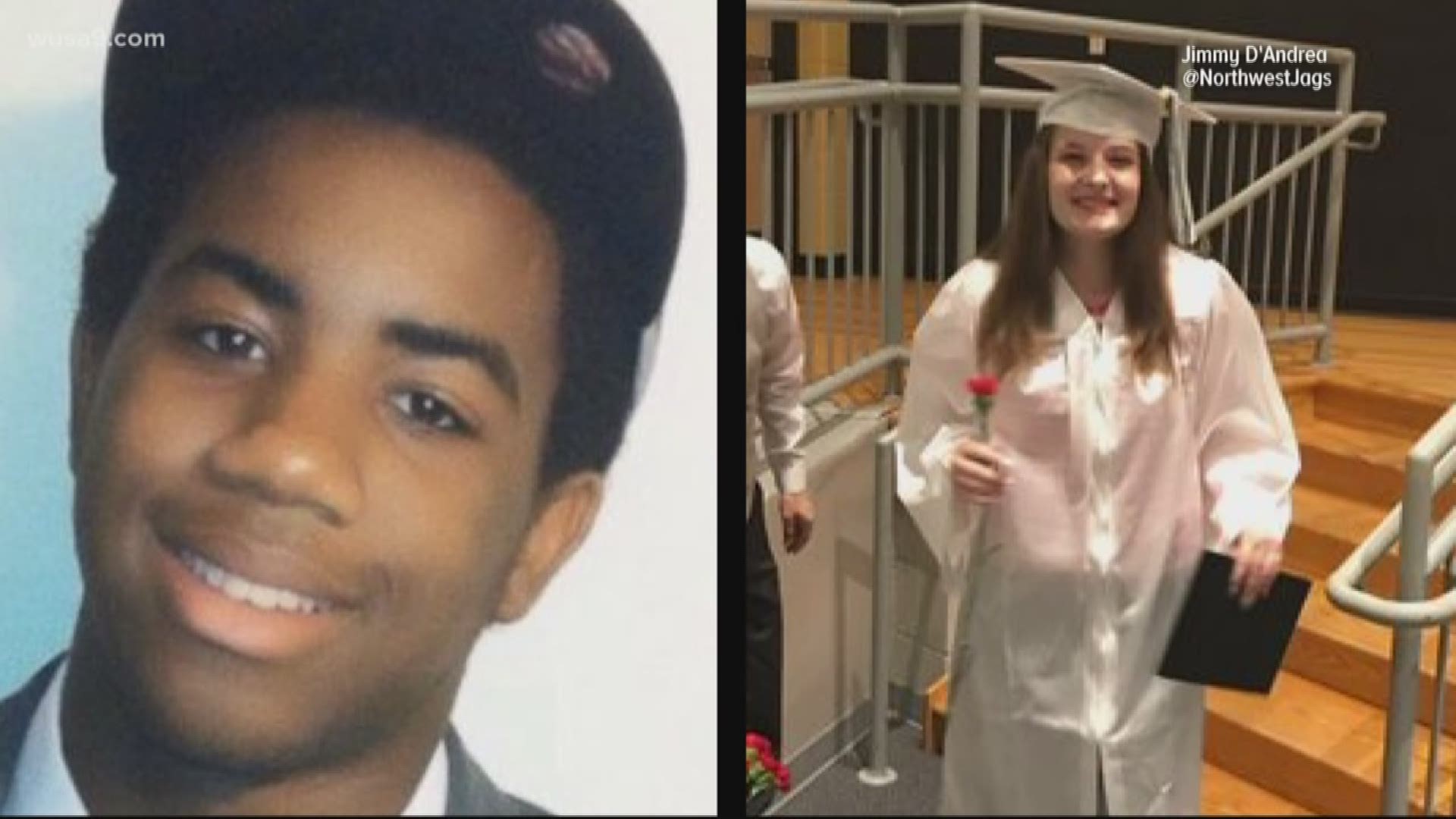 TURBEVILLE, Va. — An 18-year-old man from Alexandria has been charged in connection with the murder of a couple found dead near the North Carolina border in rural Virginia.

Virginia State Police charged Mohamed Aly, 18, of Alexandria with two counts of first-degree murder and two counts of use of a firearm in the commission of a felony.

Police discovered the bodies of Ayanna Griffin, 19, of Germantown, and Joel Bianda, 21, of Alexandria, Saturday morning, in the median of US Route 58 in Turbeville, which is a four-hour drive from Washington, D.C.

Both Maertens-Griffin and Bianda's bodies were found next to a silver Nissan Maxima, but Virginia State Police do not believe the pair died in a car crash.

In a press release, VSP said they believe both Maertens-Griffin and Bianda were murdered. The details as to how have not been released by officers.

"State police personnel have been working around the clock pursuing multiple leads related to this homicide investigation,” Capt. David O. Cooper II, Commander of the Virginia State Police Bureau of Criminal Investigation's Appomattox Field Office said. "We cannot thank the public enough for providing the tips and information necessary to aid our special agents with effecting an arrest so quickly.”

Ayanna's aunt, Kassie Rich, said she was not sure why the pair, who were dating, were in southern Virginia.

"It's completely broken all of our hearts," Rich said. "I don't even know if we're going to officially figure out everything, but we hope and pray that we do."

Maertens-Griffin and Bianda both graduated from Northwest High School in Germantown, according to their formal principal. Two GoFundMe pages have already been set up to support their respective families.

"She was a light in the darkness," Rich said of Ayanna. "Say something, if you've seen even the slightest thing, tell somebody."

Virginia State Police said they are particularly interested in hearing from anyone who may have seen the silver Nissan Maxima, with Virginia plates, between South Boston, Va. and Danville, Va. between the hours of 11 p.m. Friday, Feb. 7 and 3 a.m. Saturday, Feb. 8.

Aly, according to police, will be held at the Blue Ridge Regional Jail in Halifax.

As the investigation remains ongoing at this time, police are still encouraging anyone with information about this incident or individuals involved to contact us at 434-352-7128.

RELATED: 2 dead in Damascus after apparent murder-suicide on Christmas morning