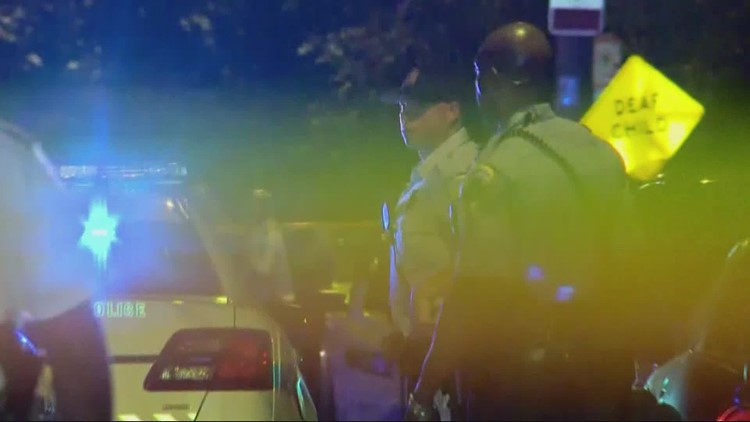 WASHINGTON — The American Civil Liberties Union of D.C. is suing a D.C. police officer for an "unconstitutional and exceedingly invasive search" of a 33-year-old District resident.

According to the ACLU, Mbalaminwe Mwimanzi was searched by MPD Officer Joshua Wilson in 2019 without a warrant or "articulate suspicion that the search would yield contraband, weapons, or evidence."

The incident happened Jan. 15, 2019 in the Petworth neighborhood. The ACLU said Mwimanzi was watching TV with friends at a friend's apartment when MPD officers broke down the door around 9 p.m. They were there to execute a search warrant for drugs and drug paraphernalia on the property.

According to the ACLU, the warrant didn't authorize searches of the residents or anyone else on the property.

"Nevertheless, officers ordered everyone in the apartment—seven individuals including Mwimanzi—to put their hands behind the backs and lie face-down on the ground," the press release said. "Everyone was handcuffed, then patted down by officers."

After this initial search, an MPD officer "yanked" Mwimanzi toward him, the ACLU said. When Mwimanzi protested, the officer told him he had a "bad attitude."

The officer referred Mwimanzi to another officer who searched him again. The officer unzipped Mwimanzi's jacket and looked in his pockets.

Officer Joshua Wilson with MPD then walked up to Mwimanzi and asked another officer if he'd been searched.

"Although the other officer replied affirmatively, Officer Wilson ordered Mwimanzi to stand and spread his legs," the ACLU release said. "Officer Wilson pressed his hand into Mwimanzi’s buttocks, causing severe pain. He moved to Mwimanzi’s testicles, rubbing and jamming them against his leg, again causing excruciating pain. Mwimanzi screamed in protest. Ofc. Wilson repeated the molestation of his scrotum despite his screams."

No drugs or paraphernalia were found in the home or on any of the party attendees the ACLU said.

"They had already searched me twice before and found nothing, so to search me a third time and to humiliate me like that in front of everyone was dehumanizing," Mwimanzi said in the release.

"He continued to have pain in his groin area for months following the event, and has suffered emotional trauma, including anxiety, anger, depression, and obtrusive thoughts that have negatively affected his work and training at a vocational school," the ACLU release said.

This is the fourth lawsuit the ACLU-DC has brought in recent years that involves an individual MPD officer conducting a sexually invasive search. The recent lawsuits are as follows:

1. McComb v. Ross, was filed in early 2014 and settled in the spring of 2017 after significant discovery.

2. Horse v. District of Columbia, was filed in June 2017 and alleged improper searches of Inauguration Day protesters after they were detained as part of a mass arrest. That case is pending.

3. Cottingham v. Lojacano, was filed in July 2018 and settled in December 2018. The defendant in the Cottingham case, Officer Sean Lojacono, was dismissed by MPD following a disciplinary process.

"Officer Wilson’s search of Mr. Mwimanzi was reprehensible and degrading, and as we now know from our previous cases, it’s far from an isolated incident," Michael Perloff, attorney for the ACLU-DC, said. "This appears to be an all-too-common tactic MPD officers have used against countless individuals, and it must stop now."

Perloff went with Mwimanzi to an in-person viewing of MPD's body-worn camera footage of the search before filing the lawsuit. The viewings don't permit the footage to be copied or released to the public. The ACLU-DC submitted a Freedom of Information Act request for the footage, but MPD hasn't responded.

WUSA9 reached out to MPD for comment, but hasn't received a response. We also requested the body-worn camera footage or a police report.