Ryan Thomas Walker's probation history was described largely as "less than satisfactory." Now, he's charged with the murder of a 56-year-old father of two. 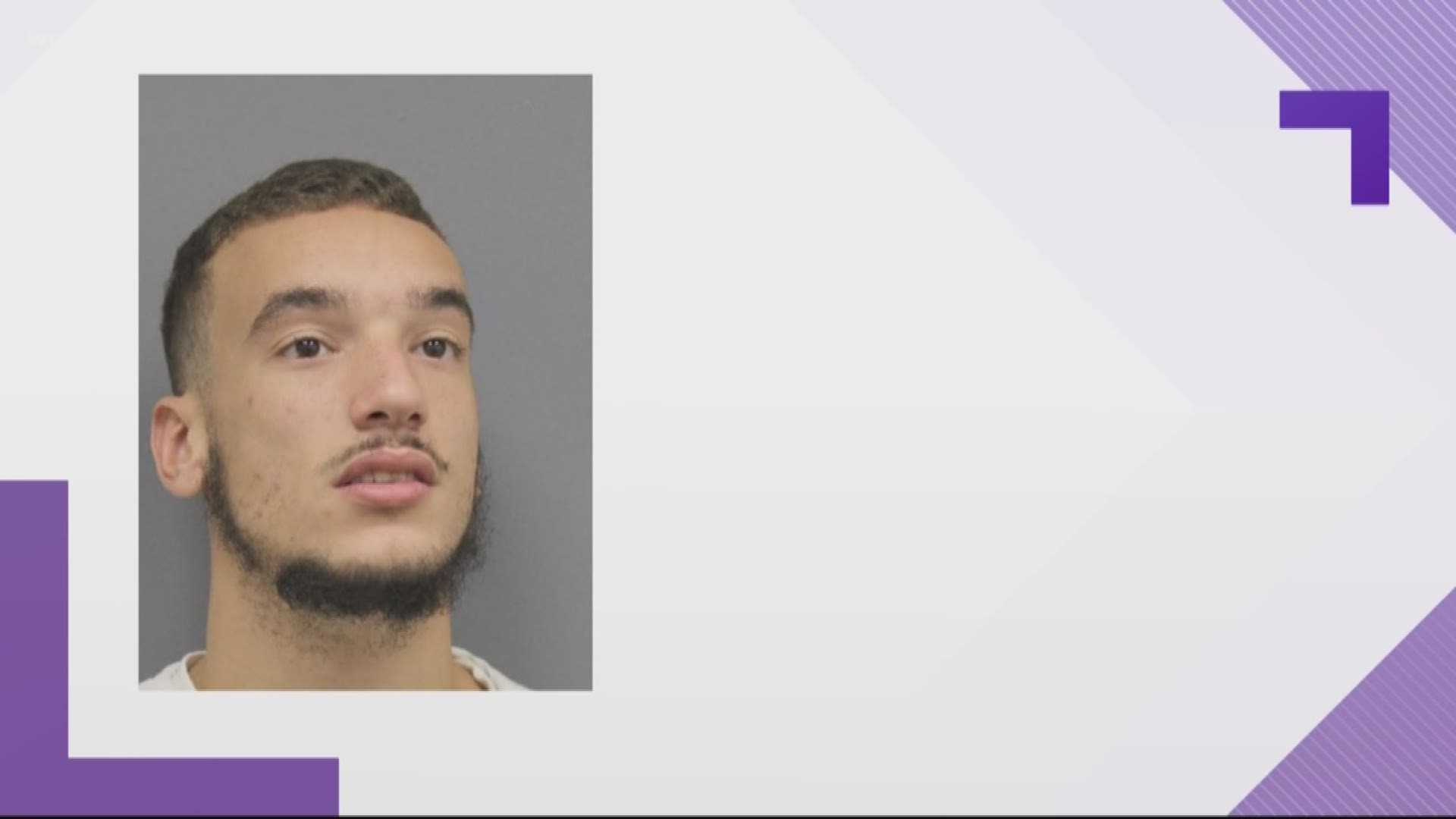 MANASSAS, Va. — Six weeks before a father of two was killed at a Manassas Denny's restaurant the morning after Christmas, another man stood before a Prince William County judge for violating his probation. The judge reviewed the man's probation history, described largely as "less than satisfactory," except for the month before his Nov. 14 probation hearing.

After adding up points on a state-mandated court worksheet, the judge decided Ryan Thomas Walker fell two points shy of being sent back to Virginia state prison.

Chief Judge Carroll Weimer Jr. of Prince William Circuit Court made the decision to not return Walker to prison to serve out his sentence, despite several accounts of recent probation violations, including skipped drug tests and admitted daily use of marijuana.

Now, 22-year-old Walker, of Chantilly, sits in another jail cell, charged with the murder of Yusuf Ozgur, 56, of Manassas. Ozgur was shot to death during an early morning armed robbery at Denny's on Sudley Road in Manassas, while picking up a DoorDash delivery order.

Prince William County Police say Walker, and fellow probationer Jordan Anderson, charged into Denny’s on Dec. 26 and shot two witnesses, killing Ozgur. Both Walker and Anderson are also suspects in a series of armed robberies in the Manassas area in the days prior. Neither have been convicted of any of those crimes at the time of publication.

According to the court documents, Walker’s criminal history in Prince William County begins on the morning of July 11, 2016. 20-year-old Walker knocked down a woman pumping gas at a Sunoco gas station on Sudley Road. Walker later pled guilty to stealing the woman’s wallet with $1,000 in cash and a gold bracelet worth $5,000.

A police report says officers tracked Walker to a nearby hotel using gas station surveillance video. Detectives became suspicious that Walker gave them a fake name when he kept changing the name’s spelling and date of birth. Detectives later charged Walker with lying to them about his identity, saying he tried to assume his cousin’s identity.

Walker pled guilty to the robbery and the identity crime. Before sentencing, relatives wrote to Judge Weimer, pleading for leniency.

"His recognizing that the acts he committed were wrong and understanding the effect on the victims and his family has caused a softening and humbling of his attitude and views," wrote Walker's grandmother, Sharon Luna.

"Ryan spent his younger years in a constant unstable living environment," Walker's aunt Crystal Walker wrote. "His life was like many of the young men and women you see in court every day, growing up impoverished, attending less than stellar schools and constantly moving from home to home."

RELATED: Second suspect in Denny's homicide apprehended by US Marshal

Walker was sentenced to six years in prison in July 2017. All but a year-and-a-half were suspended, as long as he met his probation conditions until 2021.

After release from prison in 2018, Walker’s probation officer wrote the court the following report in July 2019: "Since the start of the subject’s probation term, his adjustment to supervision has been less than satisfactory. Subject has missed multiple urine screens and admitted daily use of marijuana. Subject has also not made himself available to supervised probation. Subject has not honored appointments or instructions given by his supervising officer. Subject has been non-compliant and therefore returned to court for possible probation violation."

Court documents also show Walker wasn’t paying any of the required $6,000 restitution to the robbery victim, despite having a landscaping job making $400 a week, while living with his father.

Walker was taken back to jail until he made bail before a November 2019 probation revocation hearing, in front of the same judge who presided over the case that sent him to prison.

Once out of jail, Walker was making progress, according to his probation officer. On Nov. 1, Walker’s probation officer reported, "Mr. Walker reports that he plans to use his earnings to start a payment plan for his restitution and court costs. Mr. Walker has not missed any appointments with his supervising officer or random drug screenings. Mr. Walker provided a total of three urine screens since the aforementioned date. Each urine screen was negative for all illicit drugs and alcohol. Mr. Walker reports that he is willing to complete any self help or cognitive based program recommended for him."

Judge Weimer checked off the box deciding that Walker’s probation be "continued under same conditions," as well as writing that Walker was "completely defying terms of probation" until "the last month."