3D printers can make toys, tools, even artificial limbs for those in need. But there are now concerns about more nefarious items like illegal 3D-printed guns. 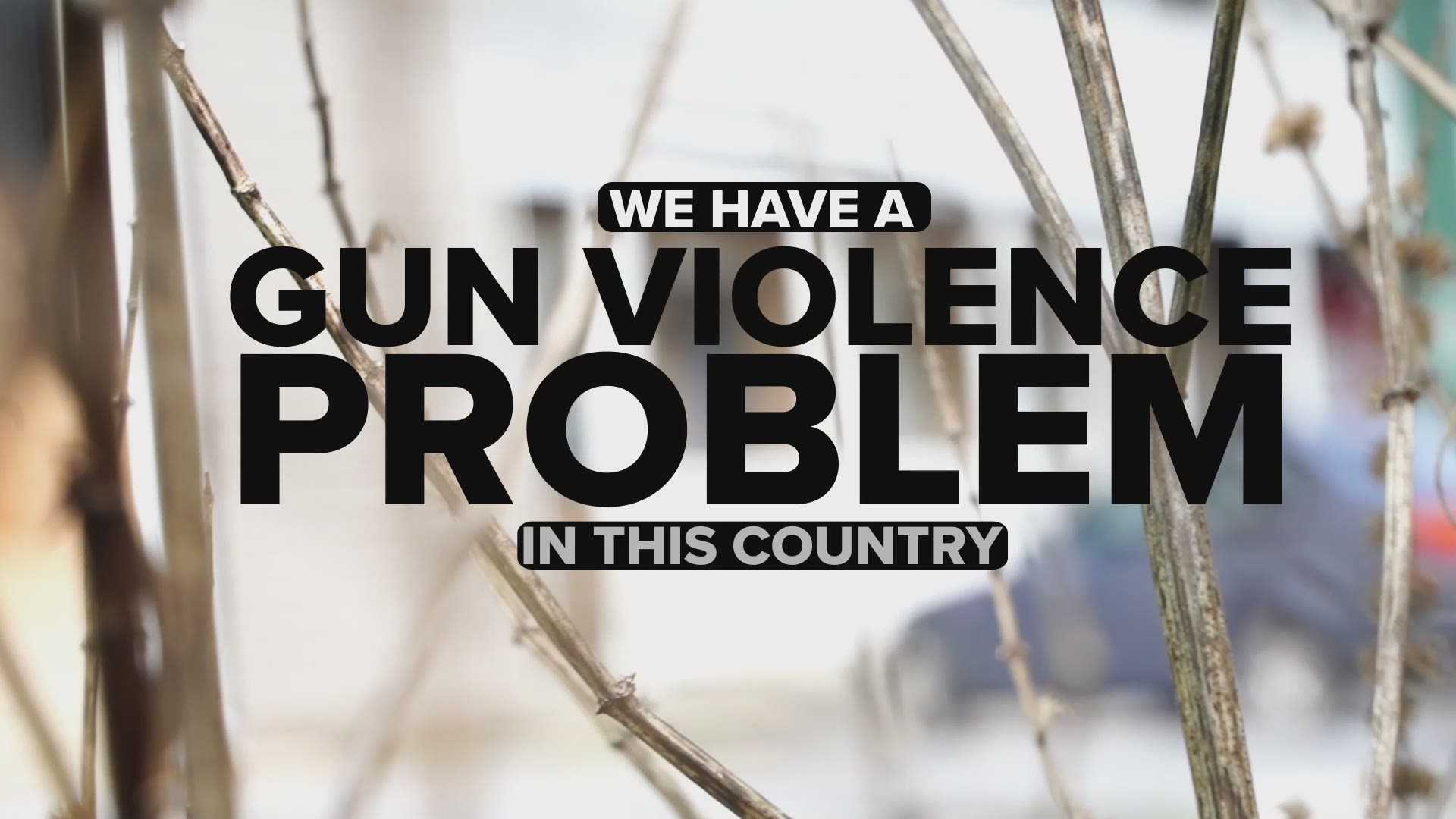 WASHINGTON — Inside a small apartment last year in West Virginia, prosecutors said Timothy John Watson operated an online retailer named "Portable Wall Hanger." But they say it was just "a front," and Watson was actually selling "machine gun conversion devices," which allow rifles to fire multiple shots with just one press of the trigger.

Authorities accuse Watson of making those devices with a 3D printer. Newly manufactured machine guns are illegal and the government accuses Watson of "Unlawfully Engaging in the Business of Manufacturing" them.

On top of that, court records allege Watson sold to people associated with the Boogaloo movement. They say "they are preparing for, or seek to incite, a second American Civil War," according to the documents.

In court, Watson's attorney said the West Virginia man is not a violent extremist and the devices he sold were in fact to be used as wall hangers.

Watson pled guilty to unlawful possession of a firearm silencer charge, but his lawyer said he still can't talk to WUSA9 because he is awaiting sentencing. At that hearing in October, the feds plan to ask for a higher sentence because of the manufacturing and transferring allegations.

The ATF told WUSA9 this case is believed to be one of the first federal prosecutions and forfeitures of 3D-printed firearms and accessories. Law enforcement is now working to figure out how big of a problem 3D-printed firearms are and prevent them from getting into the hands of criminals.

“Once those 3D-printed firearms are made, they're firearms,” Charlie Patterson, who is the new special agent in charge of the Washington Field Division for the ATF, said. “Those firearms are being recovered as we speak and are being used in violent crimes in cities.”

According to federal law, people who build their own firearms may use 3-D printing, as long as the firearm has some kind of material, like metal, making it "detectable." In order to sell them, you have to have a federal firearms license, authorities say.

The Attorney Generals in D.C., Maryland and Virginia are all trying to find a way to keep these guns and the parts to make them off our streets.

“You don't have to go through a background check," Virginia Attorney General Mark Herring said. "They're virtually undetectable and they evade Virginia law. These are extremely dangerous and are a real threat to public safety.”

“We may not know empirically how big of a problem this is, but it doesn't take a lot of data for people to understand how easily this could become a significant problem,” Herring added. “If someone who is not lawfully able to purchase a gun, can get these blueprints and make their own, it's a way to do a complete end-run around the laws that we have to keep our communities safer.”

Even the ATF said they only become aware of a 3D-printed firearm used in a crime if state or local law enforcement let them know about it. Police are not required to do that.

“We have the ability to track the trends that are specific or unique to different cities and areas, as long as they're inputting that data into our tracing center the way that they need to,” Patterson said.

As a part of his plea in West Virginia, Timothy Watson will forfeit 3D-printed items, the 3D printers, parts and supplies. He faces up to 10 years in prison.

“We live here as well,” Patterson said. “You know, we have family members that live here and it is a great concern to us, all of us in the law enforcement community, to make sure that we're doing the best job that we can to keep the people safe.”

In the meantime, we're seeing proposals and legislation dealing with 3D-printed guns and other guns without serial numbers pop up in local and state jurisdictions.

The Montgomery County Council sent out the following press release on April 6 regarding the topic:

Ghost guns or do-it-yourself guns are unserialized firearms built by unlicensed individuals. Currently, these untraceable guns often evade detection and are not entirely prohibited by federal and state laws. Generally, kits to build ghost guns are readily sold on the internet, without the requirement of federal background checks. However, individuals may build ghost guns at home using blueprints and 3D printers.

To date, only California, Connecticut, the District of Columbia, Hawaii, New Jersey, New York, Rhode Island, Virginia, and Washington State have established regulations to prohibit the manufacture, sale, or use of ghost guns. With this groundbreaking legislation, Montgomery County will be the first local jurisdiction in Maryland to prohibit the access of ghost guns to minors under 18 years old and within 100 yards of public assembly.

The Ghost Guns Bill prohibits the use and sale of ghost guns to the greatest extent possible consistent with state law.

The Ghost Guns Bill would also do the following:

In the District, the DC Council passed this public safety law, which also deals with ghost guns.

This isn’t only an issue in the states. Police in Spain said they uncovered what’s believed to be the first workshop using a 3D printer to make illegal firearms in that county. They arrested one person and confiscated components for 19 weapons made from 3D printing.