The two bodies were found along the Appalachian Trail in Washington County early Friday morning. 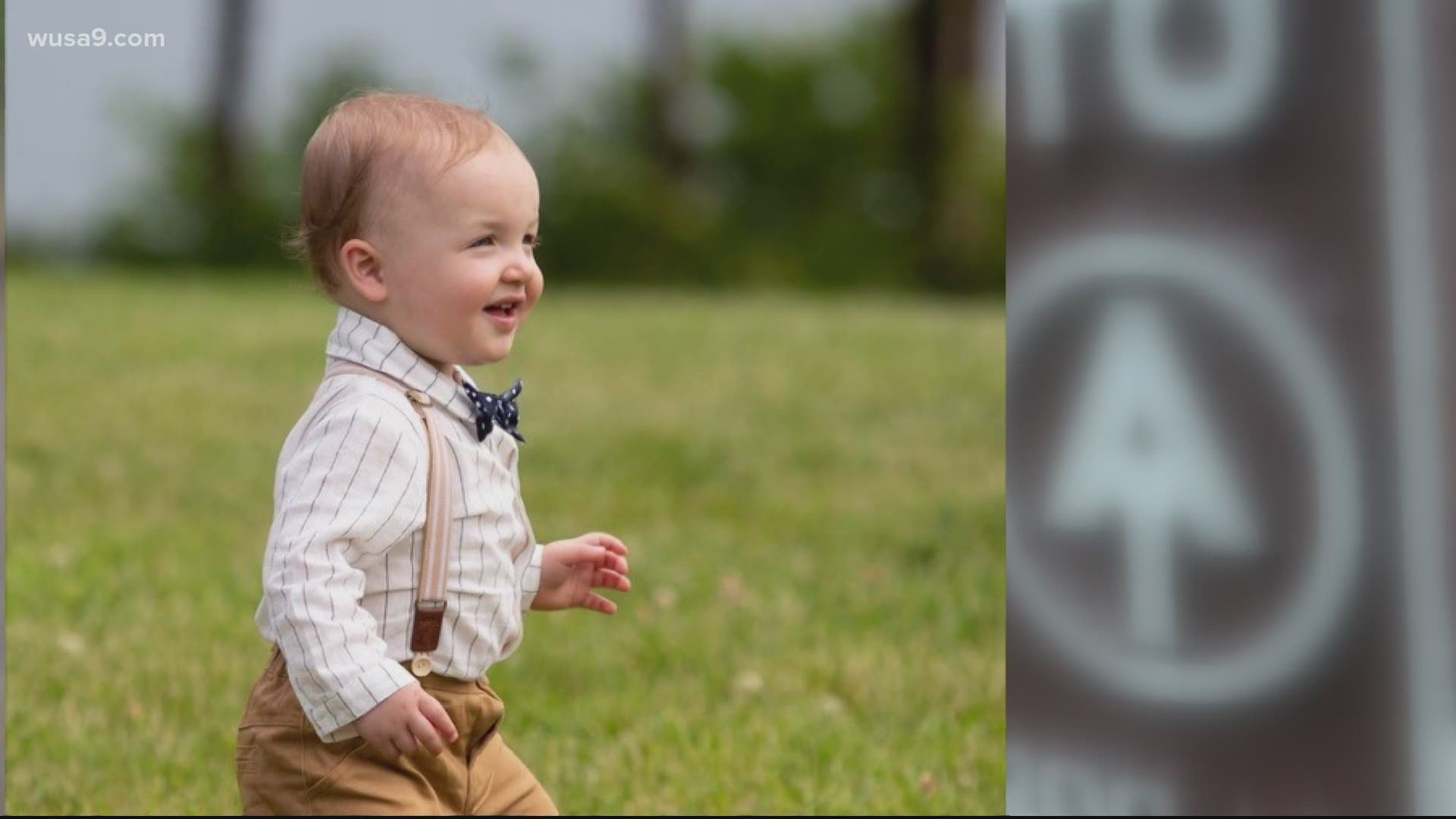 BOONSBORO, Md. — A 2-year-old boy is dead after an apparent murder-suicide, Maryland State Police said Friday. The bodies of the young boy and his father were found along the Appalachian Trail in Washington County early Friday morning.

According to the preliminary investigation, around 10:30 p.m. Thursday, Sean Thompson's wife, and mother of Dawson called MSP and reported her husband had picked up their son from her parent's home near Boonsboro around 8:30 p.m. She said her husband told her parents he was going hiking.

Mrs. Thompson went to the parking lot along the Appalachian Trail in the 11000-block of Baltimore National Pike in Boonsboro, where she found her husband's parked car. She then called police to report her husband and son missing. She told police she was concerned because her husband had been despondent.

Shortly after 3 a.m. on Friday, the body of the child was found in a ravine off the trail, more than a mile north of where the car was found. Less than an hour later, Sean Thompson's body was found. Police said both bodies had "obvious trauma" and a knife was recovered from the scene.

Maryland State Police Homicide Unit investigators and crime scene technicians were processing the scene Friday, which is described as rugged and only accessible on foot.

The family was living together, according to MSP. The motive in this case remains unclear.

Anyone who may have additional information should contact Maryland State Police Frederick Barrack at 301-600-4151.

RELATED: Mom of 2-year-old hit, killed by dad's truck backing out of driveway has a warning for parents