New arrest made in death of 10-year-old Makiyah Wilson

Isaiah Murchison, one of 11 people indicted in Makiyah's murder, was arrested by U.S. Marshals. 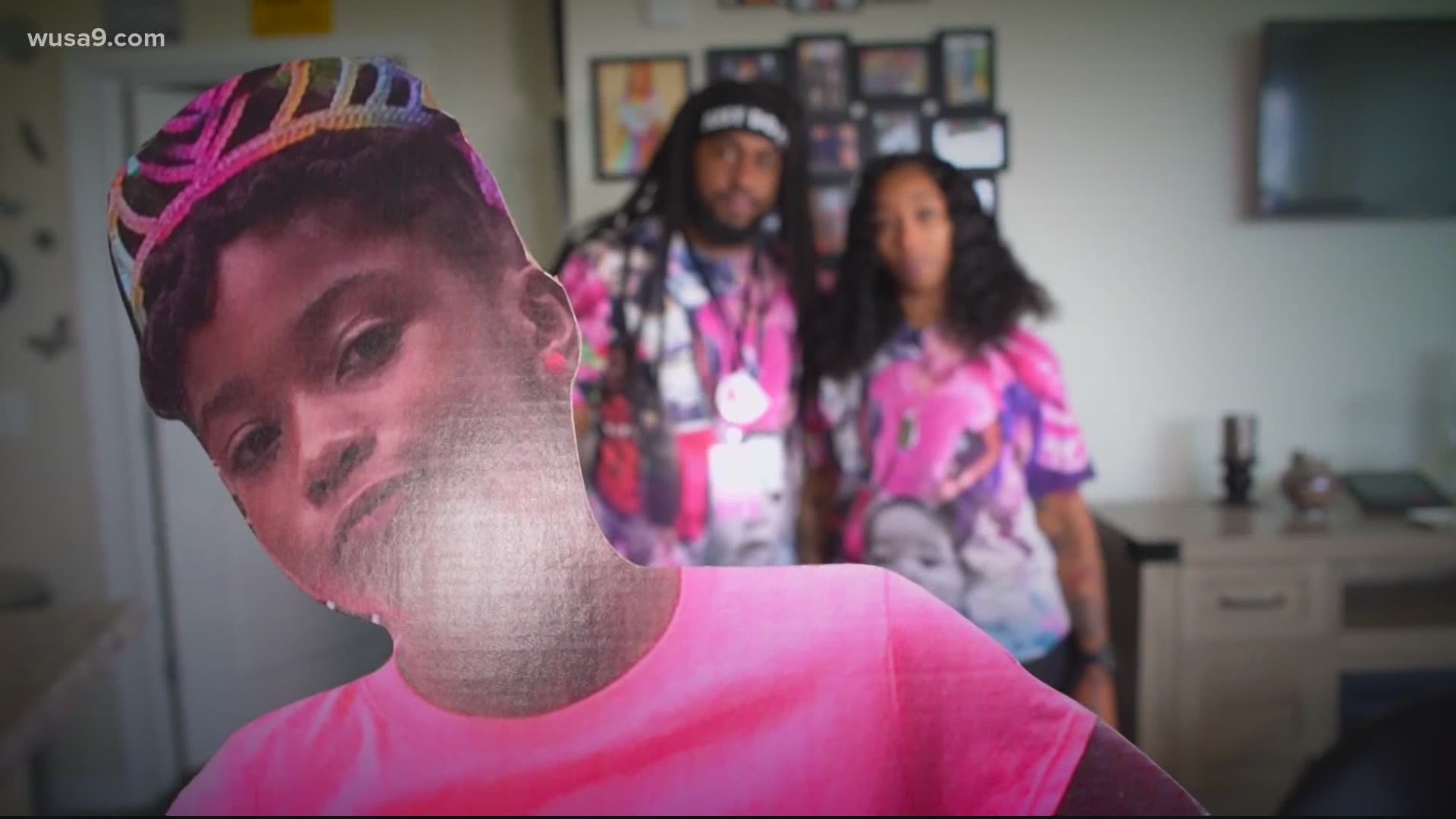 WASHINGTON — U.S. Marshals arrested D.C. fugitive Isaiah Murchison, one of 11 people indicted in the murder of 10-year-old Makiyah Wilson, at a residence in Fredericksburg, Virginia around 8:15 p.m. Thursday.

Ten-year-old Makiyah Wilson was killed while eating ice cream on her front stoop in July 2018. She was sitting in front of her home with her sister in Clay Terrace when a group of men sprayed more than 70 gunshots into a crowd of people.

The first trial in her murder was scheduled for Aug. 2020 but is delayed because of the coronavirus pandemic. But now, Makiyah's family is getting a sliver of good news.

A group of masked men were caught on video pulling up in a black car, jumping out, and firing barrage bullets into a crowded courtyard. Several people, including Makiyah and her sister, were shot. Makiyah was the only victim who did not survive the shooting.

An autopsy report revealed that she was shot through her back and into the heart.

Makiyah's mom told WUSA9 in 2019 that she was a vibrant, outgoing little girl who had recently turned 10-years-old before the tragedy unfolded. Her parents said that she loved school and would have been heading to the 5th grade after the summer was over.

Murchison is believed to be one of the gunmen who opened fire and a known member of the Wellington Park Crew, U.S. Marshals said. He faces first-degree murder charges.

According to the indictment, the gang texted and Instagram direct messaged about the locations of weapons, cash and a getaway car and driver.

The Wilson family has been busy in the last two years building a group called, Makiyah Scouts, to inspire young girls running a foundation in their daughter’s name and working to help stop violence in their communities.

Michael and Donnetta Wilson said the overwhelming level of support they got when Makiyah was killed in 2018 had fizzled, and they would like to see more continued support for their community as they continue to heal and fight for justice.

“I try my best daily, but I want to do this movement together because if we all do this together, it will make a statement,” Donnetta said. 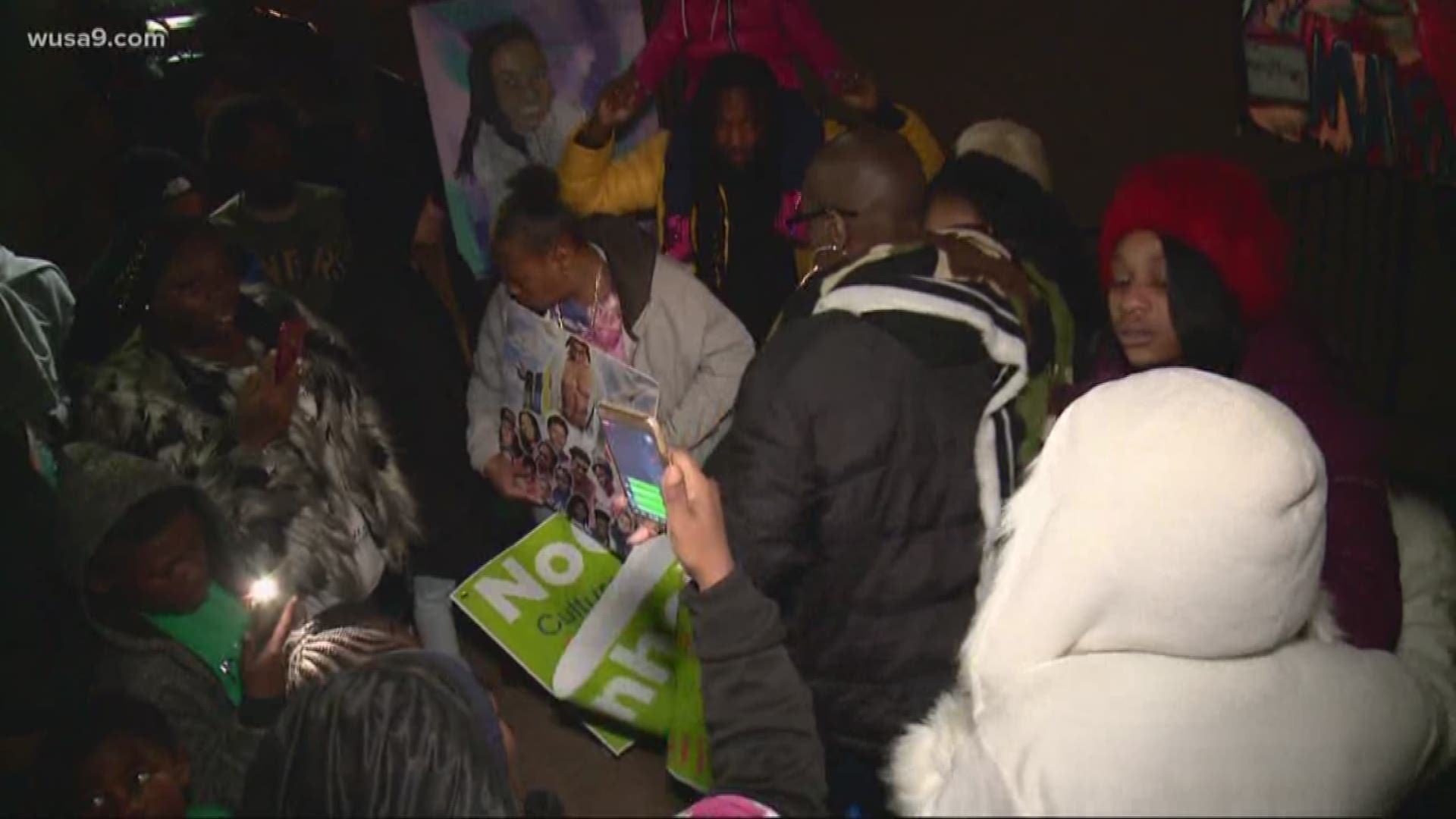 On November 30, 2019, Makiyah's family honored her memory by speaking out against gun violence in front of the White House.

Mike D'Angelo, Makiyah's uncle, said he walked from Philadelphia to D.C. to honor his niece's life and raise awareness about the dangerous consequences of gun violence.

"We have to teach each other how to love each other, how to take care of each other," D'Angelo said. "Understand there are parts to this gift that we have called life."

Family and friends held signs and painted artwork devoted to the little girl whose life was taken too soon, as well as wore shirts memorializing Makiyah. Posters plastered with photographs of Makiyah were held right outside the White House gates, depicting various images of her with loved ones.

Protestors included Mothers of Murdered Sons & Daughters United, an anti-gun violence organization that represents families who lost loved ones to tragedies like Makiyahs, and No One Left Unhelped, a program for mothers and children who lost a loved one to gun violence.

Wilson’s family is suing the District of Columbia Housing Authority as well, accusing the office of failing to provide security gates, guards, or even functioning security cameras -- all of which they say might have prevented the shooting.