'March for Our Lives' promotes creation of local action clubs

The groups would register people to vote, raise money for community engagement events and brainstorm ways to eliminate gun violence. 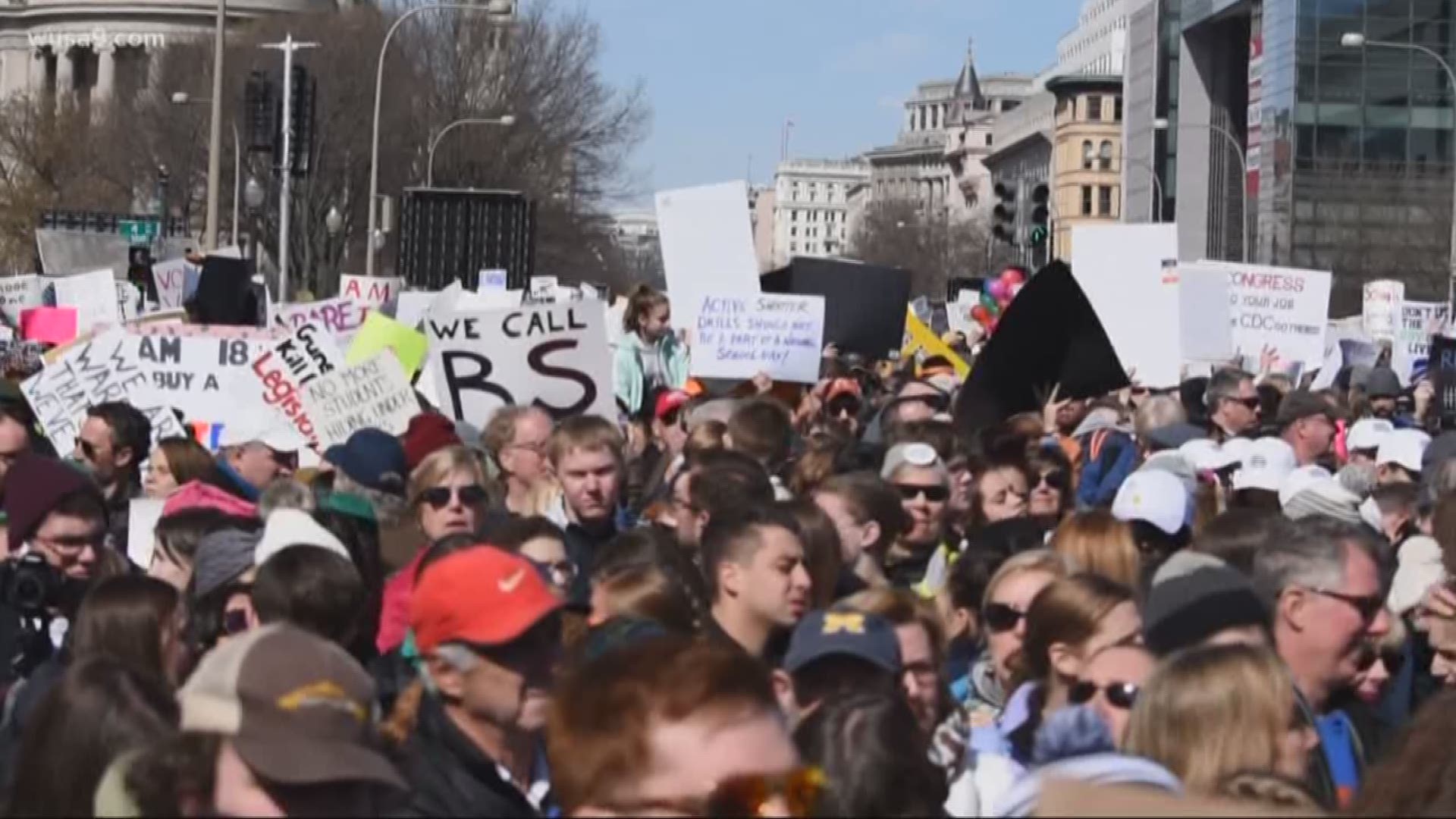 WASHINGTON (WUSA9) — The "March for Our Lives" may be over, but the fight for gun control is not.

Ever since the march attracted hundreds of thousands of people to Pennsylvania Avenue, participants have been committed to keeping the movement going.

The groups would register people to vote, raise money for community engagement events and brainstorm ways to eliminate gun violence.

University of Maryland-College Park student Angeline King told WUSA9 she is interested in creating her on local action club.

"I want to basically help this movement in any way I can and organizing students at UMD would be a great way to continue the movement here," she said.

March for Our Lives organizers also promoted town halls all across the country this past weekend. The events were called "Town Halls for Our Lives".

RELATED: 'Not another statistic': Speaker Zion Kelly inspired by March for Our Lives

Close to 200 people attended one in Sterling, Va.

She said its purpose was to talk with local candidates and leaders about what they plan to do to decrease gun violence in the community.