"Today, I raise my hand in honor of my twin brother, Zaire Kelly," Zion told the crowd, holding back tears. 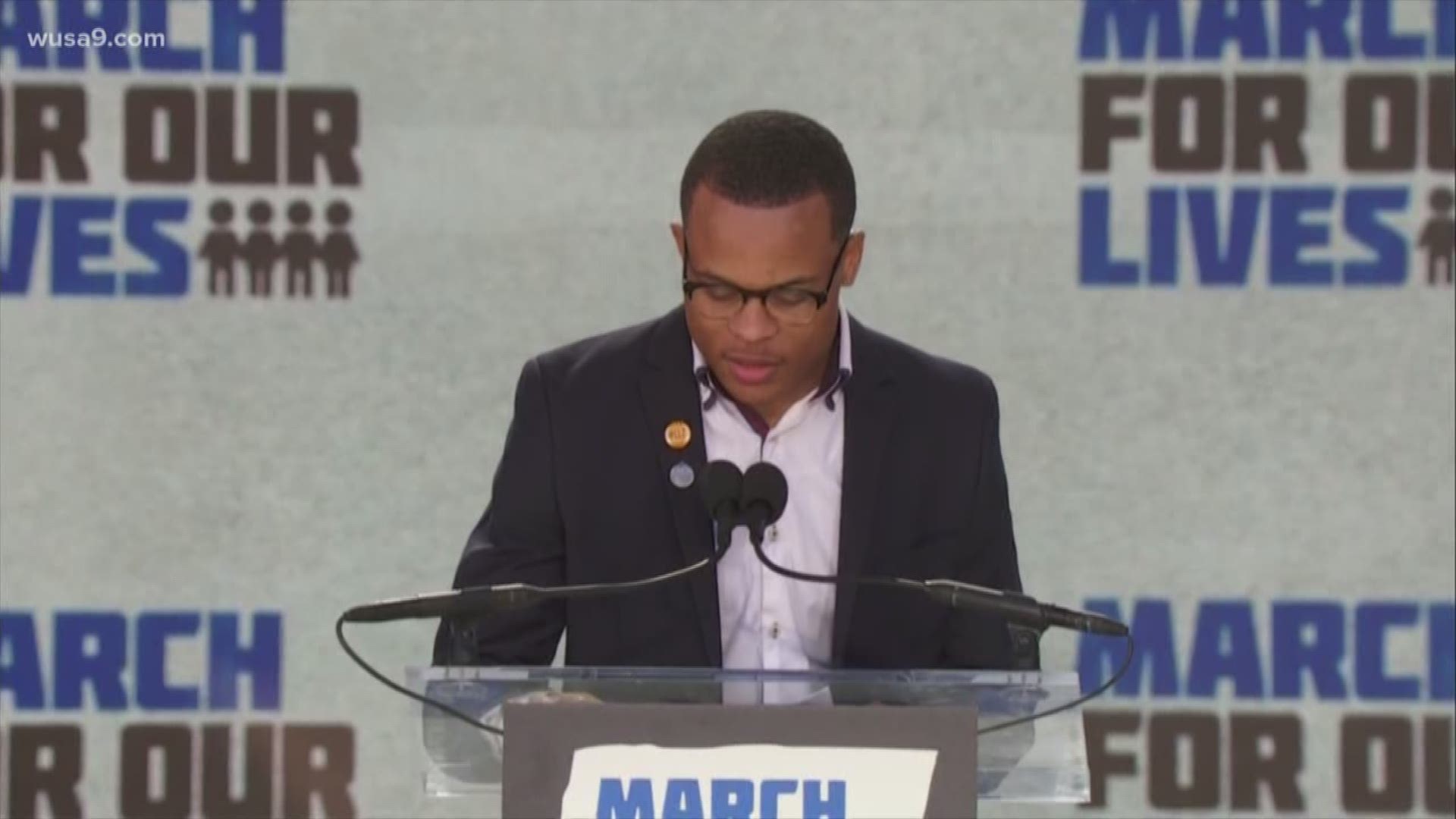 D.C. high school senior Zion Kelly started his speech in front of the 800,000 people gathered at the March for Our Lives by asking the crowd to raise their hands if they’ve been affected by gun violence.

Zion paused and raised his hand, too.

“Today, I raise my hand in honor of my twin brother, Zaire Kelly,” he told the crowd, holding back tears.

Zaire was shot while walking home from Thurgood Marshall Academy in Southeast, D.C. He had just left a competitive after-school program. Zaire had plans to study forensic science at Florida A&M.

“Zaire had the personality that would light up the room. He was energetic and full of dreams and asperations,” he said, adding that his twin brother also was the team captain on the track team, was running for student government president and was a youth counselor member.

“He was a person, a leader, an aspirer, not just another statistic,” Zion said of his twin brother. “And he was the best dresser I knew, with the most style,” he added with a smile and big cheers from the crowd.

“He shot my brother in the head,” Zion said, choking up. The crowd—including fellow students from D.C.—cried and encouraged him to continue on.

Credit: JIM WATSON
DC student Zion Kelly speaks at the March for Our Lives rally in Washington, DC on March 24, 2018. Galvanized by a massacre at a Florida high school, hundreds of thousands took to the streets in the biggest protest for gun control in a generation.

Zion said he came across the same man lurking on his street hours before.

The suspect had an ankle monitor and was supposed to be monitored by police.

For their entire life, Zion said he and Zaire shared the same school, same friends and same room.

“Can you image how it would be to lose someone that close to you?” he asked. “Sadly, too many of my friends and peers can.”

And in January, six students under the age of 19 were killed by guns in the District, Zion said.

RELATED: A look at every school shooting and the warnings signs before they happened

That’s one of the reasons why his family is proposing a change to D.C. laws.

“My name is Zion Kelly and just like all of you, I’ve had enough.”

PHOTOS: The best signs at the March For Our Lives