Hispanic vs. LatinX | Who is left out of Hispanic Heritage Month celebrations?

Latino, Hispanic, LatinX, Spanish. Who is included under all of these labels? Our #TheQandA team breaks it down. 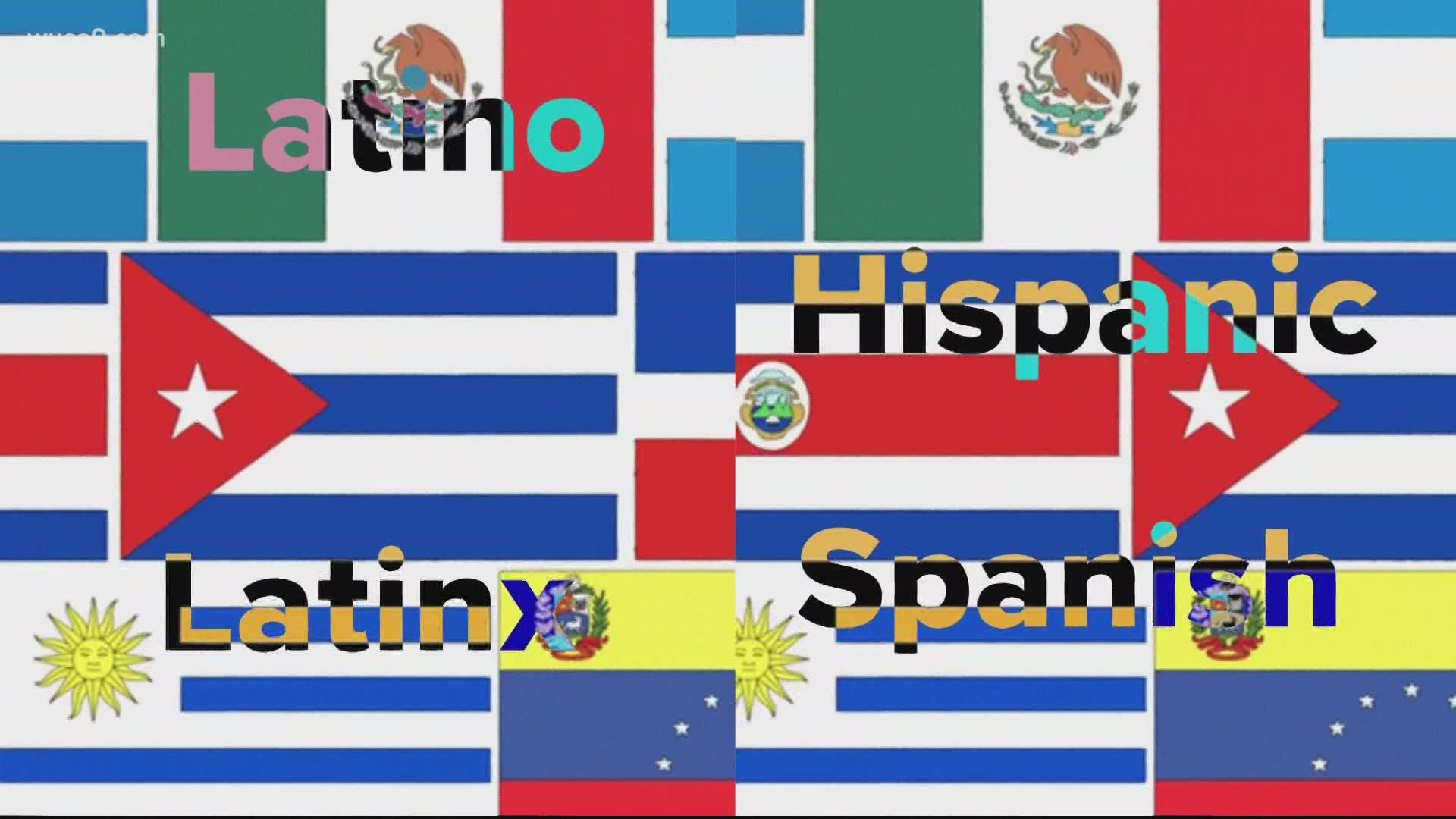 WASHINGTON — Throughout history, labels like Latino, Hispanic and Spanish have kicked up debates about identity in Spanish and non-Spanish speaking communities.

However, according to Meriam Webster’s most recent dictionary, the general definition of Hispanic refers to all people that originate from Spanish-speaking countries. That means Spain is an obvious yes, but places like Brazil and Haiti where they speak Portuguese and French or Creole — aren’t included.

Instead, according to dictionary.com, they can be considered Latino. Which classifies people who descend from Latin American countries — but whose language isn’t necessarily Spanish.

Latino was a term that started showing up on official United States documents in the 1990s. According to the Pew Research center, many Americans felt the term was only highlighting people who descended from Spain. According to their data, the two terms were used interchangeably and appeared next to each other for the first time on the 2000 census. The 2020 census, now has many more options for self-identifying.

The overlap between Hispanic and Latino communities is where most countries fall. Places like Mexico, Puerto Rico, Argentina and Cuba.

So what about LatinX?

According to Spanish grammar rules:

"Latinos can be a mixed group of Latin men and women. Latino refers to a Latin male. Latina is the feminine version."

And LatinX isn’t part of traditional Spanish grammar, but according to Pew Research Center, it’s used as a gender-neutral, pan-ethnic label.

So now that we cleared that up — why does Hispanic Heritage Month start on September 15?

According to the US Census Bureau, starting in 1968, Congress authorized the president to issue an annual proclamation creating a National Hispanic Heritage Week. It wasn’t until the late 1980s that an entire month was dedicated to the celebration. During that month we honor the contributions of Americans whose roots stem from Spain, Mexico, Central America, South America and the Spanish-speaking nations of the Caribbean. That means Latin X and Hispanic Americans are included.

September 15 was picked because of its cultural significance. That day marks the anniversary of independence of five Latin American countries: Costa Rica, El Salvador, Guatemala, Honduras and Nicaragua.