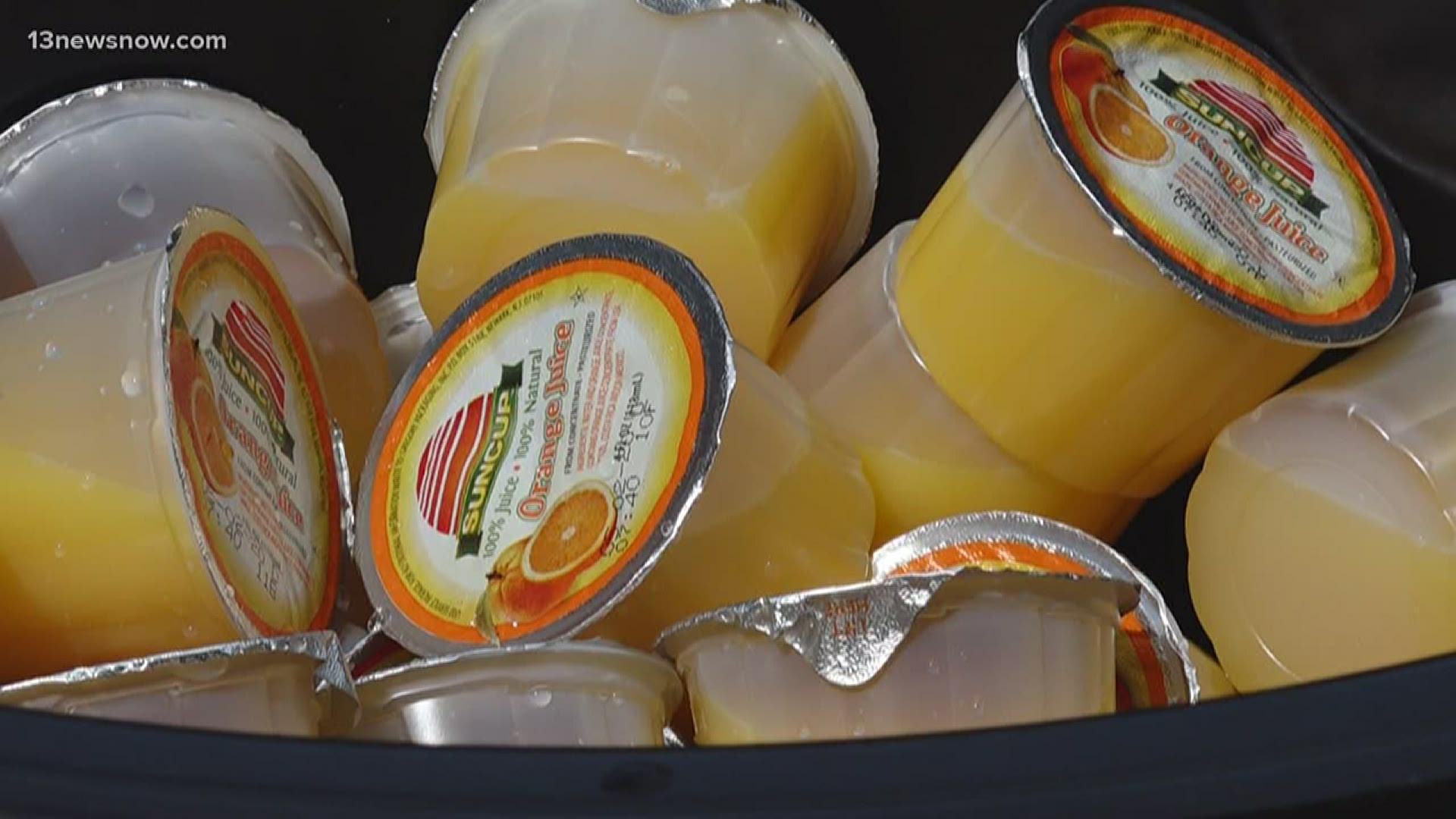 PORTSMOUTH, Va. — The food distributions are meant to help those who are on free and reduced lunch or face food insecurities during this outbreak.

Those bagged breakfast and lunch meals are free for students and offered during the weekdays.

Since Governor Ralph Northam announced in-person classes canceled for the rest of the academic year, many districts have added new food distribution locations.

"We're doing everything that's possible to make sure that we're helping out in this time of need,” said Bracy.

Working down the list of food distribution sites for public schools in Hampton Roads, right now:

I.C. Norcom High School in Portsmouth is one of the eight distribution sites in the city. Nora Rapada works in food operations at the school and said, "We are providing a service whether we feed them in the cafeteria, or out here doing the grab-and-go."

Rapada said parents are always grateful to pick up the meals for their children.

To help even more, starting next Monday, the Portsmouth School District will use school buses and drivers to bring meals to neighborhoods in the city where there are lots of students without access to transportation.

"I see the little kids walk, so they don't have to walk far, to go ahead and give it to them,” said parent Spanyuara Jackson.

Portsmouth Public Schools would then join the list of other districts with employees hopping in school buses or other vehicles to pass out food. That list includes Norfolk, Virginia Beach, Chesapeake, Suffolk with 11 bus routes, and Isle of Wight County with 32 bus stops.

Schools posted that they will continue meal services, even during Spring Break.

However, Virginia Beach Public Schools will operate on a new schedule starting next week. Instead of passing out food every day, staff will distribute enough food on Mondays to last students through Wednesday. Then on Thursday, they will give students enough to feed them the rest of the week.