Bryant wore the jersey during Game Five of the 2008 NBA Finals, the year he won the league’s MVP award. 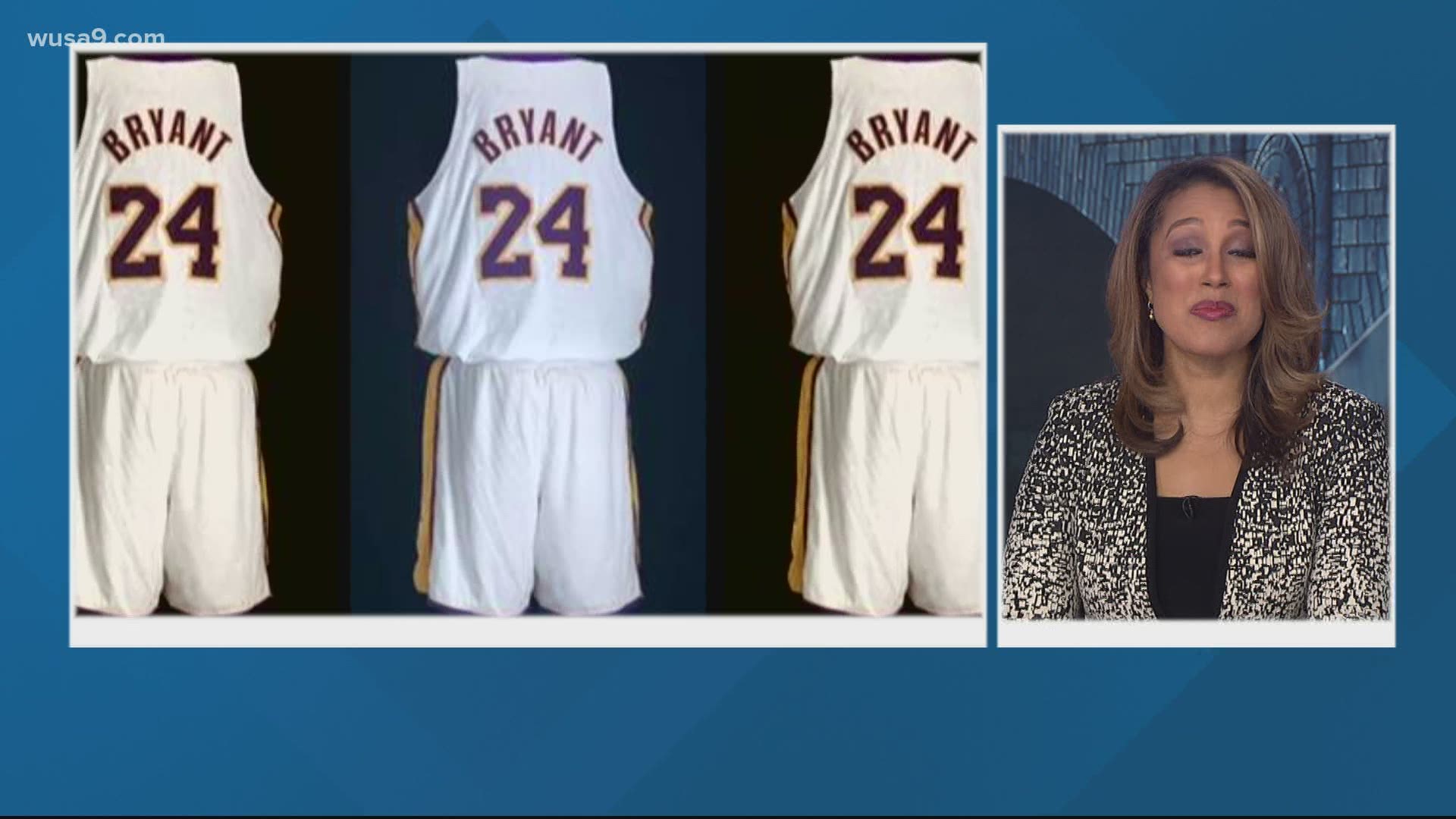 Bryant wore this important piece of basketball history during Game Five of the 2008 NBA Finals, the year he won the league’s MVP award. The jersey will be on display next to a pair of LeBron James' “Equality” sneakers by Nike.

“Kobe’s contributions on and off the court are remarkable,” Spencer Crew, interim director of the National Museum of African American History and Culture said. “As a founding donor, he understood the significance of this museum to the nation and the world. We believe now is the perfect moment in history to honor his memory by placing his jersey on view.”

As a five-time NBA champion, Bryant earned the NBA MVP in 2008 and NBA Finals MVP awards in 2009 and 2010 with the Los Angeles Lakers —  where he spent his entire NBA career. Bryant was also part of the U.S. men’s Olympic basketball team that won gold medals in 2008 and 2012.

The NBA logo is embroidered on the left shoulder — with the display text accompanying the jersey reading: “In 1996, Kobe Bryant became the first guard to successfully make the leap from high school to the National Basketball Association. At the time, experts were skeptical that high school wing players could compete in the NBA. His success ushered in the modern era of younger players in the league.”

As a founding donor of NMAAHC, Bryant urged his Twitter followers to visit the museum in 2016 by tweeting, “There is no greater testament to this country than the stories in this building.”

The Kobe and Vanessa Bryant Family Foundation contributed at least $1 million to the museum, and in 2017, Bryant donated his 2008 jersey to the museum.

Go. See. This. Museum. There is no greater testament to this country than the stories in this building. Honored to be a part of it @NMAAHC pic.twitter.com/HTPneDOWeC

Bryant, along with his 13-year-old daughter Gianna "Gigi" Bryant and seven others, died in a January helicopter crash in Calabasas, California when traveling to a youth basketball tournament at Bryant’s sports facility in Thousand Oaks.

For those who cannot visit the museum in person, the iconic jersey and more information about Bryant's career can be viewed online on the museum's website. Free timed-entry passes are required to access the museum and are available online.