Bruce Johnson hears from the people who say he made an impact on their lives. 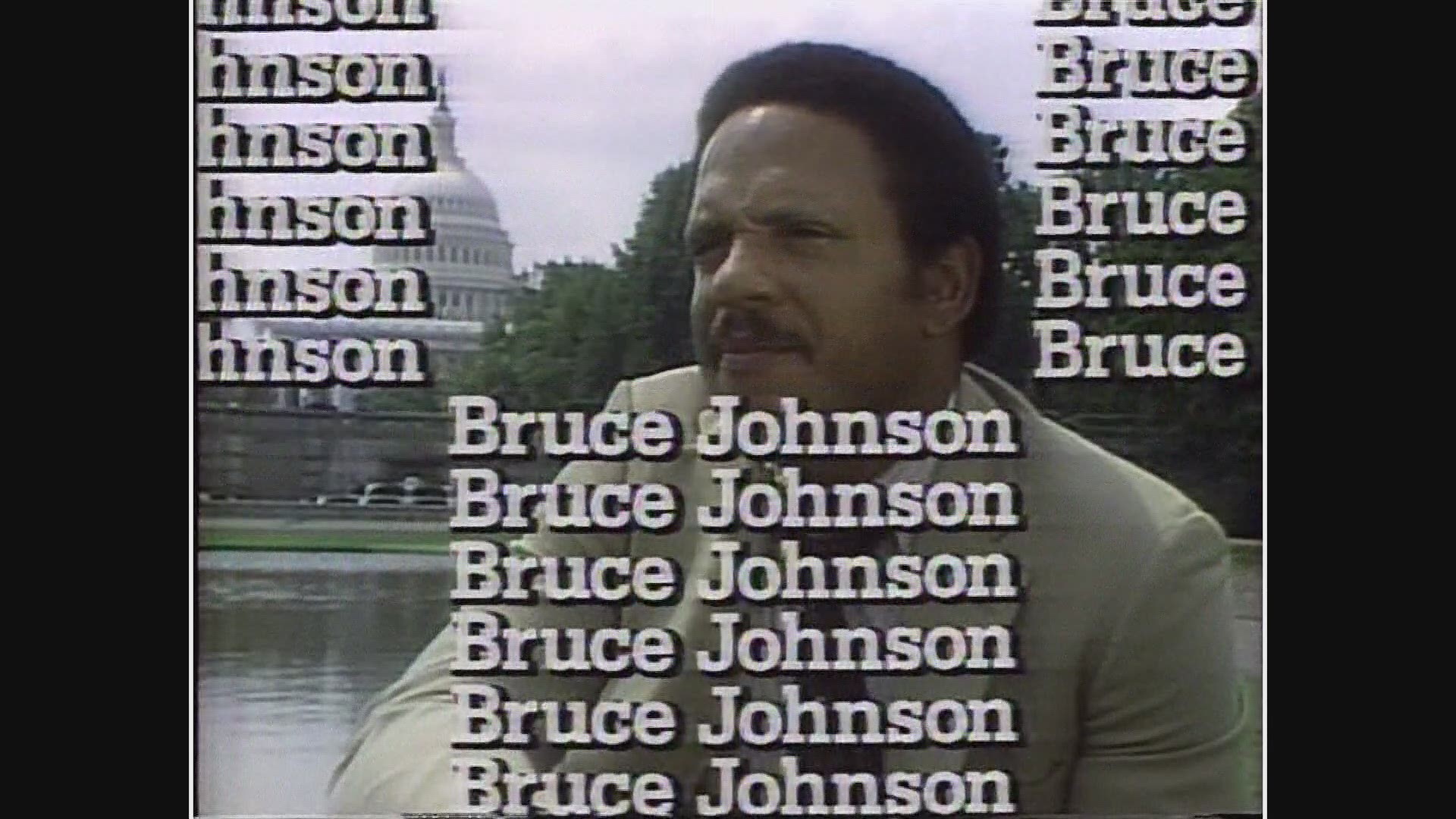 WASHINGTON — They are his current and former colleagues, his friends and some of his competitors.

But, when they heard that Bruce Johnson was retiring from WUSA after 44 years, they all wanted to let him know what he has meant to them professionally and personally throughout the years.

"He is the dean of news and not just because of his 44 years of service. It's because of how hard he fights for folks who need a voice and a reason to keep going," said Lesli Foster.

Lorenzo Hall watched Johnson on the news growing up. He said that Johnson had an impact on him growing up in the District.

"Just watching this smart, well dressed guy going after the city's most powerful on a daily basis," Hall said.

"You began your career before the Internet, before cable television. They had fewer choices for news, but they chose you," said former colleague Gregory Guise.

"And, this is not an exaggeration, the most significant reporter, correspondent and anchor in Washington, DC," said CBS Sports anchor James Brown.

All of his current and former colleagues said that Johnson was a leader in the newsroom.

He was someone to look up to, a friend, and a mentor who former colleague Kevin King said, "taught me a lot, taught me how to be a journalist."

Gordon Peterson, who shared the anchor desk with Bruce Johnson for many years, agrees.

"Nobody, in this town, has covered this city without fear or favor better than you have," Peterson said.

"I could not wrap my head around how anyone would respect, let alone, like Mayor Marion Barry. Bruce sat me down. He talked me through it. And, he explained it in such a way as I have explained it to many an intern, many a producer, many a writer and even many an EP," said former colleague Jessica Glasser Kaufman.

"You were a pit bull when it came to a story. I remember once in one of Marion Barry's press conferences, room full of reporters," said former colleague Derek McGinty, "Everybody wants to know the answer to one question, but were too scared to ask it, all except you!"

"You stood up in a classic Bruce Johnson style and said, 'Mr. Mayor, with all due respect, everybody's kind of dancing around it. But, I think what we want to know is do you do cocaine?' It was legendary!'", McGinty said.

DC Delegate Eleanor Holmes Norton said that she was "not the only member of Congress who has followed Bruce Johnson on TV as an anchor and as a reporter during his 44 years at WUSA9.

Senator Mark Warner (D-Va.) said, that Bruce's "investigative journalism has been the standard across the greater Washington area."

"Your work has been really important to this community," said Senator Tim Kaine (D-Va.)

"A trusted voice in our region," Virginia Congressman Gerald Connolly.

"Bruce has been out front covering the most important events in our region and in the world," said, Maryland Congressman Anthony Brown.

Maryland Governor Larry Hogan said, "Since 1976, folks across Maryland, Virginia and DC have tuned into WUSA for the outstanding reporting of Bruce Johnson."

Mayor Muriel Bowser said, "your perseverance and commitment to your craft is unmatched."

And DC Council Chairman Phil Mendelson said, "I wouldn't be chairman of the council if it wasn't for Bruce Johnson." He credits Johnson's reporting on him and his work as a young tenant activist some 40 years ago that pushed him to seek wider office.

Tony Perkins poignantly said, "You opened yourself up to everybody and shared your medical journey."

Michael Fox, his former colleague, said, "Thank the Lord I was with you when you had that health episode because I think that strengthened our bond." He was working with Bruce Johnson on the day he had a major heart attack in July 1992.

Andrea Roane said he unselfishly turned his health scares "into teachable moments helping to save lives."

"I'm so thankful I was able to spend a few of these years alongside you," said former colleague Steve Rudin.

So many of people praise and thank Bruce Johnson, like Leon Harris, "for setting the bar for all of us in this industry."

"I've been Bruce's colleague and his competitor. It's better to be his colleague. You see, Bruce is a great reporter, a great anchor and a great guy. Hall of Famer," Pat Collins said.

The love, good wishes and congratulations to Bruce Johnson are endless.

And as Delia Goncalves said, Johnson's "voice will be missed."

RELATED: Bruce Johnson: 'I stand on the shoulders of all those great journalists who were here when I got here'

Bruce Johnson has made such an impact helping and changing laws and lives through his work.

The Honorable DC Delegate Eleanor Holmes Norton recognized his outstanding achievements with a Resolution in the Congressional Record in the House of Representatives.

And, Maryland Governor Larry Hogan also recognized his 44 year career at WUSA with a Governor's Citation.

Add all that to a newly unveiled mural on the side of Ben's Chili Bowl, and Bruce will not be forgotten for his service to the DMV.